In Tunisia, Rached Ghannouchi emerges free from his hearing by the anti-terrorism unit

The leader of the Islamist-inspired Ennahda party, Rached Ghannouchi, was questioned on Tuesday July 19 in Tunis by the anti-terrorist unit, which decided to let him go free, a few days before a referendum proposed by Tunisian President Kaïs Saïed , of which Ennahda is the pet peeve 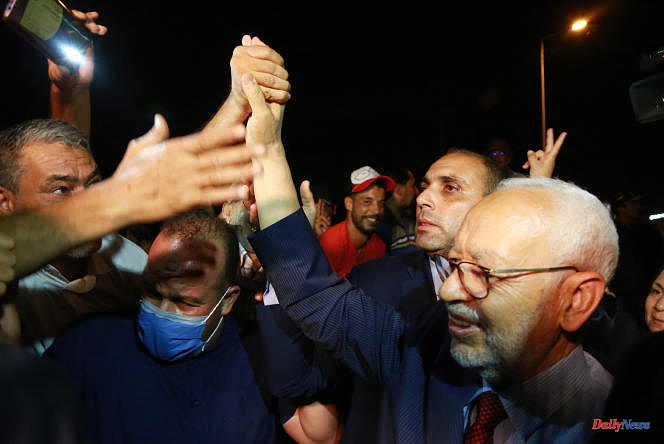 The leader of the Islamist-inspired Ennahda party, Rached Ghannouchi, was questioned on Tuesday July 19 in Tunis by the anti-terrorist unit, which decided to let him go free, a few days before a referendum proposed by Tunisian President Kaïs Saïed , of which Ennahda is the pet peeve.

"After an instruction session that lasted more than nine hours and 19 pleadings [out of 100 requested by the lawyers], the President of the People's Assembly [Parliament], Rached Ghannouchi, left the judicial pole to join his home,” his lawyer and former Ennahda official, Samir Dilou, announced on his Facebook page. Mr. Ghannouchi was "left free to move" by the anti-terrorism unit, Mr. Dilou told Agence France-Presse (AFP). Another of his lawyers told AFP that he was not subject to "judicial control measures".

In recent days, supporters of Mr. Ghannouchi feared that he would be arrested after his hearing before the judge. The Speaker of Parliament – ​​dissolved at the end of March by Mr. Saïed – had entered the headquarters of this specialized center around 9 a.m., to the cheers of around 150 activists from his party, surrounded by around twenty security vans. observed by AFP journalists. “Stop Political Trials,” read the placards of the protesters.

Mr. Ghannouchi, 81, has been under investigation since June on suspicion of corruption and money laundering linked to transfers from abroad to the Ennahda-affiliated charity Namaa Tunisie. . As part of the same investigation, the Tunisian justice had arrested, then released, last month, the former prime minister and leader of Ennahda Hamadi Jebali, who remains suspected of money laundering and will have to appear on July 20. before the judiciary.

In early July, the court ordered the freezing of the bank accounts of Mr. Ghannouchi and about ten members of his family and his party. Separately, on June 27, judicial authorities barred Mr. Ghannouchi from traveling abroad as part of another investigation into the 2013 assassinations of two left-wing leaders. Ennahda and Mr. Ghannouchi denied all charges against them.

Tunisia has been going through a deep political crisis since the coup by President Kaïs Saïed on July 25, 2021, which had suspended the Parliament, dominated by Ennahda, and dismissed the government, shaking the fledgling democracy in the country, the cradle of the "springs". Arabs". Mr. Saïed is under fire from intense criticism from the opposition for having excluded him from a national dialogue on a new Constitution, which he plans to submit to a referendum on July 25.

The opposition, in particular Ennahda, as well as human rights organizations, accuse him of wanting to have a text tailor-made for him adopted and of using state and judicial institutions to settle his accounts politically.

1 The mystery of the death of 21 young people, found... 2 Purchasing power: MEPs vote to increase pensions and... 3 Presidency of the LR party: Aurélien Pradié, François-Xavier... 4 "These people": Nupes deputies denounce... 5 Purchasing power: the PCF, EELV and the RN accuse... 6 In Nigeria, the national oil company freed from state... 7 Netflix loses a million subscribers in Q2, but expects... 8 Dominique Boutonnat kept at the head of the CNC, despite... 9 American director Tim Burton winner of the Lumière... 10 Tour de France 2022: Tadej Pogacar fails to solve... 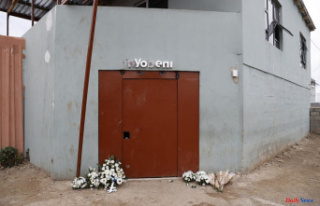 The mystery of the death of 21 young people, found...