Free transport is beginning to be emulated in Europe

Free transport is beginning to be emulated in Europe. From the start of the school year in September, the Spanish government will make certain types of train tickets in the country free, as our colleagues from Courrier international have spotted. The announcement was made on July 12 by Prime Minister Pedro Sanchez himself, during a debate on the state of the country. This measure was taken as Spain faces runaway inflation, which stood at 10.2% in June, compared to around 5.8% in France.

In detail, this free service will concern Spaniards with a subscription to Renfe, the national railway company, applying to the regional and suburban transport network: Cercanias, Rodalies and Media Distancia are the subscriptions concerned by the measure of the Spanish socialist government. . Set up on September 1, it should end on December 31, 2022.

According to the Spanish media, in addition to inflation, this temporary free service responds to two issues that affect – among others – Spain. “On the one hand, the attempt to mitigate global warming, which is fueled by fossil fuel vehicles, such as cars. On the other hand, the increase in fuel prices over the last few months caused by the war in Ukraine,” says La Vanguardia.

Concretely, if you go to Spain during the last quarter of 2022, you will still have to pay for your ticket to board these trains. Indeed, the Spanish announcement is – in fact – more complex. To implement its measure, the government of Madrid increases the public subsidy from 50% of Renfe subscriptions to 100%. Urban and metropolitan transport is not affected. The latter already benefit from a 30% reduction in the price on "multi-trip" tickets.

Spain is not the first country to take measures to make rail transport free. Thus, since March 2022, Luxembourg is one of the first countries where inhabitants – and tourists – no longer need to buy a ticket, the public network being completely free. In addition, Malta intends to implement a similar measure – reserved for Maltese citizens – by October.

More recently, Germany has also distinguished itself in this area. For the summer season, the government of Olaf Scholz has implemented a transport pass at 9 euros, which allows you to travel through several German regions at a low price. 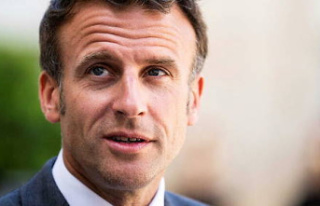