Ironically, a theologian pretends to be a doctor and vaccinates hundreds of people against Corona. 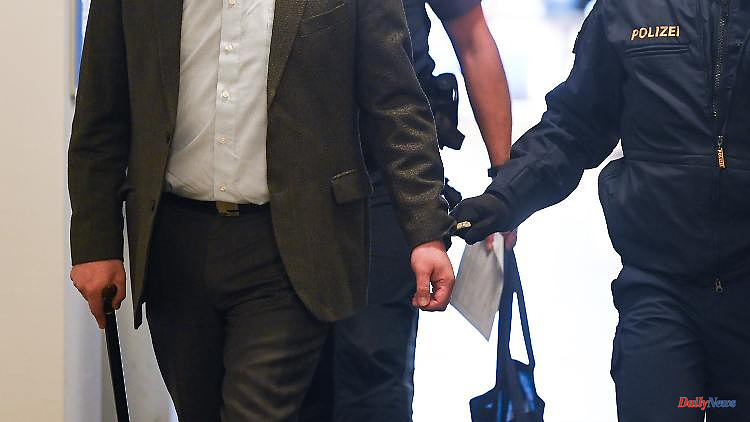 Ironically, a theologian pretends to be a doctor and vaccinates hundreds of people against Corona. When the imposter is supposed to inject the vaccine into a real doctor, he is caught. He himself says he wanted to do good. The judge thinks he is inhuman and is harsh on him.

Judge Jacqueline Aßbichler finds clear words for the accused: "He's an imposter," she says, calling him "inhuman, inconsiderate, irresponsible, lacking in empathy" - and sentences him to three years and ten months in prison.

The judgment of the Traunstein district court against a theologian who posed as a doctor and vaccinated hundreds of people against Corona in Upper Bavarian vaccination centers resulted in a settlement with the accused. He is anything but the do-gooder he wants to portray himself as, says Aßbichler, also referring to shocking private chat histories in which the man comments on other topics. His life was shaped by "deceiving and manipulating".

The court convicted him, among other things, of commercial fraud, misuse of title, dangerous bodily harm in 305 cases and 1144 counts of intentional bodily harm. The public prosecutor had asked for five years in prison, the defense a suspended sentence. The man worked in the Rosenheim vaccination center and in the Karlsfeld vaccination center in the Dachau district, as well as with mobile vaccination teams in care facilities, for example. According to investigators, nobody suffered any health damage.

He is said to have billed a good 20,000 euros, but according to the defense he received no money in the end. The current case was blown up not least when the wrong doctor vaccinated a real doctor. He noticed that the man could not answer even the simplest medical questions, as a police officer who was responsible for investigations at the time reported in the taking of evidence. The vaccination center then filed a complaint.

At the start of the trial in February, the accused had largely admitted the allegations made by the prosecution. It was correct that he used a false doctorate, forged a license to practice medicine and thus wrongly administered a vaccine, he said through his lawyers. But his motive was quite altruistic, he claimed. He wanted to do "something good" and help get the vaccination campaign going. In his last word he had said: "My character values ​​are the basis of my actions and actions."

It is a formulation that Judge Aßbichler quotes to show the man that she does not buy his motives - just as little as his statement that he suffered greatly from the fact that he was unable to become a priest after studying theology. "The court didn't fall for that," she says about the defendant's attempts to draw attention to his sensitivity to detention with illnesses. He came into the courtroom with a walker - and then "jumped off the step like a young deer," she says.

The defendant's lawyer criticizes the way in which the verdict was justified and also that chat histories, which have nothing to do with the accused offences, were introduced into the proceedings in order to present their client in a particularly negative light. The defense is considering whether to appeal the verdict.

"The court is obliged to determine the truth," emphasizes Aßbichler in her justification that the accused is exactly what the public prosecutor thinks he is: an "impostor and fraudster". Again and again it is aimed directly at the accused. Once she says, "Thank God you didn't become a priest."

1 Action on the red carpet: Tom Cruise pimps up the... 2 After criticism of Russia's attitude: Former... 3 Two lows let it rip: "Most dangerous thunderstorm... 4 First pitch storm, then attack: Fan has to go to jail... 5 Cooperation with universities: China uses German research... 6 Critics see FIFA as an obligation: The 420 million... 7 Do I need beard oil to care for my beard? 8 "Rude and "unprofessional": Strack-Zimmermann... 9 The climate parasites of the CSU?: "Preventing... 10 After the sinking of the "Moskva": London:... 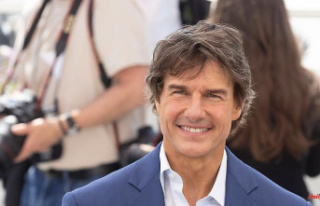 Action on the red carpet: Tom Cruise pimps up the...