"Innocence" by Takis Würger: "I know the role as an outsider"

Takis Würger is on a book tour. 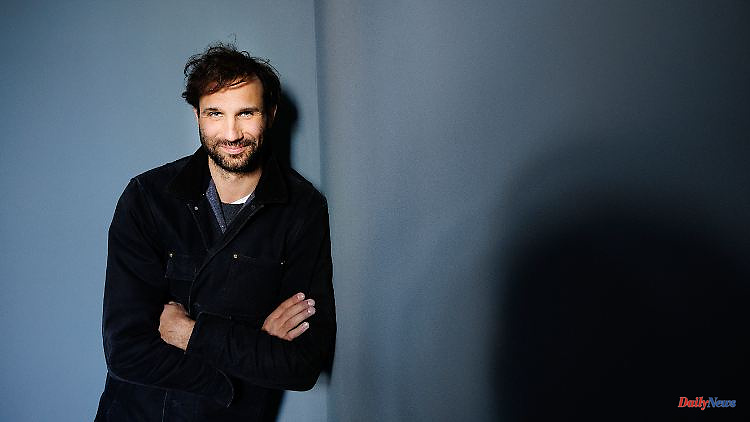 Takis Würger is on a book tour. With his new novel "Innocence" he fills the rooms and tempts the listener to follow him into the world of the rich and beautiful. And into the world of Molly. Molly is probably beautiful too, but she doesn't see it, and she's certainly not rich. Molly has 28 days to prove her father's innocence, who is about to be executed for a murder he most likely didn't commit. Takis Würger meets ntv.de in Berlin-Kreuzberg and talks about bike rides with his father that didn't go as planned, shitstorms that went below the belt and about the feeling of being an outsider, but not finding it bad. Highly praised for his debut "Der Club", torn for "Stella", overall very successful, Takis Würger now knows how to deal well with criticism. And there's definitely that for "Innocence" too, but maybe there's also a request for a film adaptation of the material. The potential is definitely there.

ntv.de: It took me a moment to get into it, and in the end the book could have been longer.

Takis Würger: (laughs) That's good. I've heard before that my books are too short, maybe I should change that.

How did you come up with the story?

I rode my bike through Rosendale. So through the place, which also plays a central role in my novel. All major structures on the US East Coast are made of Rosendale cement: the Brooklyn Bridge, the base of the Statue of Liberty, the Capitol. It's a place with 1,500 souls, with brightly painted houses, one main street, and you can't really see anything of the heyday of this place about 150 years ago. I found that fascinating. And then at some point "the Rosendales" came into being in my head, a family that became rich with cement.

Rather the topic of "prosperity neglect". My first novel "The Club" is already set in the English upper class. That's why I moved to Rosendale for two months to research "Innocence".

And why were you riding your bike through Rosendale again?

My father's dream was always to go on a bike tour through the USA. At the time I was a fellow at New York University, I was invited there as a writer, so I was in Manhattan anyway. But in the end, my father and I only cycled through New York State instead of the entire United States. And this Hudson Valley is just a wonderful, picturesque and magical place with those rolling hills and that big river.

The people behind the fat, white wall in the novel - where do you get them from?

Ever since I first met rich people at university in England who are growing up feeling like they'll never have to work in their lives, I felt like I needed to take a closer look at these people. I myself come from a working-class family, my ancestors were fishermen from Cuxhaven, my family has always worked. Instead of developing goals that people like you or me have, the super-rich indulge in "innocence" in the neglect of wealth. They settle into their sluggish boredom. And they are committed to the gun lobby.

However, it is an elegant form of neglect, after all you drive up in a Bugatti convertible and wear a tailor-made suit. It is reprehensible nonetheless. But it is something that very few - and that is my observation from reality - look down on. The neglected of wealth are treated better than the poor everywhere. After all, it is still the case that there are no opportunities for them to escape poverty.

How did you deal with them now, with the rich, which you pick apart very critically?

As a writer, I've been fortunate enough to meet a few wealthy people while in New York -- which isn't that difficult in Manhattan, where pretty much everyone is rich. And they took me into their world in a natural way. I don't write about those I met, but I was invited to parties like the ones I describe in the book. And at first it looks quite normal for someone like me, because that's where people work who serve food and drinks - only with the difference that they always work on the premises and are not just employed for an event, because they are "servants". Of course, I don't mean to say that having staff or being rich is inherently reprehensible. At these parties, I've also met kind and smart people who wear a $50,000 Patek Philippe watch on their wrist.

And the Rosendales you invented...

... are the compression of many figures. I've never met anyone who behaves completely like Jonathan Rosendale. Rosendale has a lot in common with people I met while I was a journalist in Texas. These were people who were completely open and enthusiastic about guns. Who love to shoot around with it, just like that. For me, working as a writer in moments of conception often means condensing what I have experienced, what I have researched and what I am imagining into new characters.

The trailer park site, how did you get to know it?

That was easier. You go there and say: "Hello, I'm a writer from Germany", and they say, "Oh great" and have a beer with you and explain the situation to you. And despite all the grievances that prevail in a trailer park like this - I mean, these aren't small houses, they're caravans - some of the people think the way they live is okay and also have a certain form of pride. For me - and this runs more or less through my entire book - it is also sad in many places: the people who live on food stamps and because life in the States is so fully capitalized have hardly any chance of breaking out. They're really poor. And such a person is Molly.

The main character, the outsider.

Because of your origin?

Molly has it way harder than me. I think everyone knows when you start a fight and you know right from the start: "Actually, I don't have a chance". Luckily for very few of us it is as dramatic as in the novel, where a daughter fights for her father on death row. But we know the feeling of fighting for a marriage or a partner, a friendship, a job, even if it doesn't make sense. For me, literature also serves to intensify this longing, this hope, and basically Molly shows us a kind of heroism that I would like to have myself.

What drew you to the character of Molly in particular?

That she's a heroine who isn't particularly convinced that she's fit to be a heroine. Writing is a mysterious process. It's not always totally logical what you do as an author. The funny thing about the work is that afterwards you have to come up with completely logical answers to the completely logical questions journalists ask (laughs) and you don't necessarily have an answer right away. I developed Molly as an antithesis to the Rosendales, and I asked myself: Who would find it particularly difficult for to sneak into this family and solve a crime? And so this young woman was born, who belongs to the poor and who is already burdened because of her stuttering. On top of that, she has a very short fuse, which makes her interaction with the Rosendales really difficult because she freaks out so easily.

You said earlier that you can identify with her - why?

I know this role as an outsider, albeit to a much smaller extent. When I was 16 I went to the USA as an exchange student. The campus was as big as the village I come from. For a whole year I felt like I didn't belong and didn't dare go to the cafeteria.

In a situation like this you're an outsider, but a year is awesome...

At 16 I was still a kid. I was badly homesick. But as small and insignificant as such an exchange year is compared to the problems that other people have to deal with, I noticed there that it is sometimes worthwhile to endure something that is difficult at first and that seems almost impossible to cope with. After five days, I begged my parents to come home and they said, come, this week, next week, next month.

So you're still eating from it today?

I'm 37 now and the first people around me are getting lost now. We used to feel immortal and now marriages are falling apart, fathers are annoyed by their children, they get depressed, alcohol plays a role, and we realize that some of our dreams will probably no longer come true. I have a feeling that many around me have. But some shake and walk on, and some buckle.

You already know this feeling from your youth and you know: shake, don't buckle...

You were a journalist, now you're a writer, you quit your job and you're writing novels. So the main thing is to write?

i love to write "Just" being allowed to be a writer was my dream! For me it was always the idea of ​​maximum freedom: surf in the morning, write in the afternoon (laughs). That's why "Innocence" was partly created in South Africa, because there I could live the maximum freedom for a while. And I just like being alone.

Which brings us back to underdog status...

Yes, somehow. I was the youngest at journalism school and the only one without a degree, then later I went to Cambridge University, and then I was the oldest. In the literary business and in my hobbies, too, I somehow feel like an outsider at times. That's why I'm interested in these characters like Molly, a very shy young woman. Shy and young is a feeling I know.

I pictured Molly as Kristen Stewart...

Good comparison! And I always imagine that Molly wouldn't like me at all if she met me (laughs). I would be too loud for her. But she would fascinate me, she is fine and rough at the same time. She has a certain view of the world, a special aesthetic that I find interesting. I imagine that Molly is a beautiful woman trying not to be beautiful at all!

Jonathan Rosendale, the patriarch, who is also quite nice in his perfidious way, also finds this out.

I like these characters who are antagonists and at the same time you think you could have a beer with them now and then. That the evening could even be quite funny. Because a Rosendale like that would put their hand on your shoulder at the end and make you feel like it was a nice evening. Such a person is used to everything going the way he wants it to.

But also a bit passive-aggressive.

I had to google that when someone accused me of being like that (laughs).

I always thought only moms could be passive aggressive...

1 Bavaria: Bavarian Tennis Association wants to take... 2 Saxony: Drivers left the road near Frohburg 3 Saxony: man seriously injured in a dispute with a... 4 DFB cannot be eliminated today: Germany has a new... 5 Neighbors report "banging noises": Two dead... 6 Farewell to childhood dreams: This is how Natascha... 7 Don't be caught off guard: How to make your house... 8 Saxony: Four injured women in a traffic accident in... 9 Thuringia: Search for 39-year-olds has a surprising... 10 Saxony: Man wanted by arrest warrant arrested in car... 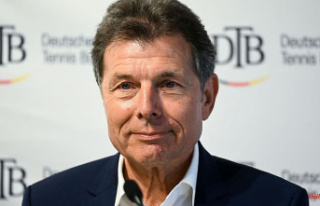