A film that takes place in the 1970s, but is more relevant today than ever: the Estonian-British co-production "Firebird" is above all a story about forbidden love. 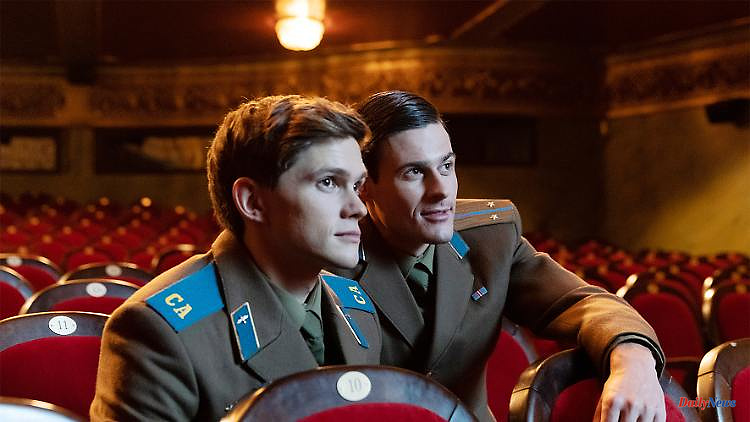 A film that takes place in the 1970s, but is more relevant today than ever: the Estonian-British co-production "Firebird" is above all a story about forbidden love. Tom Prior and Oleg Zagorodnii play the true story of Sergey Fetisov. In an interview with ntv.de, the actors explain the strange parallels between the film and their lives, how they got Zagorodnii from the Ukraine and what they take away from this incredibly sad film.

ntv.de: You both play such unique characters in this film. How did you prepare for the roles of Sergey and Roman?

Oleg Zagorodnii: Peeter Rebane, our director, organized everything in a really smart and professional way. Not only was it my first international project of my career, it was also his first experience with such a big film. So we rehearsed a lot and had a long discussion after each scene. Often Tom and Peeter, who wrote the screenplay together, would say that we should take the next day off so they could spend the day rewriting the screenplay.

Tom Prior: Writing the script really helped prepare me for the role. Peeter and I started working on the film as co-writers in 2015. During this time we were often in Russia. The first time was during the Victory Day parade - when all the thousands of tanks and missiles roll through the city. It gave me perspective on what this system and the presentation really is. After that, I wanted to adjust the script and put more emphasis on the military aspect.

What other preparations did you make to find your role?

Zagorodnii: They sent us to the Estonian Defense Forces to see how they go about their day, to learn about discipline and how to shoot. And then we had a special advisor who taught us a lot of things. I learned everything about the life of a fighter pilot from a real fighter pilot. We used his real helmet for the recordings. I was with him for three months - that's how long it took me to prepare.

Mr. Prior, you met Sergey Fetisov, about whom the film is about, in real life. Can you describe him?

Prior: In real life he was a very free, open-minded, passionate person. We were in Moscow and he was openly flirting with a male waiter in a suburban restaurant. And when Peeter and I saw that, we thought: 'Wow, he's not scared'. But he also knew how to keep his life private enough for his own safety.

You play his role in the film. How did meeting him change your portrayal of the role?

Prior: Meeting Sergey in person really influenced me a lot. While the film is quite sad in nature, I love that the story ends up being almost uplifting. And this is due to his open and fearless character and sunny and positive personality. When I went to his funeral in 2017, everything changed again. I wanted to leave this man's legacy with the utmost conviction.

What difficulties did you have in getting into the characters of Roman and Sergey?

Zagorodnii: The hardest thing for me was learning enough English to be able to play the role. I didn't think that would be possible. Because before that I only had experience in Ukrainian TV shows.

Prior: The biggest challenge for me was probably my own belief in myself. Shortly before the shooting I had a massive crisis of confidence. It was the first time that I played the leading role in a film. I had put so much work into the script and I was like, "Oh god, maybe I'm not going to be any good." I really had to dig deep to find that bite and determination - maybe a bit like Sergey does in the film.

It was the first time you wrote a screenplay. How did that change your acting?

Prior: I was educated at the Royal Academy in London. I had a terrible time there though. I didn't really want to be an actor after that. But then I started writing little scenes and half a play. Through this process, I fell in love with acting again. The combination of writing and acting has proven to be very intuitive. The beauty of it was that I was so well prepared for every scene.

The film takes place in the Soviet Union. How did the war in Ukraine change your view of film?

Zagorodnii: When this war started, I immediately thought of the parallels to the film. For me, we Ukrainians are fighting for what Sergey and Roman fought for: for their future and for freedom from this system. Because Russia is still the same Soviet Union. It is a child of the Soviet Union.

Mr. Zagorodnii, you missed the first two premieres of the film in London and New York. How did you manage to come to Berlin?

Zagorodnii: That's actually quite funny because it's another parallel to the film. Just like Sergey saves life in the movie Roman, Tom was able to find a way out of Ukraine for me. The whole film crew wrote many letters to the Ukrainian Ministry of Defense and Culture. But nobody answered.

Tom: I reached out to Thor Halvorssen at the Human Rights Foundation. I invited him to our premiere in LA and he wanted to know where Oleg is. So I explained it to him. And within a few days the matter was resolved.

Is there one thing you want viewers to take away from this film?

Zagorodnii: This film is very important to me. I want people to be themselves. That's all we need. If someone wants to spend their life with someone else, just give them a chance to be happy. This also applies to me and my country: let's just be Ukrainians. We want to be Ukrainian, we want to be an independent country. Just as Roman and Sergey want it to be in the film.

Prior: Shortly after our premiere, I was walking down the street in New York and I saw two men holding hands and nobody noticed. Not because they are invisible, quite the opposite. It doesn't even create a conflict in people's minds. But if you do that on the street in many other countries around the world today, that's the end of life, the end of freedom. That's why I want to use this film to remind you that freedom can be lost again very quickly if these attitudes remain uncontrolled.

"Firebird" is now in German cinemas. 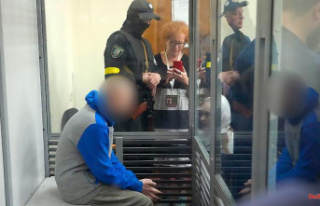