Iranian nuclear: resumption of talks to break the impasse

It is the first time since March that all the parties (Iran, Russia, China, France, the United Kingdom and Germany) come together, with the participation of the United States, in order to save the moribund agreement of 2015, supposed to prevent the Islamic Republic from acquiring atomic weapons. 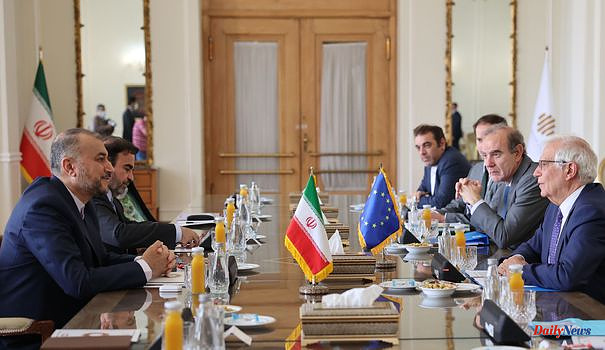 It is the first time since March that all the parties (Iran, Russia, China, France, the United Kingdom and Germany) come together, with the participation of the United States, in order to save the moribund agreement of 2015, supposed to prevent the Islamic Republic from acquiring atomic weapons.

This new session of talks which began in April 2021 "could make it possible to rectify the situation and restore the momentum necessary to cross the finish line", estimates for AFP Ellie Geranmayeh, analyst at the European Council on International Relations ( ECFR).

On the way to the Austrian capital, Iranian chief negotiator Ali Bagheri called on the United States to "seize this opportunity (...) to act responsibly".

The talks are to take place at Cobourg Palace, the venue for the talks, under the aegis of European Union coordinator Enrique Mora, in charge of shuttling with the American delegation.

In a message announcing his trip, he immediately tempered the enthusiasm.

"Our expectations are measured but the United States (...) is ready in good faith to try to find an agreement", he wrote on Twitter. "We will quickly be determined to know if Iran is ready for the same thing".

After the failure of talks in Qatar at the end of June between Americans and Iranians, the head of European diplomacy, Josep Borrell, submitted a draft compromise on July 26 and called on the parties to accept it to avoid a "dangerous crisis". .

Iran has also put “ideas” on the table and hopes to discuss them “in this round of talks,” Foreign Ministry spokesman Nasser Kanani said on Wednesday.

A European diplomat based in Vienna welcomed "a meeting which shows everyone's desire to move forward". "It's positive, but at the same time there is absolutely nothing guaranteed," he warned.

Among the remaining obstacles is the lifting of sanctions against the Revolutionary Guards, the ideological army of the Islamic Republic.

On Tuesday, John Kirby, the White House spokesman for strategic issues, reiterated the US president's refusal to remove them from the list of terrorist organizations "as part of these talks".

Tehran is also calling for guarantees in the event that Joe Biden's successor goes back on his word, as well as the closure of an investigation by the International Atomic Energy Agency (IAEA), the UN nuclear policeman.

The pact known by its English acronym JCPOA aims to guarantee the civilian nature of Iran's nuclear program, accused of seeking to acquire atomic weapons despite its denials.

But following the unilateral withdrawal of the United States in 2018 at the instigation of Donald Trump and the reinstatement of American sanctions, Tehran has gradually freed itself from its obligations.

Iran thus exceeded the uranium enrichment rate of 3.67% set by the JCPOA, rising to 20% at the start of 2021. Then it crossed the unprecedented threshold of 60%, approaching the 90% necessary for the making a bomb.

In this technological race, Tehran has also multiplied the number of centrifuges. This week alone, new machines have begun to be powered at the Natanz site and several hundred more have been installed, according to a report submitted by the IAEA to member states on Wednesday.

"The program is going very, very quickly (...), growing in ambition and capacity", worried the day before Rafael Grossi, the director general of the Agency.

1 Italy: Salvini in anti-migrant campaign on the island... 2 Film world: "Joker" sequel announced for... 3 EU gas emergency plan: Germany must save more than... 4 Debate about lifetime extension: Söder and Merz visit... 5 Bavaria: Expert on heat action plans: "Very high... 6 Bavaria: fire in the plastics factory in Pöttmes:... 7 Baden-Württemberg: Against the littering of the Black... 8 Baden-Württemberg: truck on the A6 is on fire: full... 9 Baden-Württemberg: Hofbrand in Neckargemünd: High... 10 Baden-Württemberg: Three injured after a collision... 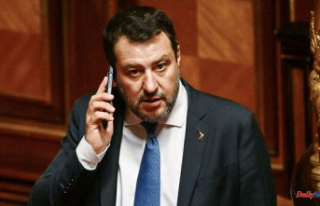 Italy: Salvini in anti-migrant campaign on the island...