Iraq and Syria affected: Sandstorms cause deaths and shortness of breath

Although sandstorms are not uncommon in Iraq, their severity causes greater terror in Baghdad: Thousands are being treated in hospitals for shortness of breath, and there are even deaths in Syria. 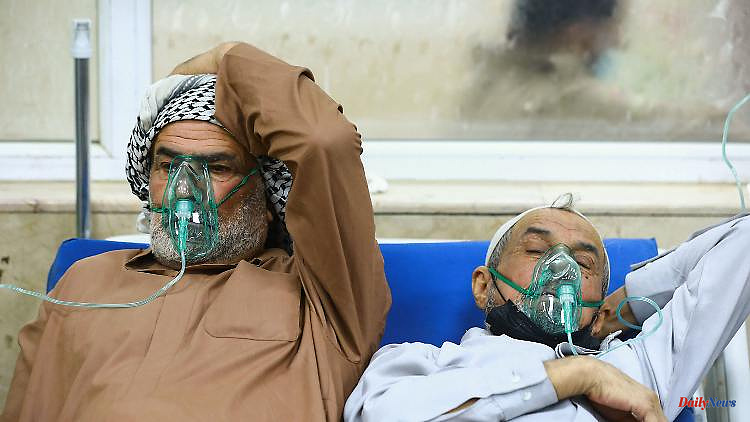 Although sandstorms are not uncommon in Iraq, their severity causes greater terror in Baghdad: Thousands are being treated in hospitals for shortness of breath, and there are even deaths in Syria. Experts also see a failed environmental policy as a cause.

Heavy sandstorms in Iraq have once again blanketed the capital Baghdad in an orange haze and claimed several lives in neighboring Syria, activists said. Seven people were killed in eastern Syria, including two children, according to the Syrian Observatory for Human Rights.

The strong winds uprooted trees and caused power outages in the province of Dair as-Saur. In Iraq, renewed sandstorms caused breathing difficulties for hundreds of people. The Iraqi Ministry of Health said that 2,000 patients had been treated in hospitals. Ambulances are deployed across the country to help people who are at risk of suffocation, the state agency INA reported. If necessary, patients would be revived on site in the sandstorm, it said.

It was not known how many people were actually affected. Social media featured photos from Iraq of people, cars and houses under a thick, orange-red haze. INA showed rescuers giving oxygen to people on the street. The view in Baghdad was sometimes very limited. Flights have been temporarily suspended at the airport in the southern city of Najaf. The government called on people to stay at home as much as possible and to wear protective clothing and glasses outside.

Sandstorms are not uncommon in Iraq. Strong north-west winds blow over the Tigris and Euphrates river floodplains in the desert region, especially in summer. At the same time, the country is increasingly struggling with drought, last year it experienced one of the worst droughts in decades. In addition to climate change, a misguided water policy is to blame. The dust particles significantly worsen the air quality.

In similarly severe sandstorms, hospitals in Iraq registered more than 5,000 patients with breathing difficulties in the past few weeks, and at least one person died. Asthmatics and the elderly are particularly affected. The storms should subside by evening. Meteorologists are expecting more sandstorms in the coming months. The expert from a risk analysis company spoke on Twitter of "rapidly increasing environmental problems" in Iraq. "These sandstorms are a warning that goes well beyond its borders." 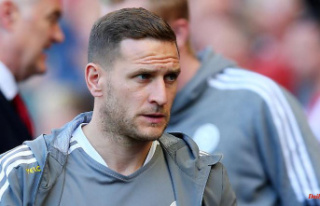