Israelis in the service of Ukraine: fighting in foreign uniforms

By no means everyone who defends Ukraine against Russia is Ukrainian. 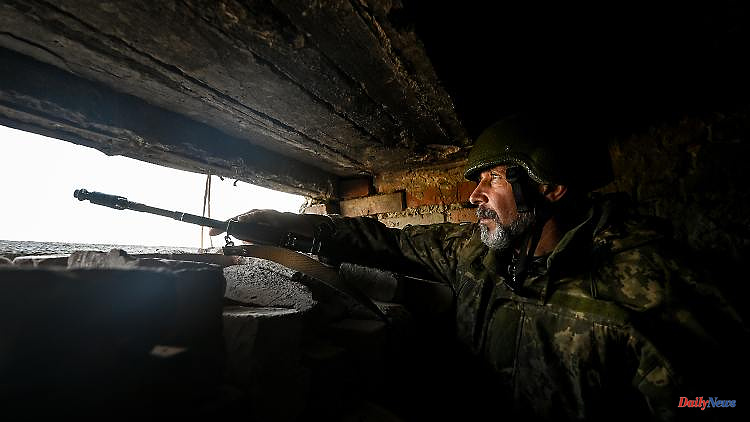 By no means everyone who defends Ukraine against Russia is Ukrainian. Kiyv's army is said to have fighters in its ranks from 52 countries. Israeli fighters are usually very well trained, and their history often drives them into this war.

During the Second World War there were many soldiers from the colonial areas of France and the United Kingdom on the Allied side. Even from British Mandate Palestine, over 30,000 Jews fought against the Nazis and their allies, including 250 paratroopers who parachuted into German-occupied countries. The chosen ones were often emigrants from Europe who were sent to their countries of origin on various missions. Among them was the poetess Hanna Scenes, who came from Budapest and later lived in Kibbutz Sde Jam near Haifa. In the summer of 1944 she was murdered by the fascists.

"Her heroism is omnipresent in our town and I always wanted to do the same if Israel or Ukraine were in danger," says Jevgeni Katz, who was born in Odessa. From Kharkiv, he talks to his wife on the kibbutz via Skype. "Because of my emotional connection to Ukraine, I had to actively help in his defense."

Katz immigrated to the Jewish state in 2001 at the age of 11 and is among a group of Israelis - mostly of Ukrainian descent - who set out to fight against Russia. A surgeon-trained reserve officer in the Israel Defense Forces (IDF), he flew to Warsaw when the war broke out and crossed the border in a military convoy. After just a few days, he was taking care of many wounded on the Eastern Front as a medic in a battalion. "In the meantime, our counter-offensive has reached a point on the Russian border," says the doctor. Nevertheless, his unit is still careful, the ambulances evacuate the injured under cover of night, despite the adverse road conditions, they drive without lights. "We live and work in the dark."

Despite the push back, Russia is preparing for a new offensive in the east of the country. According to Ukrainian President Volodymyr Zelenskyy, they want to increase their movements to the south, where his army is already waiting. This consists of regular troops - a National Guard-style territorial defense and the International Legion, which has been deployed since the beginning of the war and includes many foreign mercenaries, including some Israelis. These take an active part in the fighting, coordinated with the official military but not under its formal authority.

"We are not a regular army," says Roi Levy, a sniper in a company of foreign fighters, during a Whatsapp video call. "We received only basic support such as housing, food and machine guns." After the chef, who was born in Jerusalem, married a Jewish immigrant from Kyiv, he decided to open an oriental restaurant with their children in the city of his wife's birth. "It became my new home," says the Israeli. "Shortly after the conflict began, a missile fell into our building, killing my family. I made up my mind to fight against the Russian invaders and became a soldier in the international battalion."

Through his time in an elite unit of the IDF, he has a lot of combat experience. Especially with the numerous skirmishes in the war-torn capital. His company is integrated into Ukraine's military infrastructure and coordinates its missions. "Because of our training and experience, we get different missions from the high command," explains Levy. "This includes special operations, reconnaissance and the clearing of booby traps and mines in liberated areas."

While he is serving as a volunteer, many foreign mercenaries fight on both sides. Because even in the Ukraine conflict, the warfare differs from that of the last century. So many private security and military companies are a part of it. By using them, states can circumvent sanctions and ultimately distance themselves politically as clients. Above all, Russian shadow armies - such as the notorious Wagner Group, which has already been brutal in Syria and Africa - have been pushing more and more into the private security market for years.

For example, Ukraine has more than 20,000 foreign mercenaries from 52 different countries in its ranks. While most often have no military training and participate in the conflict for adventure or as war tourists, most Israelis are battle-hardened IDF veterans.

"We know that some are there," says Joram, whose real name is different, and an advisor at the Israeli Defense Ministry, "including some from our elite units." According to Russian propaganda, some are even said to be fighting alongside the far-right Azov regiment.

The call came from the Ukrainian embassy in Tel Aviv to recruit Israelis of Ukrainian descent to fight against Russia. Although Israeli law prohibits its citizens from joining foreign armies, Kyiv has insisted that citizens with dual citizenship are exempt from the law. "Volunteers with no military experience, language or local knowledge are easy victims there," emphasizes Joram. The security expert knows that his compatriots are well trained, but he doubts their effectiveness. "Israelis alone cannot make a strategic difference."

Nevertheless, they want to stay until victory. Also to defend democracy against Russian autocracy. "'Never again' was the motto after the Second World War," says Jevgeni Katz from Kibbutz Sde Yam, accusing the western wartime opponents of hypocrisy. "Out of their comfort zone, they are demanding de-escalation from Ukraine, but know that the aggressor will not do so. Nazi Germany was not defeated by demonstrations and sit-ins either."

The doctor does not want a Stalinist regime to rule Ukraine under Putin's name. It follows the spirit of the poet Hanna Scenes, who also chose to defend her country of origin against evil. "War is terrible, but in order to preserve freedom, you sometimes have to fight."

1 Insects in the apartment: how to get rid of creepy... 2 Comparing apples and pears: BMW R 18 or rather an... 3 Vote on cooperation: will the Danes say yes to more... 4 North Rhine-Westphalia: Unemployment in NRW continues... 5 Saxony: companies are looking for apprentices: around... 6 Saxony-Anhalt: 116 punctured tires on Amazon vehicles:... 7 North Rhine-Westphalia: Völler about Carro: From... 8 North Rhine-Westphalia: Corona incidence in North... 9 Convicted of fraud: 20-year-old man stole millions... 10 Rescue failed: Orca in the Seine has to be put down 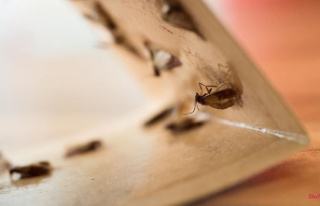 Insects in the apartment: how to get rid of creepy...