It's kissing and dancing: the Klum-Kaulitz couple celebrate their wedding anniversary

In 2019, Heidi Klum and Tom Kaulitz said yes in Italy. 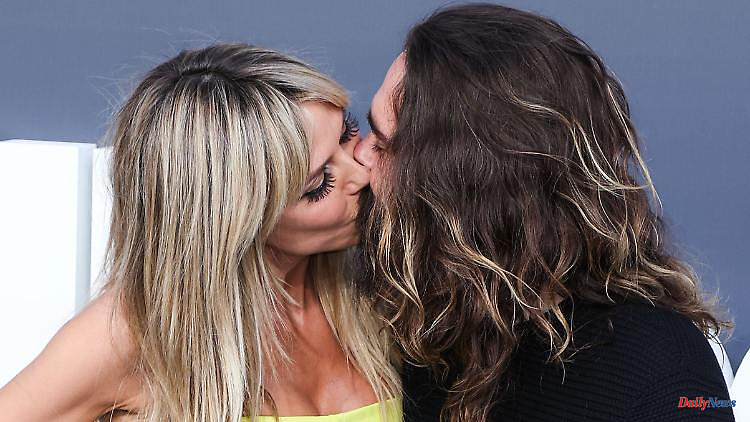 In 2019, Heidi Klum and Tom Kaulitz said yes in Italy. Despite all the prophecies of doom, the couple is still in love three years later as they were on the first day. This is also shown by the videos from the romantic wedding vacation that Klum shares on social media.

In August three years ago, Heidi Klum and Tom Kaulitz celebrated their wedding on a yacht off the coast of Capri. Since then, the two have been almost inseparable, as long as their jobs allow it. Again and again they present Klum's followers on Instagram insights into their most private, and so the wedding day is also celebrated with several videos.

The 49-year-old model mom and the 33-year-old Tokio Hotel musician treat themselves to a holiday on St. Barth, an island in the Lesser Antilles in the Caribbean, the holiday home of international stars. The video show begins with a clip of the couple throwing themselves hand in hand into the water. In the accompanying text, the mother of four wishes her loved one a happy third anniversary.

Another video, uploaded a few hours later, shows the couple spooning in bed, hugging and kissing, and decorated with virtual hearts. "I love you more than anything," writes Klum.

But that's not the end of it. In the next clip, the two dance on the terrace of their accommodation, kissing as they do so, and commenting that they've felt like "the happiest people in the whole world" since they started dating.

Then it's off to a fast-paced boat trip across the Caribbean Sea, during which of course there's kissing again, including virtual hearts.

The conclusion is a video for three, because with the wedding with Tom Kaulitz, Heidi Klum also married his twin brother, Tokio Hotel frontman Bill Kaulitz. Apparently he went on vacation, because here the three of them are walking along the beach together. It is unclear who shot the video.

What is clear, however, is that Heidi Klum and Tom Kaulitz are still as in love on the third wedding anniversary as they were at the beginning of their relationship. Incidentally, the two met at the party for fashion designer Michael Michalsky's 52nd birthday at the Chateau Marmont in Los Angeles, and just a few months later the Italian wedding bells rang.

1 Interview with Brad Pitt: "I haven't seen... 2 Suspicion of tax evasion: Star chef Alfons Schuhbeck... 3 Return to the forest stage: The Rolling Stones are... 4 "I can't do it anymore": Mickie Krause... 5 "Undress, undress": The Wacken Open Air... 6 Also for thick undergrowth: These are the best cordless... 7 Nuclear fusion reactor in Greifswald: Wendelstein... 8 Study on life expectancy: men do not live shorter... 9 Seven reasons why Putin is no longer making progress 10 Pension contributions should be fully deductible from... 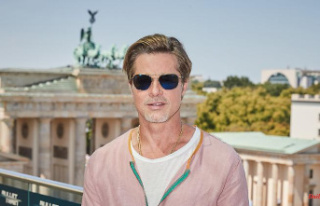