Izabel Goulart shows how it's done: fiancé cheers on Trapp in jersey dress

Shortly before the start of the World Cup for the German national team, the women players reach the Qatari capital of Doha. 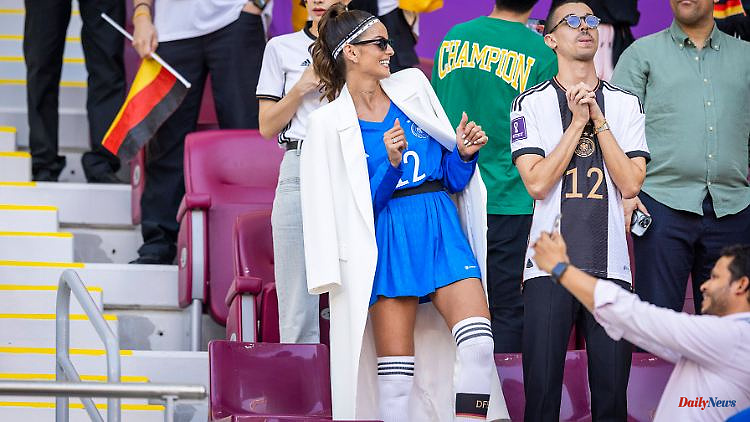 Shortly before the start of the World Cup for the German national team, the women players reach the Qatari capital of Doha. Among them: Brazilian model Izabel Goulart. At the game against Japan, she sits in the stands and cheers on her fiancé Kevin Trapp in a special outfit.

Model Izabel Goulart caused a stir with a sporty outfit in Qatar. Soccer player Kevin Trapp's fiancee appeared at the Germany vs. Japan game at the Khalifa International Stadium on Wednesday, Wednesday, in a blue DFB jersey that she had turned into a dress with a belt. The goalie shirt, of course, featured her fiancé's name and his number "12".

The rest of the outfit was also based on the sporty motto: 38-year-old Goulart combined short cycling shorts, pulled-up DFB over-the-knee stockings and white sneakers into a snow-white coat, which she occasionally casually draped over her shoulders. The Brazilian beauty had tied her hair in a high ponytail and secured it with a headband.

Also on Instagram, the model presented his outfit with several photos over the roofs of the city. She wrote: "Ready for Kevin Trapp" to a red heart. Her fiancé replied, "What a great style and statement!! Thanks for the wonderful support!! I love you" to two black hearts. 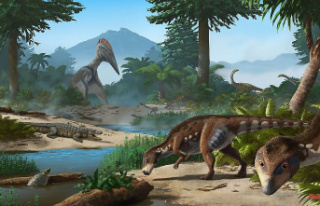