"Minister, are you hearing waves behind you?" This question was not Le Parisien who asked Jean-Michel Blanquer during an interview published on January 2 on the health protocol on the eve of the start of the school year, carried out while the minister was still in school 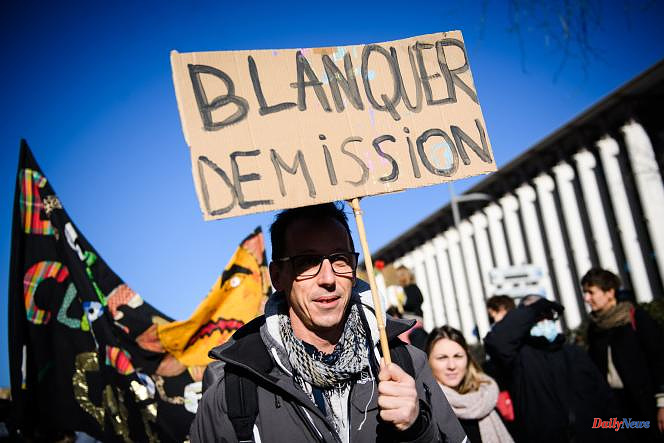 "Minister, are you hearing waves behind you?" This question was not Le Parisien who asked Jean-Michel Blanquer during an interview published on January 2 on the health protocol on the eve of the start of the school year, carried out while the minister was still in school. holidays in Ibiza, the Balearic Islands (Spain). This question, it is a surfer on Twitter who imagined it with mischief, just a few hours after the revelations of Mediapart on this resort. Revelations that came to shake up a minister of education a little more, already weakened by his management of the health crisis at school.

As soon as this information was published, which caused a strong reaction from teachers, who demonstrated in large numbers on Thursday, as well as parents of students whose children had to undergo nineteen protocol changes in two years, the social network made office, Tuesday, January 18, as a pressure relief valve in the face of the organizational and communication chaos of the government. Not without creativity or playfulness.

On social networks, everything sometimes goes very quickly. Skilled Internet users notably quickly edited a screenshot of the Wikipedia page dedicated to the Minister of Education, amending it - without changing the original web page, however - with sweeping strokes of "jet-setter, senior civil servant and teleworker from the Balearic Islands".

Beyond the minister, it is a whole government, which until then tried to unite behind Mr. Blanquer, which was the target of mockery, like the spokesperson, Gabriel Attal:

Another inexhaustible source of mockery on Twitter, the now famous health protocol in schools. Since January 3, when a case of Covid-19 is reported, all schoolchildren in the class concerned must undergo three screening tests for SARS-CoV-2 in order to be able to return to class.

Originally, the first of these three tests was to be antigenic or PCR, before two self-tests. Then, faced with the outcry, the government announced on January 10 that the three verifications could be carried out by self-testing, shortening the queues in front of pharmacies but not alleviating the burden on parents and teachers. Sudden changes in which many see the unpreparedness, even the incompetence of the government, imagining convoluted health protocols in response.

The social network could also be Tuesday the place of a more muted anger, sometimes devoid of any fun. Some have thus wanted to report their daily life, immersed in the preparation for a return to January disrupted by the fifth wave of Covid-19 and the very contagious variant Omicron, while Jean-Michel Blanquer was on vacation.

While the government wanted to play the appeasement after the massive national education strike on January 13 - followed by 38.4% of primary school teachers, according to the ministry and 75% according to the unions -, this latest media release could well constitute one more argument in favor of a new day of mobilization, already announced for Thursday.

1 Mothers, absent from family photos 2 The shrimp, champion of the opposition to Jair Bolsonaro 3 Victims of witch hunts between the 16th and 18th centuries... 4 An Asian puppet in the legendary American show "Sesame... 5 The first tacos with space peppers on the menu of... 6 Meteorologists running out of names for hurricanes... 7 How Harry Potter's "Diagon Alley" Ended... 8 American justice grants rights to Pablo Escobar's... 9 To have your statue in London, it is better to be... 10 The misadventures of an Instagram influencer to evacuate... 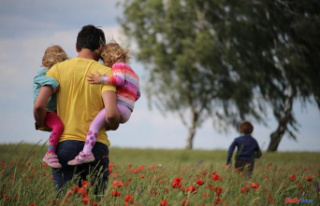