After recent shootings in the United States, Justin Trudeau, Canada's Prime Minister, announced plans to implement a "national gun ownership freeze" Monday (May 30,). The project must be submitted in writing to the Parliament, where Justin Trudeau's Liberal Party is in the minority.

"We are introducing legislation that will enforce a nationwide ban on handgun possession," the Prime Minister stated at a press conference. He spoke in the presence of several dozen relatives of gun violence victims. . He added that this means it won't be possible to purchase, sell, transfer, or import handguns anywhere within Canada.

After a shooting in April 2020 that left 23 people dead in Nova Scotia (east), Canada had already banned 1,500 military-style firearms. Official statistics show that firearms are only involved in 3% of violent crimes committed in Canada. Marco Mendicino, Public Safety Minister, estimates that there are approximately one million handguns in Canada. Many of these guns were illegally imported from America. Justin Trudeau said that gun violence is a complicated issue. He said, "But at the bottom of the matter, the math really is quite simple: The fewer guns in our communities, and the safer everyone will feel," he concluded.

This announcement follows the massacre at Uvalde in Texas where 19 children, aged 9-11, and two teachers were killed by an 18-year-old who had legally purchased an assault rifle.

The Conservative opposition criticized Justin Trudeau’s proposal. John Brassard, Leader of Opposition in the House of Commons at Radio Canada, stated that "the real problem in this nation is not the law-abiding firearm owners who are tightly regulated, tightly controlled." He said that the real problem is the criminal gangs and criminals who import guns mostly from the United States and use illegal guns in our streets. "Today's announcement doesn't focus on the root cause gun violence in our cities: illegal firearms that have been smuggled into Canada through criminal gangs," Conservative MP Raquel Dancho tweeted. .

Canadian legislation also aims to prohibit domestic violence victims from getting a gun license and to increase penalties for gun trafficking. It will also ban rifle magazines that contain more than five bullets. The Coalition for Gun Control was formed after 14 women were murdered at a Montreal university. It applauded this project. Wendy Cukier (the president of the Coalition for Gun Control) stated that the proposed phase-out in private handgun possession was a significant step forward and showed that the government had listened to victims. 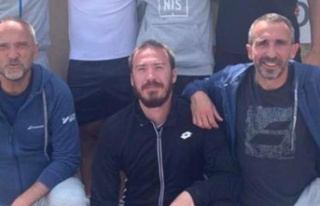