Kick it like William: Prince William plays football - in a suit

Prince William not only meets the English women's national soccer team on the sports field, he also gets active himself and tries his hand at the ball. 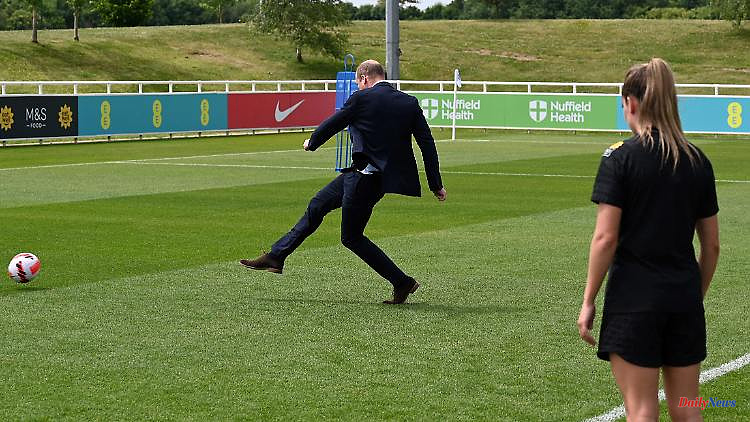 Prince William not only meets the English women's national soccer team on the sports field, he also gets active himself and tries his hand at the ball. It doesn't matter that he's not dressed appropriately. In return, the "Lionesses" gave him jerseys - albeit for his children.

Many members of the British royal family are up for a joke - including Prince William. At least that's what he proved on Wednesday while visiting the England women's national football team. Although he showed up for the appointment in a dark blue suit and brown suede shoes, he didn't miss out on trying his hand at ball. Before the start of the European Women's Football Championship, the 39-year-old paid the team a visit during training.

The British "Daily Mail" has published video footage of the training session. These show, among other things, how William runs towards the football full of vigour, kicks it skillfully in the direction of the goal and then throws his hands up in celebration. In photos from the afternoon he can also be seen talking to the players, among other things.

Afterwards, the official Instagram account of Prince William and his wife, 40-year-old Duchess Kate, also published some pictures. It also shows a special gift that the team gave the prince.

In one of the photos, he and two players hold shirts with the names of William and Kate's children in their hands. Underneath the names Louis, 4 years old, Charlotte, 7 years old, and George, 8 years old, the number on the shirt shows the age of the children.

According to the Daily Mail report, Prince William also told the athletes about his daughter. He promised Charlotte to tell the footballers that she was "really good in goal". Meanwhile, William and Kate wished the "Lionesses" the best of luck for the upcoming European Championships, which will be held in England from July 6th to 31st. The team inspire the next generation of women and girls to play football. 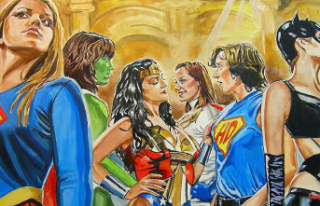