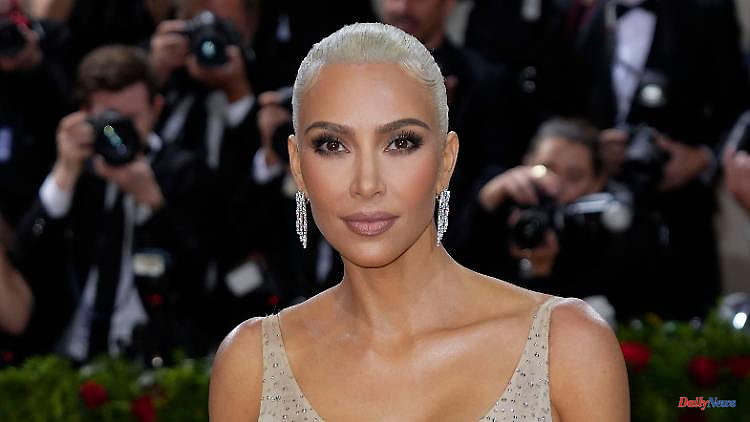 Kim Kardashian wears an iconic Marilyn Monroe dress to this year's Met Gala. The 41-year-old had to lose a lot of weight – and only wears the dress for a few minutes. Nevertheless, allegations are now being made against her: Did she destroy the historical dress?

For her look at this year's Met Gala, Kim Kardashian had to take a lot of criticism as well as admiration. The 41-year-old used Hollywood icon Marilyn Monroe's fashion archive. In order to fit into Monroe's 1962 'Happy Birthday, Mr. President' dress, the reality star lost several pounds - apparently not enough. Because now there are new allegations against Kardashian: She is said to have massively damaged the historical garment.

Scott Fortner, who oversees the world's largest private collection of Monroe's personal belongings, posted multiple photos of the dress to his Instagram account, The Marilyn Monroe Collection, on Monday. They show the glittery textile piece before and after the Met Gala. According to this, some crystals are said to be missing, others were only hanging by a thread. In addition, the fabric around the zipper was torn.

After the loan, the dress is back in the museum "Ripley's Believe It or Not!" exhibited in Hollywood, where a photographer documented the damage and leaked it to Fortner. The museum had previously assured that the loan would be treated with "great caution" and that various textile experts had been consulted.

Despite the weight loss and multiple fittings, the dress didn't quite close on Kardashian's body. But that didn't stop the 41-year-old from wearing it: On the red carpet, she covered the open zipper with a fur stole and changed to a replica after a few minutes.

So far, neither "Ripley's Believe It or Not!" nor voiced by Kim Kardashian.

1 Stocks and bonds plummeting: is this the biggest crisis... 2 Saxony: household exam: state school council for priority... 3 Hesse: Accident with fatalities at a speed of 130:... 4 Mecklenburg-Western Pomerania: Prerow island port... 5 Ultra Trail. The Haut-Savoyard Anne Lise Rousset breaks... 6 Chaos at the Stade de France SNCF claims that it was... 7 Paris. Louane, the singer, did not know that she had... 8 Sisteron. One fire breaks out on the highway: 1,500m2... 9 War in Ukraine. How does NATO's Romanian base... 10 "Black list" getting longer: Russia bans... 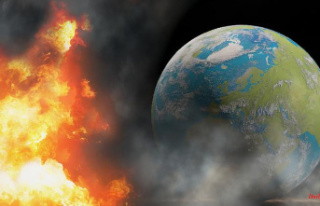 Stocks and bonds plummeting: is this the biggest crisis...