Former US Secretary of State Kissinger warns of an escalation between the US and China. 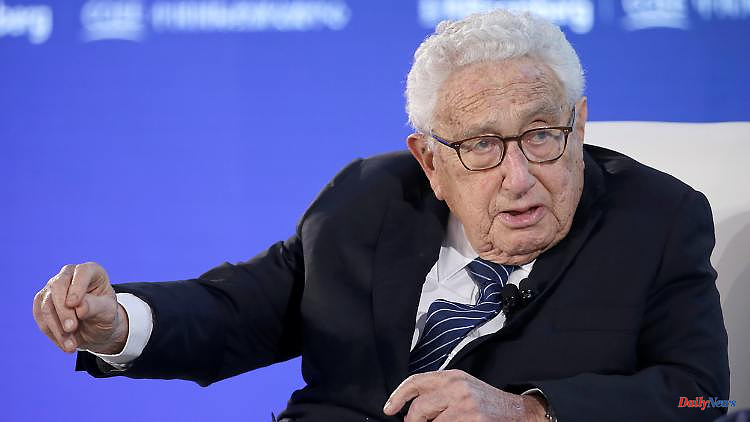 Former US Secretary of State Kissinger warns of an escalation between the US and China. This is currently his biggest concern. That's why he also advocates finding a way to deal with Russia after the end of the Ukraine war. At the same time, he defends his Davos statements on Ukraine against false interpretations.

Former US Secretary of State Henry Kissinger advocates further dialogue with Russia and its President Vladimir Putin. "One day the war will be over. And after this war, the relationship between Ukraine and Russia will be redefined," he told Stern. That also applies to Europe. "Should Russia break up as a result of the war, it would lead to chaos in Central Asia and the Middle East." Kissinger, meanwhile, considers it "probable that a peace treaty will have to be made with Putin."

Kissinger warned against making Russia an ally of China. One cannot see European history since the 17th century without Russia. "Excluding Russia does not correspond to my vision of Europe. That would make Russia an ally of China" and this must be prevented, he said. "When this war ends - and one day it will - when the Atlantic allies have achieved their goals and Russia has not, then NATO should be strong enough to find a new relationship between Russia and Europe, like Europe after the Napoleonic ones Wars. Such a solution would correspond to European history."

China is his "much greater concern". Beijing and Washington are superpowers capable of "destroying humanity, and they continue to increase this capacity every year". There is already "the rhetoric of a cold war". He continued: "We have two tasks: firstly, to be strategically strong and not to fall under the dominance of another state. And secondly, to shape relations in such a way that we do not get into a crisis like the Europeans did before the First World War , when they sleepwalked into war and didn't know how to get out. If that happened today, we would have to be careful not to destroy our civilization."

With regard to Ukraine, Kissinger defended his statements at the World Economic Forum in Davos when he called for a negotiated solution in Ukraine. President Volodymyr Zelenskyj had sharply criticized this. "Ukrainians have been heroic so far and are taking a great role in defending their own freedom," Kissinger said. "But other states have their own historical and current interests, and they don't have to be identical to Ukraine's. That's the essence of politics."

At the same time he pointed out that he had been misinterpreted. In his statements, he referred to the border before 2014. "I also didn't say that Ukraine should give up Crimea." Russia must not derive any territorial gains and benefits from the invasion, he said. "But how that will be achieved is an open question. Ukraine will have clear ideas about this, but other leaders will inevitably assess the situation from their own point of view. I hope that all these assessments will be compatible," he said.

In addition, the 99-year-old campaigned for an extensive new aid program for Ukraine: "After the war, a reconstruction plan for the devastated Ukraine is essential. I hope that the countries of the Atlantic Alliance will work together on this," he said. "In this sense we need a Marshall Plan." Chancellor Olaf Scholz had recently called for this.

According to Kissinger, such a plan could lead to "a hopeful experiment: Russia will have understood that an attack on Europe will miss the mark." NATO is acting as one, with the support of the United States. And Europe will have to ask itself what the long-term relationship with Russia should look like. "Does it have to be based solely on military deterrence - or is cooperation based on cool decisions possible?" 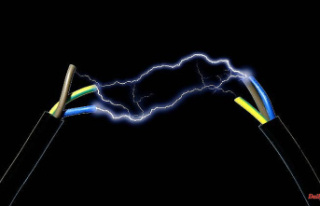 Is the price of electricity going down?: That means...