More than 200 soldiers from the besieged steelworks are said to have been taken to the Russian-occupied town of Olenivka. 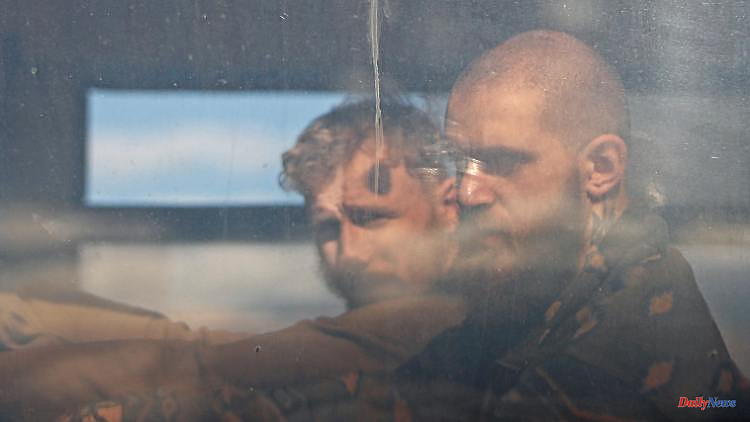 More than 200 soldiers from the besieged steelworks are said to have been taken to the Russian-occupied town of Olenivka. They face torture and maybe even the death penalty. Agitators in Moscow agitated against the Azov fighters, claiming they were the "Nazis" hunted by the Kremlin.

According to a Russian negotiator, fighters of the Azov regiment have no right to life. Russia should consider the death penalty for these nationalist militants, said Leonid Slutsky, who is negotiating with Ukraine on Russia's behalf. "They do not deserve to live in the face of the monstrous human rights crimes they have committed and continue to commit against our prisoners." Slutsky, who is also the chairman of the Duma's foreign affairs committee, called the soldiers "animals in human form".

With the capture of numerous Ukrainian soldiers, the fighting for the besieged steel works in Mariupol is nearing an end, but what will become of the Ukrainian soldiers is completely unclear. "In the past 24 hours, 265 militants, including 51 seriously wounded, have laid down their arms and taken captives," Russian Defense Ministry spokesman Igor Konashenkov said. The Russian presidential office assured that the fighters would be treated according to international standards. Russian President Vladimir Putin has promised this, said Kremlin spokesman Dmitry Peskov.

In line with this, Russia released a video that is supposed to show the capture of the Ukrainians, medical treatment and the transport of the injured. Men in military garb stand in front of their opponents, some with their arms raised. Others lie injured on stretchers, have bandages on their arms and legs, and are taken to special buses for transport. An industrial site can be seen in the background. Many of the men have long beards, their eyes appear empty and exhausted, hardly anyone speaks.

The Russian military left open whether, after the capture, the exchange of prisoners that Kyiv had hoped for would actually take place. All of the injured were taken to Novoazovsk hospital, the spokesman for the Russian Defense Ministry said. He gave no information on the whereabouts of the other prisoners. According to Ukrainian sources, they were taken to Olenivka, a town occupied by Russian troops. Contrary to all assurances from Moscow that the detainees are treated well and receive medical care, some observers fear that they could now become victims of ill-treatment and torture.

Sharp tones from Moscow are the first indications that a happy ending for the steel mill fighters is not yet in sight. The head of the Russian parliament, Vyacheslav Volodin, spoke out against a general exchange of prisoners. "Nazi criminals are not subject to exchange. They are war criminals and we must do everything we can to bring them to justice," said the Duma chief at a plenary session. Some of the last remaining Ukrainian fighters in Mariupol belong to the nationalist Azov regiment. In Moscow, Azov is repeatedly used as a justification for the war against Ukraine, which aims, among other things, at the supposedly necessary "denazification" of the neighboring country.

Parliament leader Volodin stressed that Russia is doing everything possible to provide medical care and humane treatment to injured Ukrainian prisoners. "But as far as the Nazis are concerned, our position must remain firm because that is one of the objectives of the military special operation," he said. In Moscow, the war that began against Ukraine at the end of February is officially referred to only as a "special military operation". Nevertheless, Volodin now spoke of "prisoners of war".

According to the Interfax news agency, the Prosecutor General's Office applied to the Supreme Court to classify the Azov regiment as a terrorist group. The hearing should take place on May 29th.

Ukraine, on the other hand, is still hoping for an exchange of more than 260 of its own soldiers from the besieged steel mill. The Ukrainian government continued its efforts to rescue the last soldiers from Mariupol in the afternoon. "We are working on further stages of the humanitarian operation," Ukrainian Deputy Prime Minister Iryna Vereshchuk wrote in the Telegram news service. Deputy Defense Minister Hanna Maljar said the Azov fighters would be exchanged for Russian prisoners of war.

1 In view of the oil embargo: Putin: EU commits "economic... 2 Is there a duel in the NBA final?: Two Germans fight... 3 Cook with a new job at RTL: Tim Mälzer moderates... 4 DEB escapes the Stützle horror: Germany bites impressively... 5 Revenge after a fatal swimming accident: Messerstecher... 6 Resistance is crumbling: Günter wants to take the... 7 Interview with SBU legend Körbel: "The finale... 8 FC Bayern is simply bored: the Bundesliga gets scared 9 At the age of 46: DBB legend Ademola Okulaja is dead 10 After the massacre in Buffalo: Biden criticizes the... 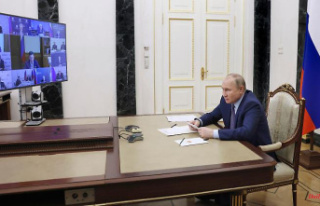 In view of the oil embargo: Putin: EU commits "economic...