L1: Lacazette, Sissoko, Mandanda... the recruits to follow this season 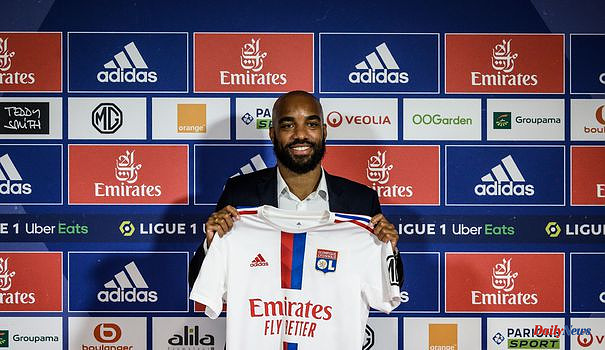 . Lacazette and Tolisso at home

Both sold in 2017 - the first went to Arsenal for 53 million euros, the second to Bayern Munich against 47 million, without bonuses -, left free this summer, Alexandre Lacazette and Corentin Tolisso, trained at the club and attached to OL, are back home.

OL "is the right club for me to find the France team and go to the World Cup", explained Tolisso.

But for the time being, the 27-year-old midfielder is in line with his last months at Bayern, that is to say injured …

As for Lacazette, his teammates are having a hard time finding him, despite his three goals in preparation. "Alex has a different profile from Moussa (Dembélé) and we have to adapt to him," confirmed midfielder Jeff Reine-Adelaide.

From one yellow jersey to another, Moussa Sissoko will return to Ligue 1 with Nantes after ten years in England, the last of which at Watford. In sight: put on the blue of the France team.

"I want to play my luck fully hoping to perform as well as possible," explained Sissoko.

Nantes is coming out of an unexpected season with qualification for the Europa League. The experienced midfielder is a choice choice, he who has nearly 500 matches in L1 and Premier League and 71 selections in Blue.

"He will be there to talk to the players, calm expectations and pressure," assured coach Antoine Kombouaré, certain of his rookie's leadership.

After 15 years, 609 matches and 199 clean sheets with OM, Steve Mandanda chose at 37 to wear the Rennes jersey, seduced by the Breton club's project. "It was time to change," said 'Il Fenomeno'.

The 2018 world champion comes to replace Alfred Gomis, far from being unstoppable in the Rennes goals.

Often on the bench last season at OM, Mandanda will have to quickly find the rhythm if he wants to travel to Qatar with the Blues for the World Cup.

Nordi Mukiele tries the Paris SG adventure after four years of progression in Leipzig and hopes to win in the France team. Settling in such a big club could help him, he who has only one selection.

Recruited for his versatility, "an asset", Nordi Mukiele competes with both Achraf Hakimi in the right lane and Sergio Ramos in the right axis of the three-man defense advocated by Christophe Galtier.

Hatched in Laval then in Montpellier, matured in the Bundesliga, Mukiele returns to his roots. "Playing in your city is necessarily a dream", sums up the native of Montreuil.

. Clauss while waiting for Sanchez?

Of the eight OM recruits, he was by far the most applauded by the supporters at the Vélodrome on Sunday: Jonathan Clauss, who had just arrived from Lens, was living "a dream" in Marseille, despite a laborious summer preparation.

Elected in the eleven type of the L1 last year, the Alsatian is international recently. He was selected for the first time in the France team in March, then aligned again in June in the League of Nations (4 selections).

But OM could hit even harder if the arrival of Alexis Sanchez is finalized. Despite his advanced age (33), the famous Chilean striker from Inter Milan could significantly strengthen the Marseille attacking sector, bringing his great experience for the Champions League.

His signature would also have the gift of calming somewhat the demanding OM supporters, worried by the club's hectic off-season and the tensions between the players and the new coach, Igor Tudor. 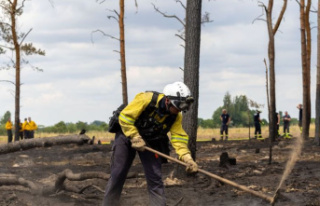 Weather: High risk of forest fires in the country:...