- The coach: Tudor is already playing big -</p>Things are heating up for the new OM coach! Igor Tudor makes his official debut on hostile terrain on Sunday evening (8:45 p. 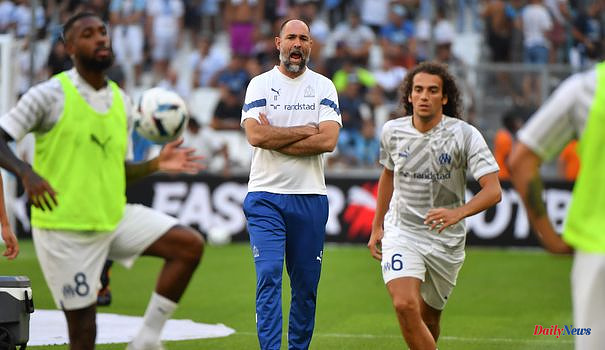 Things are heating up for the new OM coach! Igor Tudor makes his official debut on hostile terrain on Sunday evening (8:45 p.m.) after suffering the whistles of the Vélodrome last week after a calamitous preparation.

The introduction of the Marseillais against Reims at home to close this 1st day promises to be boiling. Breakdown in attack during the offseason despite the very offensive game advocated by the Croatian technician, the Phocaeans receive Rémois with a compact defense.

And this is perhaps not the only danger to fear on the Marseille side. Stade de Reims has strengthened its attack with the arrival on loan of young Folarin Balogun (Arsenal) and the transfer of Japanese international Ito Junya, a lively and technical winger, who arrived from KRC Genk (Belgium).

What to dynamite the Olympian defense? The back line of OM has been anything but reassuring since the arrival of Tudor, she who shone by her solidity under the leadership of Jorge Sampaoli, who left the club on July 1.

Doubt has crept into the locker room, where disagreements are beginning to arise between the players and the coach. "We are not going to judge the real Olympique de Marseille of Igor Tudor in September", tempered the president of OM Pablo Longoria, Wednesday at a press conference. "We are sure of the path we have taken," he added.

- The shock: Monaco-Strasbourg, duel of revenge -

This is the most beautiful poster of the recovery. The Monegasques, unfortunate third in the last edition of the Championship and deprived of direct access to C1, find the Strasbourg, sixth last season and at the gates of Europe.

Orphan of Aurélien Tchouaméni, who left for Real Madrid for 100 million euros, ASM started its season with a draw at home (1-1) against PSV Eindhoven in the third preliminary round of the Champions League. The Rock club will have to keep up a frantic pace over the next few weeks, with two to three matches every eight days.

"Against Strasbourg it will be a great challenge, assured his Belgian coach Philippe Clément, because AS Monaco has had difficulty against this team in recent seasons."

The Monegasques will leave "no room for guesswork" this time around, said defender Axel Disasi. "We will have to stay focused until the end of the season, even the last 15 seconds of the final day, to make this exercise even more beautiful", he warned, referring to the 2nd place lost last year. 15 seconds from the end.

This is roughly what PSG spent on transfers in August. To exercise the option to buy the Portuguese side Nuno Mendes, the transfer of his compatriot Vitinha, to secure the services of the French international Nordi Mukiele and finally those of Renato Sanches, the Portuguese who arrived in the capital Thursday from Lille.

That's 55 times more than their opponent of the day, Clermont Foot... The Auvergne club spent just over two million euros this summer to attract Serbian striker Komnen Andric and Polish defender Mateusz Wiesteska. His only two paying recruits during this transfer window, which will last until August 31 in France.

All these beautiful people will meet on Saturday evening (9 p.m.) at the Stade Gabriel Montpied and the meeting promises to be unbalanced, beyond everyone's finances... even if the club from the capital will have to do without its French international Kylian Mbappé, injured in the adductors. Messi and Neymar, they are announced to lead a PSG which concluded the previous exercise with the best attack (90 goals) and the best defense (36 goals, tied with Nice).

Conversely, the Clermontois, 17th last year, were among the three worst students in both categories: 69 goals conceded and only 38 registered. And their best striker, Mohamed Bayo (14 goals) left for Losc. The introduction may be unpleasant for the Auvergnats. 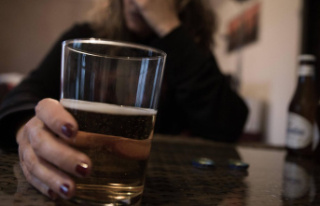 Drinking in the corona lockdown: Death from alcohol:...