L1: PSG and its Neymar-Messi duo in demonstration, great operation for Monaco

The defending champion has respected his rank in Auvergne, with solidity, efficiency, intensity, and even a large dose of class, in the wake of Neymar, untenable with three assists and a goal (9th), and Messi, author of a double (80th, 86th), including a fantastic acrobatic return at the end of the game. 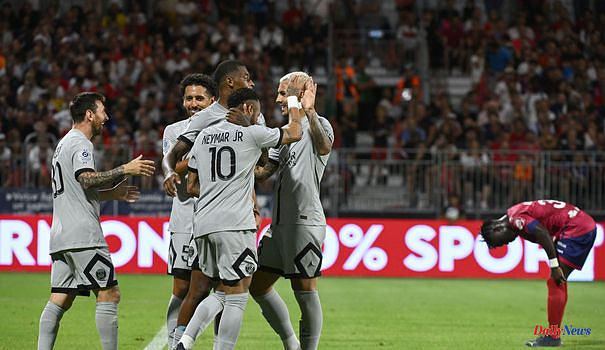 The defending champion has respected his rank in Auvergne, with solidity, efficiency, intensity, and even a large dose of class, in the wake of Neymar, untenable with three assists and a goal (9th), and Messi, author of a double (80th, 86th), including a fantastic acrobatic return at the end of the game.

The Brazilian is in great shape: physically, he impresses, and technically, he is already showing up, as during the Champions Trophy against Nantes (4-0), where he had already scored twice to start his season. As for the Argentinian, his smile after his incredible scissor speaks volumes about his feelings, after a lackluster first season.

Coach Christophe Galtier will be able to be satisfied with the work of his team, involved and collectively very concerned by the defensive withdrawal, even if Clermont Foot has offered him some welcome gifts.

It did not take so much for the Achraf Hakimi rocket to score in force (26th), nor for Captain Marquinhos to place a header at close range (38th). And at the end of the evening, the absence of Kylian Mbappé, affected by the adductors, clearly passed into the background.

Logically, the defending champion, who is aiming for an 11th French Championship this season (record), has already taken the reins of the L1, before the meetings on Sunday. He is closely followed by two contenders for Europe: Lyon, winner of Ajaccio on Friday (2-1), and Monaco, solid in Alsace.

Because the ASM won its bet on Saturday afternoon: winning three points from the recent 6th in the French Championship, but also resting a good number of executives, before the return match of the 3rd qualifying round for the Champions League, scheduled Tuesday in Eindhoven against PSV after the first leg draw (1-1).

Without Kevin Volland and Aleksandr Golovin, suspended, nor Wissam Ben Yedder, who remained on the bench, bringing back a victory for La Meinau remains a very good performance.

If Philippe Clement's men thought they had lost everything at the end of the match before the cancellation of a goal by Habib Diallo by video assistance for a tiny offside, they still ended up with a precious success, thanks to achievements of Krépin Diatta (43rd) and Sofiane Diop (53rd).

Resilient scorers: the first had missed almost all of last season with a knee injury, the second had gradually left his coach's plans at the end of winter.

"There are several players who have scored points. It's very important for the following weeks and months," said Clement, four days before the European deadline.

The opening weekend of this particular season, between the four Ligue 2 descents and the unusual November break due to the World Cup, continues on Sunday. On the program: Toulouse's return to L1, against Nice at 1:00 p.m., a Breton derby between Rennes and Lorient (5:05 p.m.), as well as an agonizing duel for Marseille against Reims (8:45 p.m.), at the heart of a very turbulent summer for the Marseille club. 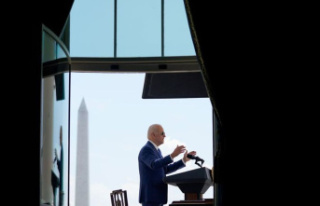