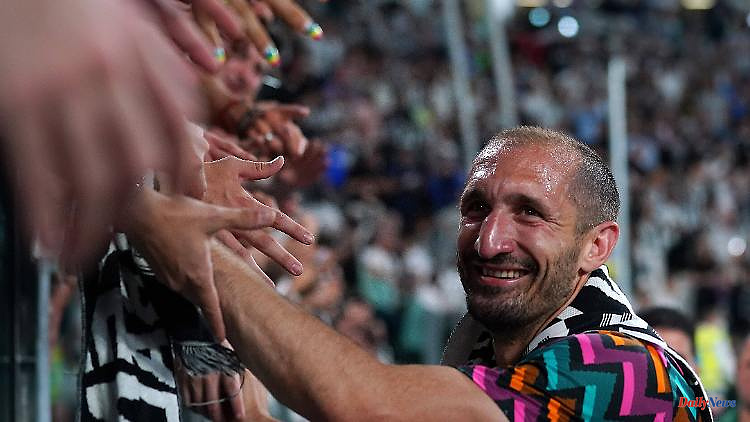 Moving farewell to Juventus icon Giorgio Chiellini. On Monday he wears the jersey of the "Old Lady" for the last time. The 37-year-old also leaves the Italian national team in the summer. His future is still wide open.

With a symbolic substitution in the 17th minute for 17 years in the jersey of Juventus Turin, the Italian European football champion Giorgio Chiellini gave an emotional farewell to the record champions on Monday. The 37-year-old said 'ciao' to the Juve crowd in the 2-2 draw with Lazio, blew kisses to the crowd and hugged his team-mates as he walked off. It is possible that the defender, who is also ending his national team career, will switch to the American MLS league.

"I made my debut against Messina when I came on for Pavel Nedved. That was the beginning of a long story that has brought me here. I'm going with so much joy and peace because it was a decision that has been made for months, not has matured over weeks or days," said Chiellini on Sky Sport Italia, emphasizing: "I always said that I wanted to go at a high level, in line with my career. I achieved that." In addition to Chiellini, the Argentinian Paulo Dybala, whose contract is expiring, was also dismissed.

Chiellini came to Turin from Fiorentina in 2005. With Juve he was nine times champion and five times cup winner, he played more than 500 competitive games. As captain of the Italian national team, he celebrated the European title last summer. On June 1, Chiellini will say goodbye to the Squadra Azzurra in the duel between the European champions and South American champions Argentina at London's Wembley Stadium.

Whether and where he will continue to play as a professional has not yet been decided, said the veteran at the beginning of May. "In the next few weeks I'll weigh it up carefully. I'm in no rush. I'm still at a good level." From the MLS, there has recently been interest from at least two clubs, one of which is said to be Los Angeles FC. 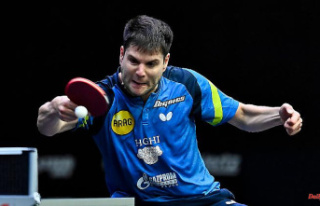