Last resort coal-fired power plants: just start up again? It does not work 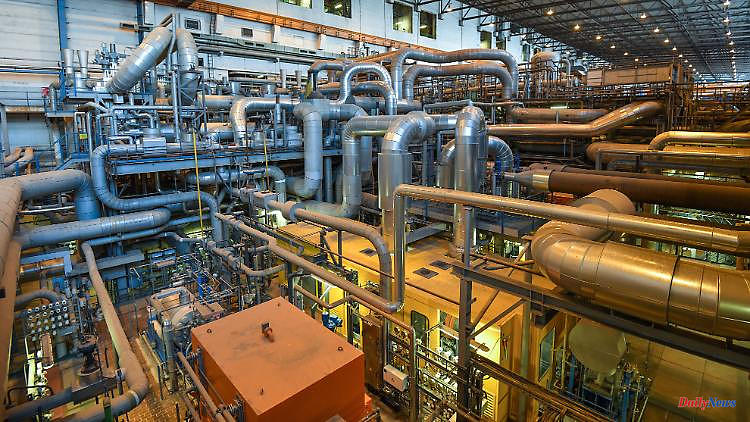 Three energy companies received more than 1.6 billion euros for the provision of eight shut down power plant units. They should be ready for action quickly in an emergency. But now it turns out - it's not that simple. There is a lack of staff.

It was supposed to be over for good in September. After more than three decades, block F in the Jänschwalde coal-fired power plant in southern Brandenburg was to be shut down forever. The 500-megawatt system ran for four years on so-called security standby. During this time, it no longer produced electricity for the market, but was kept in operation - for emergencies. For a long time nobody believed that the emergency would ever occur. Now it may well come to that. Block F could go back online - as could Block E, which is even older.

The Green Federal Economics Minister Robert Habeck made sure of that. And because phasing out coal is one of the prestige projects of green energy policy, he doesn't seem particularly happy about his latest initiative: the "Replacement Power Plant Preparedness Act." It envisages further reducing gas-fired power generation and, if necessary, using coal-fired power plants from the reserve instead. That was bitter, but "almost necessary in this situation" to ensure security of supply in Germany. According to the motto: Better dirty electricity than none at all.

By July 8, his law should have passed the Bundestag and Bundesrat and then come into force as soon as possible. Habeck is pushing the pace for good reason. The gas storage tanks must be 90 percent full by winter; according to the Federal Network Agency, the current figure is 57.6 percent. The gap is large and time is short. The minister is already putting a lot of pressure on the power plant operators. You should "prepare for everything to be operational as soon as possible". But there is a big question mark as to whether the five remaining reserve power plants can actually be started up in the short term.

At least RWE assures this on its website for the two plants in Niederaussem in North Rhine-Westphalia. A spokesman for Leag, which operates the power plant in Jänschwalde, does not want to comment on the question to ntv.de. The only thing that is certain is that the security standby of blocks E and F is to be extended - beyond the four years originally planned. The additional costs incurred for the extension are the subject of "active negotiations" between Leag and the federal government, Brandenburg's Energy Minister Jörg Steinbach told RBB on Monday. "Keeping two such blocks in the security reserve does not come for free. It costs money."

In fact, electricity customers have been paying for the reserve power plants for years. Since 2016, more than 1.6 billion euros have flowed to the energy companies RWE, Mibrag and Leag for the operability of the original eight plants - remuneration that was paid from the grid fees. In return, the operators committed themselves to restarting the shut down units within ten days in an emergency. After a four-year period, they should be finally shut down. This has already happened with the power plants in Buschhaus (Lower Saxony) and Frimmersdorf (North Rhine-Westphalia).

For years there have been doubts that the power plants have the necessary staff, coal and spare parts to be operational again in the short term. Strangely enough, this is not checked. As early as 2018, the taxpayers' association had criticized the "blind trust" of the then federal government in power plant operators. If the ramp-up doesn't work that easily, the consumers alone would bear the risk, it was said at the time. That now appears to be true. Because even if it is technically possible to start up the switched-off blocks again, there is apparently a lack of the necessary personnel.

According to RBB, there is now a real "scramble" for skilled workers. The background is that many power plants who once worked in the blocks in Jänschwalde were dismissed with the transition to security. Now they are needed again. RWE is also desperately looking for specialists for the power plant blocks in reserve. And employees who were to be sent into early retirement as part of the planned shutdown are now staying longer. "RWE Power will adapt its personnel planning in power plants and opencast mines to the new operational readiness. That includes several hundred jobs," said an RWE spokeswoman for the "Rheinische Post".

In addition to a lack of staff, there is another problem. The generation of electricity from lignite is considered to be particularly harmful to the climate. "It is unclear whether the systems, some of which are more than 30 years old, can comply with the applicable EU limits for pollutant emissions without retrofitting," says energy and environmental expert Claudia Kemfert from the German Institute for Economic Research (DIW) when asked by ntv.de. Bringing the reserve units back into service would create copious amounts of emissions that would need to be saved later.

Kemfert therefore generally questions the sense of the extended security stand-by. "Have all alternative options - including solar thermal or heat pumps - been checked?" she asks. There is not only a lack of transparency, but also of empirical evidence.

1 With Brandt, but without Bahr: Klingbeil expects a... 2 "Hard but fair" on holiday chaos: "It... 3 A lot of criticism, hardly any ideas of your own:... 4 Allegations against airlines: Flight chaos makes the... 5 Holocake 2 vs Apple Glasses?: Meta reveals super slim... 6 Summer vacation is just around the corner: These nine... 7 Summer in Europe: Which corona rules apply in the... 8 Cleaning with goods test: five toothpastes are "very... 9 100 euros in July: when is the child bonus on the... 10 32 times Classic-Zisch in the test: The best mineral... 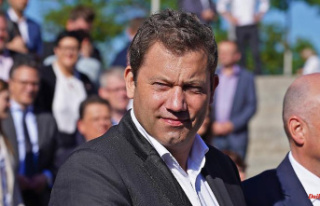 With Brandt, but without Bahr: Klingbeil expects a...