Artis Pabriks, Latvia's Defense Minister, announced Tuesday that compulsory military service would be restored amid rising tensions with Russia and the war in Ukraine.

Artis Pabriks, Latvia's Defense Minister, announced Tuesday that compulsory military service would be restored amid rising tensions with Russia and the war in Ukraine.

"Latvia's current military structure has reached its limits. Artis Pabriks stated that there is no reason to believe Russia will change its behavior.

After joining NATO, Latvia had renounced compulsory military service. The army of this Baltic member of the European Union is made up of both professional soldiers and National Guard volunteers, who serve part-time in the infantry on weekends.

This country, which has less than 2 million people, is home to 7,500 soldiers and National Guard members, and 1,500 NATO soldiers.

Artis Pabriks claims that compulsory military service will be reinstated in 2023, but it will only affect men.

Gatis Prriede, a National Guard member, was happy with the decision. He considers this the "best news" but regrets it wasn't taken during the 2014 annexation by Russia of Crimea.

He stated that it was the right thing to do to train more reservists to our army and to the NATO force. This is an area where there is a severe shortage in the Baltic region and Northern Europe. he said to AFP.

Artis Pabriks announced another project to build a military post near Jekabpils (southeast), that would be closer than the Adazi base to the Russian border.

1 The milestone of 1,000 Billion Euros has been surpassed... 2 North Rhine-Westphalia: Too many demonstrators: demo... 3 Bavaria: Attacked by a bee? Truck driver drives around... 4 Bavaria: Larger use of the police in the Chiemgau 5 Saxony-Anhalt: Day-long deployment of the fire brigade... 6 Saxony-Anhalt: Groundbreaking for a new bridge over... 7 Thuringia: Erfurt is the e-car capital: Suhl bottom... 8 Baden-Württemberg: fatal accident in Rottweil: passenger... 9 Thuringia: Confessions in proceedings to fight before... 10 Saxony: Saxony receives 590 million euros from EU... 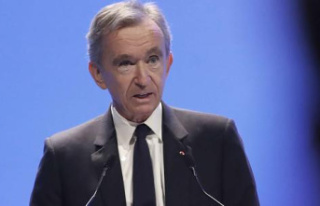 The milestone of 1,000 Billion Euros has been surpassed...