Lebanon: residents protest against the endless queues for bread

"I waited three hours today, more than two hours yesterday, to get a bag of bread. 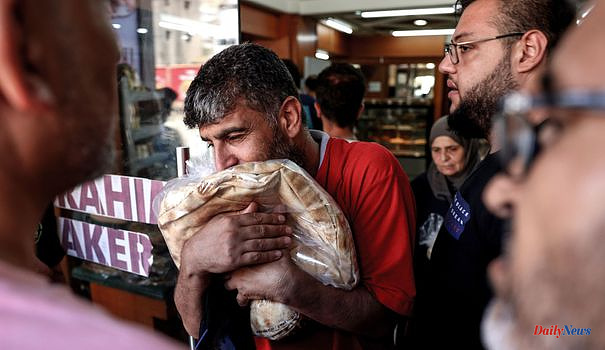 "I waited three hours today, more than two hours yesterday, to get a bag of bread... And then what next?", indignant Mr. Mansour, a 48-year-old father, in front of a bakery from Beirut.

In this country hit since 2019 by an unprecedented economic crisis, 80% of the population now lives below the UN poverty line while the authorities have lifted subsidies on all essential products, with the exception of wheat.

Beirut is struggling to maintain the price of wheat, a staple food, as the Lebanese pound has lost more than 90% of its value leading to galloping inflation.

But the situation is complicated by the war in Ukraine, from where Lebanon usually imports 80% of its wheat. Also, the devastating explosion in August 2020 at the port of Beirut made import and storage all the more complicated.

"I have to feed my children, what do you want me to do?", claims Mr. Mansour, a pastry worker who does not receive more than the equivalent of 50 dollars a month.

Bags containing 6 traditional round and flat breads, subsidized and purchased in large quantities, are resold on the black market at a price higher than the official price, currently 13,000 Lebanese pounds (43 US cents) and which increases regularly due to the devaluation of the national currency.

"For 16 days, queues have become common," observes Mohamed Mehdi (49), owner of a bakery in Beirut. "The shortage is serious" and "people sometimes come with guns, knives".

Disputes in front of bakeries are common. Again on Tuesday, the army had to intervene in a bakery stormed and vandalized by angry customers in Taalbaya (East), according to local media.

"People are piling up, for bread... It's humiliating!", Rises Mr. Mehdi.

In a neighboring district and under a blazing sun, Dania Hassane (22) is queuing in front of another bakery. She says she was lucky because she only had to wait 30 minutes for bread.

"My father (...) works from morning to evening to buy this bag of bread and feed his three daughters", laments the young student. "For a basic right...it's distressing."

For Mr. Mahdi, "the crisis has been raging for about six months, but it has worsened. Almost a month ago, some flour mills had to close because the (Central) Bank of Lebanon did not grant them ready."

The Economy Ministry accuses some bakeries of stockpiling the subsidized flour or using it in the production of unsubsidized products. The bakeries accuse the Central Bank of not opening sufficient lines of credit for imports.

To ensure supplies, parliament on Tuesday approved a $150 million loan from the World Bank (WB) to finance wheat imports.

The Lebanese authorities are blaming part of the economic collapse on the more than one million Syrian refugees present on Lebanese soil, where the rhetoric is increasingly hostile towards these refugees as well as the calls to deport them.

"The Lebanese have lost patience. They are working hard, to be able to bring this bag of bread to their children," said 22-year-old bakery worker Ahmed Saleh, echoing a sentiment that is spreading.

The United Nations High Commissioner for Refugees (UNHCR) said it was "concerned at present about restrictive practices and discriminatory measures based on nationality."

But "the impact of the economic crisis in Lebanon is having a devastating effect on everyone", emphasizes the UNHCR. 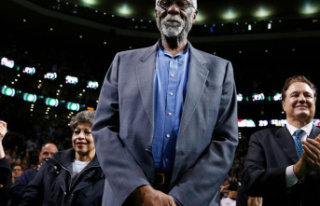 Basketball legend Bill Russell has died at the age...