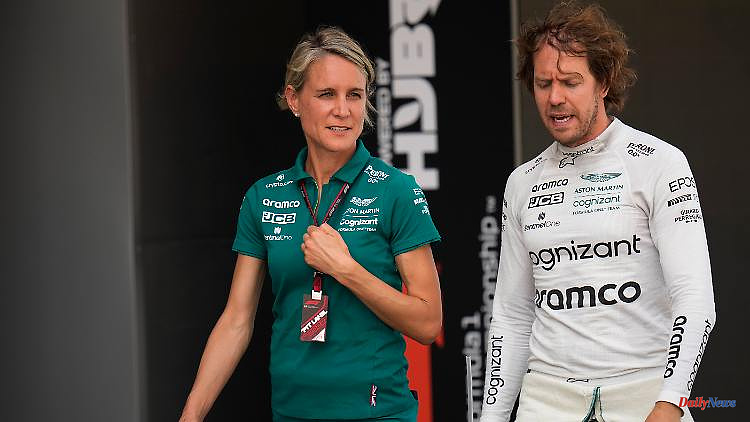 Sebastian Vettel experiences a bitter afternoon in Barcelona: The Aston Martin driver retires early in qualifying for the Spanish Grand Prix. Mick Schumacher benefits from a lapse by Lando Norris, while Charles Leclerc secures pole position for the race.

World championship leader Charles Leclerc will start the Formula 1 race in Barcelona from pole position. The 24-year-old Monegasse set the fastest lap in qualifying for the Spanish Grand Prix on Saturday in a superior manner with a time of 1:18.750 minutes and in his Ferrari pushed world champion Max Verstappen into second place in the Red Bull. Third was Leclerc's Ferrari teammate Carlos Sainz. Because Verstappen had problems with the car on his last fast lap, Leclerc was 0.323 seconds ahead.

Mick Schumacher achieved his best career result in the Haas racing car in tenth place in the hunt for a starting place, Aston Martin driver Sebastian Vettel had to settle for 16th in the heat of Catalonia at 34 degrees. "You must be joking," the incredulous Vettel radioed to his team after being informed of his disappointing result in the car. With a technically overhauled car, the English racing team had actually hoped for a good starting position for the race. Now the 34-year-old Vettel has to start from far behind.

Before the sixth round of the season on Sunday (3 p.m. / Sky), Leclerc leads Verstappen in the world championship standings by 19 points. One of them has been at the front of every race of the year so far. Leclerc has won twice, Verstappen has prevailed three times and would like to reduce his deficit in Spain. 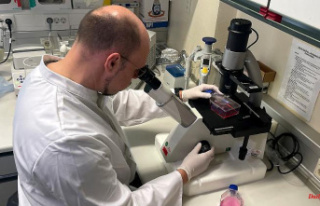