Every summer, hikers and tourists usually throw themselves fervently on the alpine trails in the hope of reaching some of the most beautiful peaks in Europe. 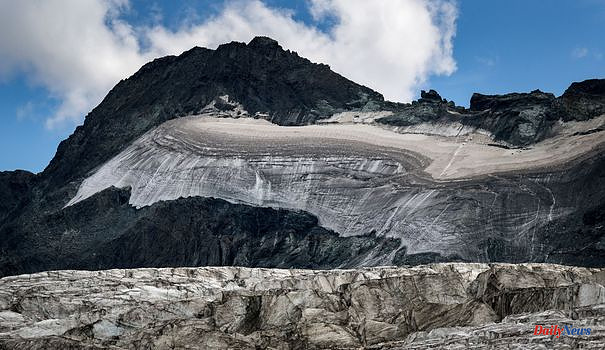 Every summer, hikers and tourists usually throw themselves fervently on the alpine trails in the hope of reaching some of the most beautiful peaks in Europe.

But melting glaciers and thawing permafrost, phenomena that scientists say are due to climate change, have made routes too dangerous, including repeated rockfalls.

"Currently in the Alps, there are caveats for around ten peaks, including iconic peaks like Mont Cervin and Mont Blanc," said the secretary general of the Swiss Association of Mountain Guides, Pierre Mathey, to AFP.

“Normally it is closures that we see rather in August. And there they took place at the end of June, at the beginning of July,” he said.

The guides who usually transport thousands of enthusiasts to the highest peaks in Europe each year have decided to no longer take certain routes for the ascent of Mont Blanc.

A decision "not easy to make" but necessary in the face of "particularly delicate conditions in recent weeks due to the significant rise in temperatures", explained the Italian Alpine guides on their Facebook page this week.

In Switzerland too, the guides have given up on the ascent of the famous Jungfrau. They also advised against following the routes located on the Italian and Swiss sides of the Matterhorn, an emblematic Swiss mountain.

These measures are a blow after two difficult seasons marked by the Covid-19 pandemic, explained the president of the association of guides in the Aosta Valley in Italy, Ezio Marlier.

"It's not easy after two almost totally empty seasons to make the decision to stop working," he told AFP.

But he regrets that too many people cancel their stay while certain routes remain practicable. "We have the opportunity to do lots of other things, but normally people who want Mont Blanc, they want Mont Blanc".

Accessing glaciers that have melted at an accelerated rate this year also carries risks.

"The glaciers are currently in the state that they usually know at the end of the summer, or even later," Andreas Linsbauer, glaciologist at the University of Zurich, told AFP: "it is certain that we let's break a record".

According to this expert, this "really extreme" summer for glaciers is due to a combination of factors. Unusually low snowfall last winter reduced the snowpack protecting the glaciers from the heat. And sand from the Sahara earlier in the year darkened the snow, causing it to melt faster.

The successive heat waves that have hit Europe since May have finally accelerated the melting of glaciers, making them unstable.

Like in Italy, where a huge block of the Marmolada glacier collapsed in July, a tragedy that left eleven dead.

The glacier had been weakened by global warming as well as by record temperatures recorded this year in Italy, 10°C at the top of the Marmolada the day before the disaster. The high temperatures accelerated its melting and water accumulated under the ice cap, making it unstable.

For Mylène Jacquemart, glacier specialist at the Swiss Federal Institute of Technology in Zurich, the collapse of the huge block of the Marmolada glacier still has unknowns. "But in general, the more the waters melt, the more the situation becomes complicated and dangerous," she told AFP.

Pierre Mathey also underlined that "these pockets of water, in periods of great weather with very hot temperatures, are an additional danger, because it is not visible".

But he remains confident, believing that the guides will find alternative routes: "Resilience is really the DNA of the mountain guide... and adaptability".

"It's the mountain that decides. Not the human," he said. 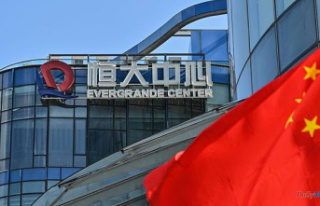 In China, owners stop paying their loans in the midst...