Legislative 2022. Abtention among young people: "We don't convince abstainers between the two rounds." 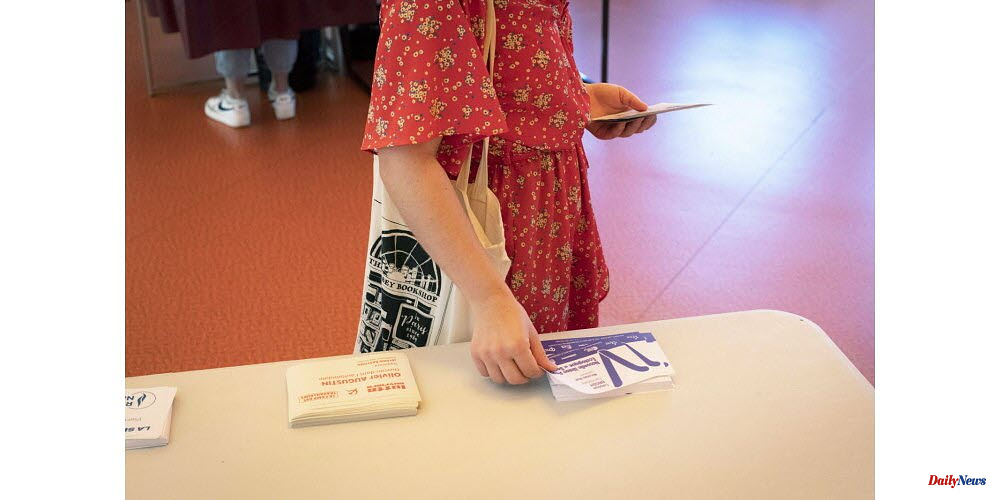 Record 52.5% abstention was recorded in the first round of legislative election. More than one-third of French citizens did not vote on Sunday. According to an Ipsos Sopra-Steria poll, this abstention was especially evident among young people. 69% of 18- to 24-year-olds abstained and 71% of 25- to 34 year olds did not vote.

Ninon Lagarde is a member of the Association for the Fighting against Abstention All elected. She deciphers this massive abstention for us and returns to the reasons that pushed young people to not vote.

Nupes, for example, proposed programs that were geared towards young people who overwhelmingly abstain. It is hard to explain.

Nupes is a popular choice for young people (42% voted for a candidate of this union of left). These are mostly people who had already voted. The candidates did not win over those who hadn't voted in previous legislative and regional elections. We were wrongly guided and overestimated the power of the Nupes in young people's lives. This was what we believed was enough to mobilize them. We now have a youth abstention rate that is close to the 2017 legislative election, which was already at 70%. It is staggering.

Is there a reason for the high rate of abstention among young people, or is it something else?

It is very complicated. It is important to see the whole picture and to understand that voting is just one part of the system of belonging to society or a collective. Voting reflects this fact. We have more options today than ever before. We can get a job later, have kids later, pay taxes later... Then, in recent years we have had to cope with a drop of APL and insufficient assistance for students during the Covid crisis. The RSA is not still accepted by those under 25. This creates a gap between politicians, young people, and those who feel they are not part of a group. We know that people don't want to mobilize if they don't feel the vote will make a difference in their lives. The Nupes program was certainly in line with the needs of young people. The program alone is not enough. This crisis has deeper roots than the election results suggest and cannot be resolved with a simple wave of a magic wand.

Is this a sign that Nupes and the other parties in the second round will not be able to mobilize in the intervening round?

It is simple enough to understand. The general rule is that the more we believe that our friends vote, the more likely we are to vote. We don't have to mobilize if we hear abstention will be high. We don't convince abstinents between rounds. This is because it is not the temporality which is necessary to solve this incomprehension, this feeling that one is being downgraded and this feeling that one is not part of society as young people feel.

What would it take to bring young voters back to the polls if the short-term isn't working?

Already, five years later, the participation rate for young people in municipalities with real public policies is higher in those that have them. It works. We are trying out different methods to raise awareness among youth. We ran a large campaign to register voters. This is an administrative hurdle that can be difficult to overcome but it was easy to do. It works well to encourage voters. It's difficult to get people to do the administrative step. We will push for a bill that automates registration on the electoral list during a move in the coming years.

The number of people who have not voted is not limited to young people. Abstention rates are generally higher across the entire population. Are older people avoiding the polls for the same reasons that younger people do?

You should already know that almost all the elderly abstain from voting. (laughs). But, while 35-49 year-olds abstain more and more, these are young people who didn't vote five or ten decades ago. This can be seen as a generational effect. The younger generation is moving up and bringing abstention back to the upper age groups. However, the abstention rate for 18-24-year-olds is lower than that of 25-34 year-olds. A new generation may be more likely to vote.

Also, we had the impression that this election had been dominated by debate. This must have made the election less interesting.

The majority of abstainers are only intermittent. They may decide to vote at times, but they sometimes do not. These abstainers are not motivated by the non-campaign. The war in Ukraine prevented the presidential election from being held, but there was no other reason for it to be held. Some candidates didn't campaign for youth because it was an abandoned target. For example, the Republic on the Move did not campaign. They also have to take responsibility. Because everything is interconnected, complex and done over the long-term, even a large campaign wouldn't have been sufficient to mobilize all abstentionist voters.

Yes, but we will eventually be a democracy. We must all fight for equal rights. While Nupes won more votes from the youth, a large portion also voted for the National Rally. We are partisans. We are not partisans. The Secretaries of State for Citizenship, however, have not done anything to combat abstention for five years. We won't make sure people vote against us when we are involved in the campaign. The political issues involved in fighting against or not abstention are very real.

Saxony: Files instead of shelves: So far over 60,000 e-files in the judiciary
BREAKING NEWS 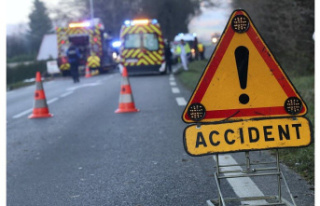