Legislative 2022: At Holland, Le Foll, or Delga there is no salvation other than Nupes

Is there a political room left between Jean-Luc Melenchon, Emmanuel Macron? The first element of response for those who voted against the alliance with La France Insoumise is that the Nupes won all the competition on the night of the first round. 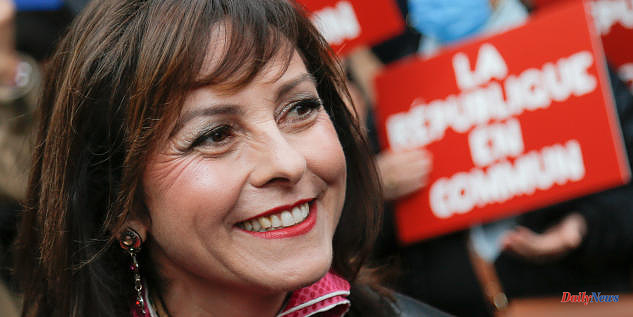 Is there a political room left between Jean-Luc Melenchon, Emmanuel Macron? The first element of response for those who voted against the alliance with La France Insoumise is that the Nupes won all the competition on the night of the first round. This is illustrated by two cases.

Lamia El Alaraje qualified in the second round, but was well behind. There is no hope for her in Paris. The socialist deputy, whose election was invalidated last year, had received support from a part of the PS apparatus and even former Prime Minister Lionel Jospin. She received 17.9% of votes, which is very low compared to Danielle Simonnet, who was nominated by the alliance of left-environmentalists and won 47.3%. .

Sarthe, stronghold for Stephane Le Foll (socialist baron opposing the Nupes agreement), is where none of the left candidates make it past the second round. Even in the fourth constituency, Stephane Le Foll was elected deputy for 2017 and then gave way to Sylvie Tolmont. Sylvie Tolmont won 15.5%. She was eliminated. Frederic Lunel of the PS de la Sarthe Federation won the 5th constituency with 9.3%. He was instrumental in the elimination of Rabbi Kokolo, the Nupes candidate (19.8%), who came third. This paved the way for an LREMRN duel.

It's worse elsewhere. The sixty socialist dissidents who were gathered under "Republican-Socialist Left", candidates with the support Francois Hollande and Carole Delga, or Bernard Cazeneuve have not had much success.

Annick Taysse was eliminated in Correze with 9.9%, while Nupes is qualified.

Twelve of the 14 dissident socialist candidates in Occitania supported by Carole Delga (regional president) are eliminated. Fatima Bellaredj (candidate in Herault) is eliminated with 11.9% vote. Joel Aviragnet, who received 28.7% of votes, is on a favorable ballot for the 8th constituency in Haute-Garonne.

Another exception, the performance of David Habib, outgoing PS deputy from the 3rd constituency of Pyrenees-Atlantiques. He received 36.6% of votes in the first round, beating Nupes (20.6%).

Left-wing parties that did not join the Nupes have had less success. Sylvia Pinel (ex-minister and president of the PRG) was eliminated from the Radical Left Party in Tarn-et-Garonne. She lost her seat as deputy, however, slightly, at 20.2%.

The PRG also lost 2nd constituency in Hautes-Pyrenees where Jeanine Dubie, its outgoing representative, did not represent her. The candidate for the PRG was defeated in the first round by 14.3%, while Gregory Korn (Nupes) was qualified in round 2.

Only Olivier Falorni is eligible to be reelected. He was the outgoing deputy for the 1st District of Charente-Maritime and came first with 29% of votes, beating Jean-Marc Soubeste (23.4%).

1 Brittany no more RN candidates, antivax out the Assembly...... 2 Olivia Gregoire urges us to not give "one voice"... 3 For "quicker decisions": FIFA wants to make... 4 Your head should always ride with you: Five tips for... 5 Miscellaneous facts. Drome: An 18-year old is crushed... 6 New law protects consumers: Customers can claim damages... 7 Baden-Württemberg: Heimstiftung expects significant... 8 Bloody war in Yemen: where innocents perish at the... 9 Lucky change three months ago: The "depth player"... 10 The macronie's highly variable "republican... 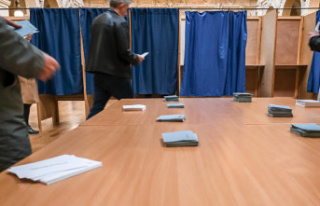 Brittany no more RN candidates, antivax out the Assembly......