Legislative in Senegal: the presidential camp loses the absolute majority

For the first time since independence in 1960 in this West African country renowned for its stability, the party in power loses an absolute majority and will have to rely on other forces in Parliament to pass its laws . 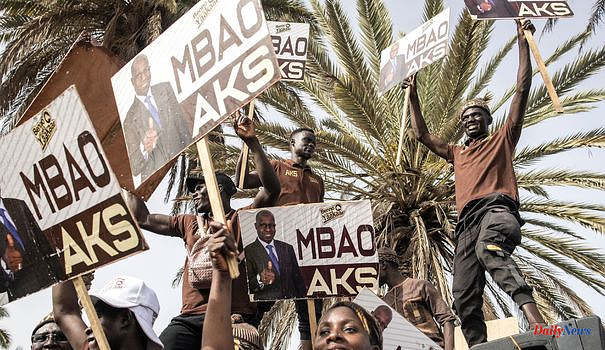 For the first time since independence in 1960 in this West African country renowned for its stability, the party in power loses an absolute majority and will have to rely on other forces in Parliament to pass its laws .

The coalition of President Macky Sall goes from 125 deputies in 2017 to 82, out of the 165 in the Assembly, according to the provisional official results of the National Commission for the Census of Votes (CNRV) published Thursday.

The opposition confirms its momentum already initiated during the January local elections, particularly in certain large towns, and wins 80 parliamentary seats in total: 56 for the "Yewwi Askan Wi" coalition and 24 for that of "Wallu Senegal" which won formed an alliance for the legislative elections.

Three other MPs come from the ranks of three other small party coalitions.

The final figures must be published by the Constitutional Council within five days if there is no appeal.

These results could convince the President of the Republic, disavowed by the ballot box, to give up the project which is lent to him to represent himself in the presidential election of 2024, say experts and observers. President Sall, elected in 2012 for seven years and re-elected in 2019 for five years, remains vague about his intentions.

He promised that he would appoint a prime minister - a post he had abolished in 2019 and then restored in December 2021 - within the party that won the elections.

After the vote, the figures coming from the departmental vote count commissions showed a very tight ballot and both sides claimed victory.

"Yewwi Askan Wi" (Liberate the People in Wolof), the main opposition coalition, formed around Ousmane Sonko, who came third in the 2019 presidential election, has joined forces with the "Wallu Senegal" coalition for the elections. (Save Senegal in Wolof), led by ex-president Abdoulaye Wade, elected deputy this Thursday at the age of 96.

Thursday, an official of this alliance seized the Electoral Commission to ask it "the right to check the minutes (of polling stations) in order to make its observations and possible complaints within the legal deadlines".

Ms. Aïda Mbodj, another opposition leader, spoke Wednesday evening at a press conference of "ballot stuffing" and "prefabricated and unsigned minutes that they (the power) created themselves -same" in localities in northern Senegal including Matam, Podor, Ranérou and Kanel, strongholds of President Sall.

“We are not going to accept a confiscation of the victory. It is an enterprise of massive fraud orchestrated by politicians with certainly the complicity of the administration” territorial, added Mr. Sonko.

President Macky Sall, for his part, welcomed the smooth running of the elections "in calm, serenity and transparency, throughout the national territory", at the end of the Council of Ministers on Wednesday.

The vote took place on Sunday without major incident, with a participation rate of 46.64% according to the CNRV.

International observers from the Economic Community of West African States (ECOWAS) and the Collective of Civil Society Organizations for the Elections (COSCE) noted the peaceful and transparent nature of the ballot.

The pre-campaign had been marked by violent demonstrations which had caused at least three deaths due to the invalidation by the Constitutional Council of the holders of the national list of the coalition led by Mr. Sonko, forced to give up participate in elections.

"The ruling coalition is at the end of its tether. The high cost of food, the increase in the price of water, the authoritarian practices around the demonstrations followed by deaths" explain this vote-sanction against the president", underlined to the AFP political analyst Maurice Soudieck Dione. 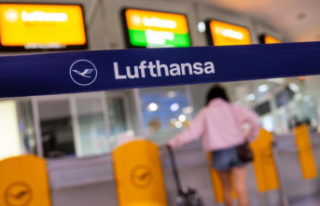 After the warning strike: More wages: Lufthansa and...