Legislative: Record 52.49% abstention during the first round.

On Sunday, June 12, more than one-third of voters stayed away from the ballot boxes for the first round legislative elections.

On Sunday, June 12, more than one-third of voters stayed away from the ballot boxes for the first round legislative elections. This new record warns of democracy fatigue in the country and, at the minimum, the disinterest of French voters for a ballot now overshadowed by the president.

After the previous record of 2017 (51.3%), the abstention rate should be 52.1% according to Harris interactive for M6/RTL, 52.3% according to Ipsos/Sopra Steria for FranceTV/RadioFrance/France24/RFI /LCP, 52.5% according to Elabe for BFMTV/L'Express/RMC and Ifop for TF1/LCI, and 53.2% according to OpinionWay for Cnews and Europe 1.

After Emmanuel Macron's first five year term, which was marked by record abstentions at local elections and in particular the Berezina regional elections in 2021 (66.72%), against the backdrop the Covid crisis; 25 million French citizens chose on Sunday...not to vote for their deputy. It's an historic figure. This is the second time that a majority of French people have not voted in a national election under the Fifth Republic.

He worries about LCI.

Eight weeks after the first round of the presidential elections, which was marked by an honorable turnout (26.3% abstention), this rebound will be short-lived.

According to political scientists, this is because the Fifth Republic's presidential election is still the most important. The legislative elections are also struggling to mobilize, particularly since the inversion in 2002 of the calendar.

"Since reforming the five-year term, many voters are asking if it is worth going and voting for the legislative elections after they have mobilized for the presidential race," says Elabe Bernard Sananes, a pollster on BFMTV.

The deputy director of Ipsos, Brice Teinturier, however, cites "other more specific reasons" for the election: "The campaign was very personalized around Jean-Luc Melenchon et Emmanuel Macron so the voters of National Rally had been a little more observers", "Emmanuel Macron's attractiveness much lower than 2017" and "the overwhelming French judgment that the campaign was either non-existent or disappointing".

Vincent Tiberj, a political scientist, believes that this last point is due to the deliberate strategy of Macronists "to conduct a discrete, little politicized campanie" and even an "attempt at stifling the debate" by the majority.

Professor of Sciences-Po Bordeaux insists that "if there is not mobilization from above by the parties with the exceptions of the Nupes by the media it shouldn't be surprising that people don't vote".

He says that Emmanuel Macron is less likely to lose in this game of abstention than other candidates, since the stronger it is the more it is at odds with its main rivals, the Nupes or the National Rally, who need the votes of the working class and young people." Vincent Tiberj points out that the Nupes now face the challenge of trying to mobilize them. However, "one week is very brief."

Abstention has increased steadily between rounds since 2002. In 2017, it even rose six points to reach the absolute mark (for legislative elections), of 57.36%.

Bernard Sananes says that, beyond the short-term political considerations, "it's an important issue for democracy that there are solutions to this growing problem with abstention."

Vincent Tiberj also pointed out "the limits to representative democracy", highlighted by the strong abstention. This is due to "deputies with low legitimacy" as well as a "voting system that is not in line with the country's political balances". 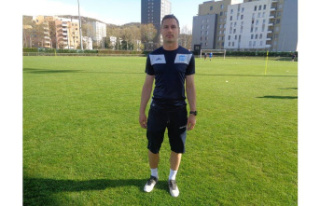