Legislative: What are the stakes for the triangulars from the eight constituencies?

This is an unusual occurrence in elections that allow only two finalists to emerge. 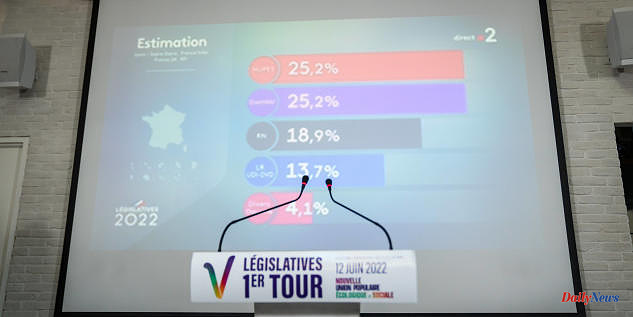 This is an unusual occurrence in elections that allow only two finalists to emerge. This year, however, there will be three candidates in eight constituencies who oppose the second round in legislative elections. Only one candidate was in 2017.

This particular configuration affects two constituencies in Paris' western suburbs. The 2nd district Hauts-de-Seine includes the south end of Colombes as well as Asnieres. This is where the candidate Les Republicains Marie-Do Aeschlimann came in third place with 24.99% of votes. Ensemble! Bai-Audrey Achidi was second with 26.79%, followed by Francesca Pasquini (Nupes candidate), who won the first round of voting (27.41%).

On Twitter, Candidate LR announced a score that was not comparable to the Ministry of the Interior's and evoking a significant reserve of votes that would enable her to "block the far right". Marie-Do Aeschlimann didn't mention the possibility to withdraw in favor of Ensemble!. This could favor the victory for the left on Sunday. The left has a sufficient reserve vote to keep its small lead over the radical left candidates or dissident ecologists, who collectively gathered about 5% of the vote.

It's not an exaggeration to say that the first round of the Dordogne 3rd Constituency was played with a pocket handkerchief. With 23.68% for Nupes Cyril Girardeau and 23.31% respectively for Together, the three qualified candidates had 23.38% of the vote. Jean-Pierre Cubertafon and 22.46% to that of National Rally Florence Joubert. Despite the possibility of shifting to far right, the majority candidate will still stand on Sunday

He did not declare his decision to withdraw in favor of Nupes. One of his campaign photos, which he posted to social media, shows Odile calling out to Odile: "Hello. Why not choose to opt out and vote for Thierry Grossemy, who scored better than you in round one? A comment left unanswered.

With 27.87% of votes, the candidate for the Rassemblement National Julien Guibert was first. He is ahead of Patrice Perrot (26.83%), who is closely behind him. Marie-Anne Guillemain, Nupes candidate, also qualified (24.38%) Despite the risk of the far right winning on Sunday, the latter has maintained her candidacy.

This risk should be minimized. Ensemble could gain from the postponement by candidate LR (10.84%) of the votes. Monday, June 13th Christophe Deniaux declared that he would not vote "any extreme party", inviting his voters to elect the presidential majority.

Karen Erodi, the Nupes candidate and Marie-Christine Verdier–Jouclas, the presidential majority candidate are neck-and-neck in this constituency (29.91% & 28.34% respectively), closely followed close by Julien Bacou (23.68%), the candidate for National Rally who was able qualify for the second round. Outgoing MP and majority candidate Karen Erodi has decided to stand to defeat the "extremes" which she tweets back at back.

After a close race, the candidate for the presidential majority Michel Lauzzana (29.54%) is first followed closely by Sebastien Delbosq (27.27%). Maryse Combres (Nupes candidate) should continue her candidacy. She qualified with 26.21% vote.

This is possibly the only case in which the difference between the candidates is substantial, in favor the National Rally. Helene Laporte, RN candidate, qualified with 30.55% vote, beating Christophe Courregelongue (26.03%). Alexandre Freschi, Macronist candidate (25.62%), is third.

Despite being encouraged by his constituents to withdraw his candidacy in order to prevent the victory of the candidate for the National Rally, the representative of the majority decided to stand and believed that his camp was "the only one capable" of defeating the RN. He came third. 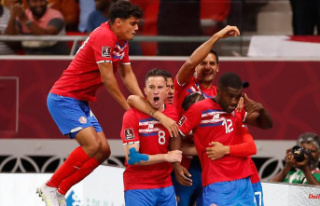