Little corkscrew customer: Wine opener: How to elegantly remove the cork from the bottle

According to a forecast by the market research institute Statista, on average more than 20 liters of wine and sparkling wine will be consumed per capita in Germany in 2021. 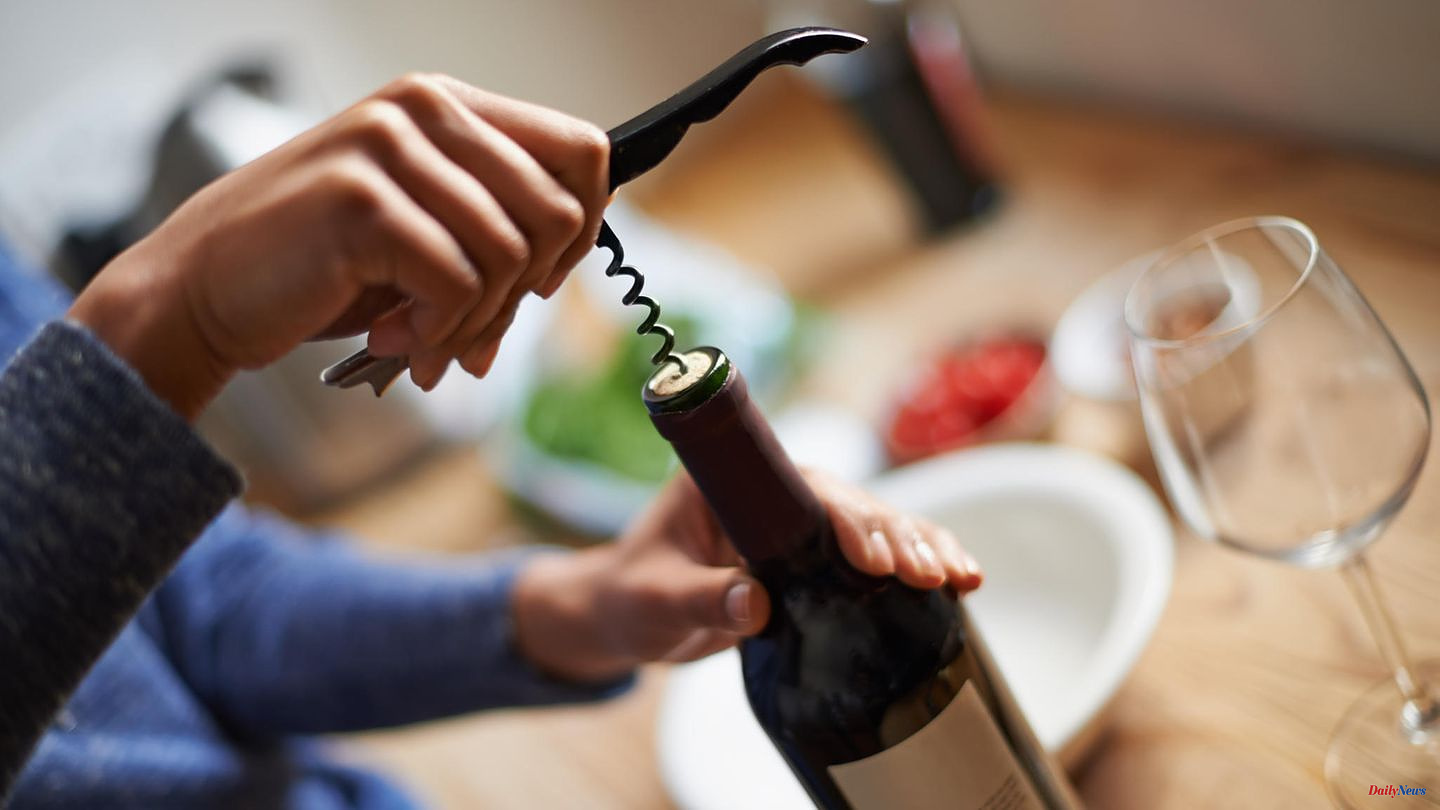 According to a forecast by the market research institute Statista, on average more than 20 liters of wine and sparkling wine will be consumed per capita in Germany in 2021. For those who don't want to do the math at this point: that's more than 28 bottles. And of course they want to be opened before Pinot Gris, Merlot and Co. flow into the glasses. With screw caps, this is an easy exercise. They are now widespread because their bad reputation has long since faded away. Nevertheless, many winegrowers and winegrowers' cooperatives still rely on the traditional cork. And it is difficult to pull it out of the bottleneck without tools. If you disregard one or two pragmatic and rather down-to-earth solutions from the student days. Ultimately, a corkscrew is needed to get the grape juice.

In the following article you will find out which wine openers are available, how they work and which small gadgets should be available for a successful wine evening.

Basically, wine openers can be divided into manual and electric models. The latter, however, tend to be among the kitchen appliances that people like to give away but rarely buy themselves. One can discuss excellently about the sense and nonsense of electric wine openers. Most wine drinkers presumably dare to open a corked bottle with muscle power. There are five options for this, which are presented here.

The easiest, but also the least comfortable way to open a wine bottle. The T corkscrew is said to have been the first choice for uncorking small and large bottles as early as the 17th century. It consists of a short helix with a T-handle attached to the upper end. Typically, sturdy wood, bone, horn, or sterling silver is used. All materials that withstand the mechanical forces involved in uncorking. Exceptions are pocket knives, where the handle shells take on this function. The principle of uncorking is as simple as the structure. First, the helix is ​​twisted as centrally as possible into the cork. Then clamp the T-piece between your index and middle fingers and pull firmly, but not jerkily. With younger wines, the corks usually only resist briefly and can then be pulled out of the bottle without resistance. On the other hand, if the wine has been on the shelf for a while, corks are sometimes stubborn. Here it is important to turn the spiral as far as possible into the (perhaps somewhat porous) cork. This reduces the risk of the cork breaking or crumbling. Here's a classic T-corkscrew from Stelton.

The classic among wine openers. Incidentally, it was invented by a German. At the end of the 19th century, Carl Weinke from Rostock had his brilliant idea patented. In the meantime, hardly any bar or restaurant can do without the waiter's knife. And that's exactly why the good piece has its name. At first glance, the classic model resembles a pocket knife, but consists of only three parts. Namely...

The principle is now similar to that of the T-corkscrew. The spindle is screwed in at a slight angle, but in the middle and as far as possible into the cork. Instead of pulling directly, the stop has to be folded out and placed on the neck of the bottle. The rest is profane physics. The lever effect of the stop is used via the handle to pull the cork out of the bottle. The foil cutter is not used on the somewhat simpler models. However, with a little skill (and caution) the capsule can also be removed with the tip of the spindle. What pleases beer drinkers: With some waiter's knives, the stop can also be used as a bottle opener for ordinary crown caps. A cheap model from Butlers (bottle opener included) is available here.

In addition to waiter's knives, winged corkscrews are probably the most common in private households. Here, too, the lever principle is used when uncorking the bottle. It is important that the so-called bell is placed straight on the edge of the bottle after the capsule has been removed. Only then does the spindle penetrate the center of the cork. The spindle is screwed in using a handle that can usually also be used as a bottle opener. When screwing in, the two wings are pushed upwards. Important: They must not be blocked or held with the hands. To lever out the cork, press the wings back down together. Here, too, care should be taken to ensure that the spindle is turned into the cork as far as it will go. A classic winged corkscrew from GEFU is available here.

Natural and synthetic corks slip out of the bottle a little more elegantly when a so-called lever corkscrew is attached. As the name suggests, the lever principle is also used here. The kitchen helper itself consists of a kind of tong device that encloses the spindle and a lever that has two tasks in this type of wine opener. With the first lever he turns the spindle into the cork, on the way back he pulls the cap out of the bottle neck, which is fixed by the clamping device. A very simple and, in addition to the electric variant, also the most energy-saving principle for opening wine. A reduced model from BarCraft is available here.

The child's play among the wine openers. It couldn't be easier. The screwpull principle is the only way to push a cork out of a bottle without having to pull or pry. The idea of ​​the Screwpull wine opener came from the American Herbert Allen, who developed this type of wine opener in the 1970s. Instead of lever, Allen used torque as a key to uncorking. The simple principle: you put the wine opener on the bottle neck and twist the thin and slightly elastic long spindle into the cork. And that's until she pulls the stopper up and out of the bottle. The effort required is minimal. Screwpull wine openers are usually made of easy-care plastic. In some models, the manufacturers have integrated the capsule remover. This is also the case with this model from Victorinox.

As is well known, after opening is before drinking. If you want to present the wine to your guests in style, it is best to pour it into a decanter. Otherwise, flexible spouts made of PET film, which are rolled up and inserted into the neck of the bottle, help to pour the wine accidentally. White wines feel most comfortable in the fridge or a wine cooler after opening. A WMF model is available here with a 33% discount. For the benefit!

1 More appetite than the women? Dear men, it's... 2 Recipes to try at home: Lassi, Ayran and Iced Tea:... 3 Guest finds dinosaur footprints in restaurant 4 Flo Delavega: from Bercy to the natural Zenith 5 10 ideas: Dice games: More than just chance decides... 6 "We are horrified" - sawed down memorial... 7 These 5 apps should help you sleep better 8 Prostitution: "Marriage is a lie": Ex-sex... 9 On this island, women are on the rise 10 Hiking in the crater landscape of the Nördlinger... 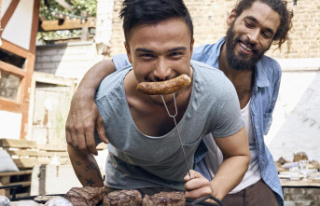 More appetite than the women? Dear men, it's...