Logan Mwangi: In a police interview, Logan Mwangi reveals that a teenage murderer has turned on a boy's mother.

Video footage shows that Logan Mwangi's murder victim, a teenager, turned on his mother after his arrest. 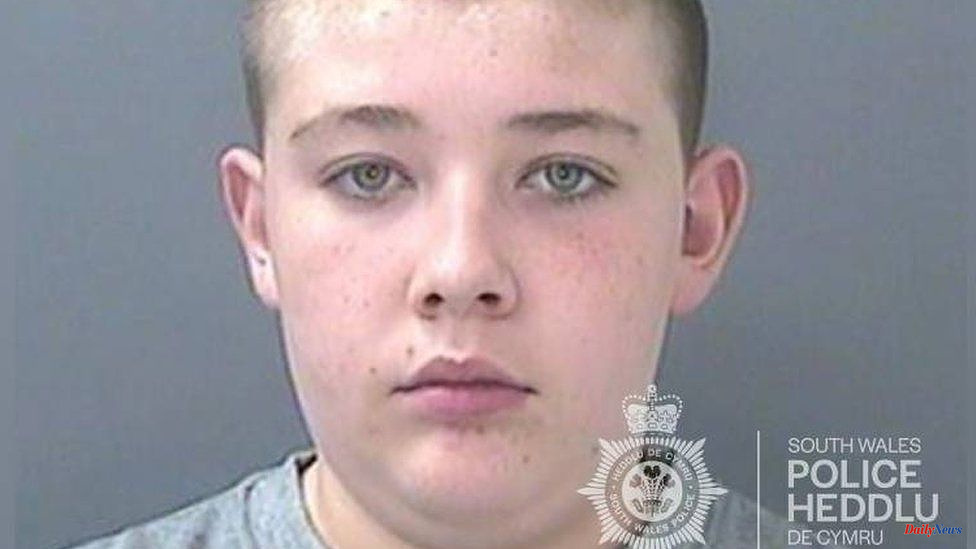 Video footage shows that Logan Mwangi's murder victim, a teenager, turned on his mother after his arrest.

John Cole, 41, Angharad Wilkinson, 31, and Craig Mulligan, 14, were sentenced to life for the murder of Logan, five years old.

In July 2021, his body was discovered in the River Ogmore near his home in Sarn in Bridgend county.

It was one of the most difficult cases that they had ever worked on, according to some police officers.

Logan was killed by his stepfather Cole and mother Williamson. Mulligan was Cole's child since nine months.

After suffering a "brutal, sustained" attack at his home, he died. He was left with 56 "catastrophic injuries" and his body was later dumped as "fly-tipped garbage".

ITV Hub's The Morder of Logan Mwangi has captured police footage of Mulligan.

It shows Logan, the teenager who lived with Cole and Williamson four days prior to Logan's death, being interviewed by South Wales Police officers.

It showed Mulligan (who was 13 at the time of his arrest), swearing to and lying to officers.

Mulligan answered questions about Cole and the CCTV footage that showed them walking in the middle night to dump Logan’s body in River Ogmore.

"It was not something we were meant to do, but we took some of the trash from the back yard and tossed it in the river. It was all in black bags.

Mulligan claimed to police that he did not know what was in the bags. Cole, however, said that he and Cole returned 20 minutes later to see if they had "gone down".

He said, "We tried to be as quiet and peaceful as possible, because we did not want to wake Logan or Angharad. I don't know if Logan was there, since we didn’t look."

Mulligan then repeatedly cursed at officers, referring to Williamson's blaming Cole and him for everything. She stated that they had never done anything and that she was willing to say anything to get out of jail.

Mrs Justice Jefford of Cardiff Crown Court stated that Mulligan didn't see Logan as a brother. He also referred to Logan, "the 5-year old" when he was in foster custody. On more than one occasion, he said he wanted Logan to die.

She stated that there was no doubt that this was because Logan was with her family, and Mulligan wasn't.

Interview footage from police also showed Williamson cracking when asked about the pyjama top-office officers found and the damage it sustained, which was consistent with Logan's injuries and the struggle.

Williamson stated that he didn't know anything about his injuries and would have taken him to the hospital if I did.

Officers told her that they were trying to discover the truth. Williamson said then that Cole had struck Logan.

Jay [Cole] punched him in the stomach three to four times because he refused to talk. He said that pain is the only thing this boy can understand. It doesn't stop, I thought.

She said that Craig also hit Logan. He swept him and pushed him down to the ground. Jay [Cole] stated that he did it to get him to pay attention."

As police officers speak about the trauma they suffered while investigating Logan's death, the footage was made public.

Williamson claimed Logan had disappeared and had called for assistance. Later, it was revealed that the call was part of a plot to cover Logan's death by Cole, Williamson and Mulligan.

Several members of the South Wales Police gave evidence at the trial in January. Some were moved to tears as they recalled the horrendous scenes they saw.

Logan was found by PC Lauren Keen, who took his body out of the River and the paramedics who treated him on the spot were deeply disturbed by the "most traumatic scenes" described by Det. Insp Lianne.

Det Con Clare Edwards, a family liaison officer and investigator, recalled that Logan was taken to the Princess of Wales Hospital in Bridgend to receive a first account from Williamson.

She claimed she brought her in to Logan's room at the hospital. She began to weep as she described seeing a bruise over Logan's left eye.

Det Sgt Ed Griffith stated that it was one the most difficult cases he has ever worked on.

He stated that he would keep this quote with him forever: "10/10 on the scale, to tell the truth, it will live with me forever."

He said, "When you witness a cold, calculated killing of this nature it does impact people, there's not any doubt about that."

"This was a very horrible case, with the injuries sustained, the plan to dispose of the body, and the lying to police before.

"We are happy that we were able to bring some justice to the situation. But, we can't bring Logan back."

Cole was sentenced for a minimum term 29 years in prison. Williamson will serve at most 28 years and Mulligan for at least 15.

1 Operose Health: I was working undercover in a GP office 2 Russian soldiers refuse to fight in Ukraine 3 Air defense systems for Ukraine: US to deliver more... 4 Voting time for Finance Committee, LFI, and RN is... 5 US car market weakens: VW and BMW suffer sales dampeners... 6 For attempted rape, Minister Damien Abad was the subject... 7 Assange appeals the decision to extradite to the United... 8 Strikes and canceled flights... this summer, tour... 9 Mecklenburg-Western Pomerania: From Rügen to Stralsund:... 10 Top 10 Bridging Loan Myths 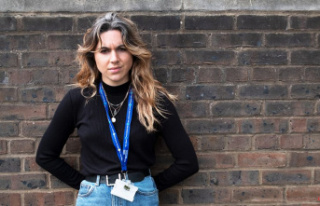 Operose Health: I was working undercover in a GP office