Court papers reveal that the top Scottish lawyer wasn't ready to sign off on a bill for independence. 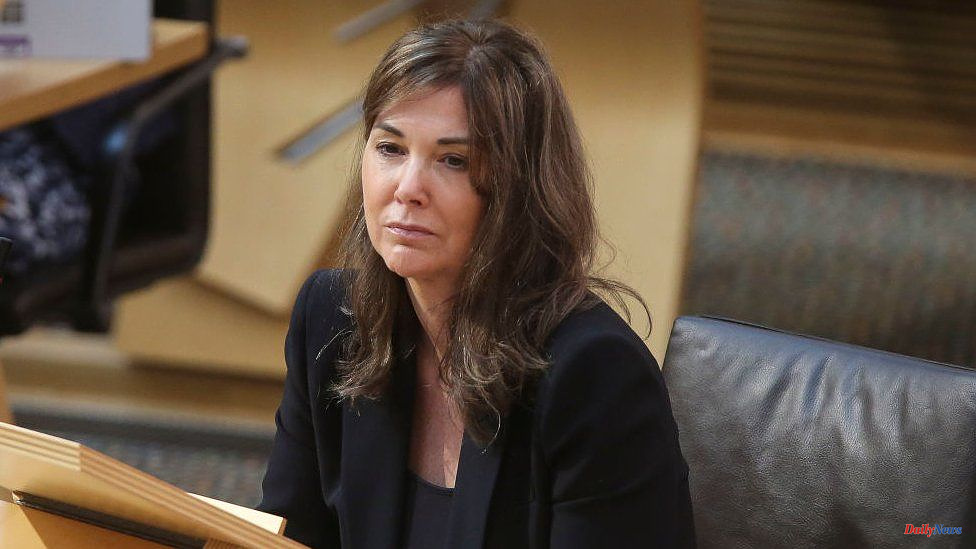 Court papers reveal that the top Scottish lawyer wasn't ready to sign off on a bill for independence.

Lord Advocate Dorothy Bain asked the Supreme Court for guidance on whether Holyrood is able to legislate to a vote without consent from the UK government.

She stated that she does not currently have the confidence to do so.

Nicola Sturgeon stated that she would like to have a referendum held on 19 October 2023.

The Scottish government's case is expected to be heard by the Lord Advocate at the Supreme Court. She stated that there was an issue of "exceptional importance public" for judges to decide.

Ms Sturgeon hopes to still win the agreement from UK ministers for a new referendum. However, she had asked the Lord Advocate for a ruling by the Supreme Court on whether the matter could proceed without the support of Westminster.

MSPs were told by her that this would "accelerate until we have legal clarity" and "legal fact".

According to court papers, however, the Lord Advocate did not support ministers in tabling a referendum law. The question of whether Holyrood is able to do this remained unresolved.

Each bill must be accompanied with a statement indicating that it falls within the legislative jurisdiction of the Scottish Parliament. This statement must be approved by the Lord Advocate.

Referring to the Supreme Court, it was stated that "the Lord Advocate doesn't have the necessary degree" of confidence to act on a referendum bill.

It stated that Ms. Bain considers that there is "a genuine issue in law that is not resolved" and that this is of "exceptional public significance to the peoples of Scotland".

She said the matter was also directly related to a key manifesto promise which she claimed had been endorsed in Scotland by the public. The majority of Holyrood seats are held by the SNP or Greens.

Ms Bain wrote that: "The Scottish government and the Scottish Parliament, as well as the people of Scotland and wider United Kingdom, should be clear about the extent of the relevant reservations regarding this fundamental constitutional issue.

"Being legal questions, only this court is qualified to provide clarity. Until the issue has been ruled out of court, there will be uncertainty and room for dispute about the power of the Scottish Parliament. This is not in the best interest of the people of Scotland and the United Kingdom.

Ms. Bain will send a written argument to the court. The UK government will be asked for a response. Notification has also been sent to the Welsh and Northern Irish administrations.

The president of the court Lord Reed, a former Court of Session judge from Scotland, is currently handling the case. He will determine the timeline for the hearing and decide whether there are any pre-hearing issues.

If the Scottish government prevails, Ms Sturgeon stated that the bill would be introduced to Holyrood. The bill would then be passed quickly to allow for a vote in October 2023.

If the judges disagree, however, the first minister stated that the SNP would treat next UK general elections as a "defacto referendum" and use the outcome to initiate independence negotiations.

It was the centerpiece of Nicola Sturgeon’s big referendum announcement - The Supreme Court would be asked once and for all to resolve the long-standing issue of Holyrood’s powers.

Holyrood's opposition parties, and even the UK government, were caught by surprise when the Lord Advocate pushed the matter immediately to the courts.

It seems that the first minister had no choice. The previous strategy she used was to pass the bill and then defend it in court against any inevitable challenge. However, these papers prove that the Lord Advocate would have refused to sign off on the first key step of that plan.

In the grand scheme of things, it may not make any difference. We are still in court and the Lord Advocate continues to argue for MSPs to have the power to legislate on indyref2.

This illustrates how limited the minister's options are on this matter, and the difficulty in winning over the Supreme Court judges.

Opposition MSPs had asked Ms. Bain to make a statement to parliament after Ms. Sturgeon's announcement. However, this didn't happen before Holyrood went into summer recess.

The UK government is still opposed to a referendum, with Dominic Raab, Deputy Prime Minister, stating on Tuesday that their position has not changed.

He stated to MPs that he did not believe now was the right time to hold a second referendum given all the challenges and pressures, and the result of the first.

"I believe what the people of Scotland want is for both their governments in Edinburgh and Westminster to work closely together.

Donald Cameron, a Scottish Conservative Constitution spokesperson, claimed that documents sent to the Supreme Court revealed that the SNP was playing political games by going before the court to create grievance.

He said: "Now, we know why Scotland's government failed to permit the Lord Advocate to appear in Parliament last week before the summer recess. It is because Scotland's top lawyer isn't confident that the First Ministers plan to hold an unwelcome and divisive referendum has legal basis."

Sarah Boyack, Scottish Labour MSP, stated: "It is evident from the document that Lord Advocate doesn't have confidence that the SNP's proposal is legal.

"With the country facing a crisis of cost of living, it is disappointing to see Nicola Sturgeon revert to the politics that she used to be."

1 Evacuating passengers from a Pentland Firth grounded... 2 Government ranking: Scholz is not in the plus 3 Luhansk's fall, western weapons: how will the... 4 Francois Braun confirms that the reintegration and... 5 Farewell from Russia: Retreating becomes a hurdle... 6 Suspicion of assault: tennis bully Kyrgios has to... 7 Entry into the Wimbledon semi-finals: Djokovic motivates... 8 Climbing and greedy: Spanish slugs are "vultures... 9 Saxony-Anhalt: Courses for police candidates with... 10 Newry: Police seize drugs, counterfeit goods, and... 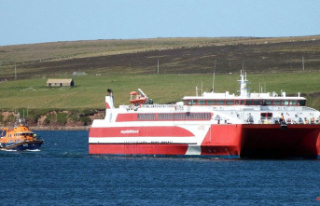