Loveparade successor is booming: 200,000 people celebrate at "Rave The Planet"

Despite the rain and wind, hundreds of thousands celebrated at the Loveparade successor "Rave The Planet" in downtown Berlin. 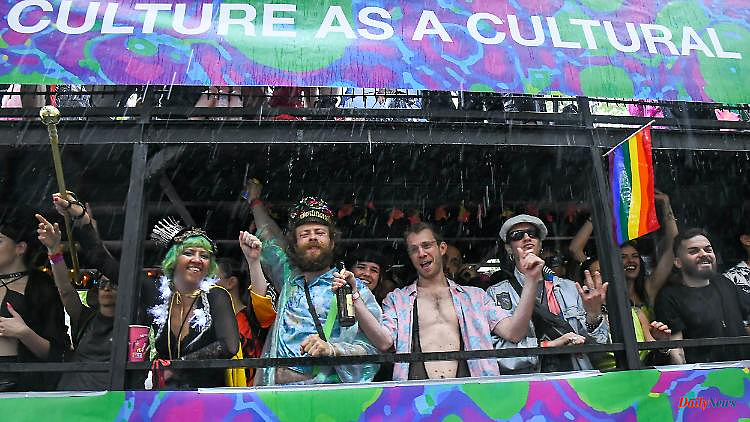 Despite the rain and wind, hundreds of thousands celebrated at the Loveparade successor "Rave The Planet" in downtown Berlin. The participants dressed in garish costumes along a seven-kilometer route to the Victory Column. Loveparade founder Dr. But Motte also had a political message.

The Loveparade successor "Rave The Planet" celebrated a great success in Berlin despite cool temperatures and rain. According to the Berlin police, 200,000 people came to the event - the organizers led by Loveparade inventor Dr. Motte up to 25,000 participants. A police spokesman said on Sunday that the event was largely peaceful.

Rave The Planet was registered as a demonstration. The participants gathered at Kurfürstendamm and then moved on a seven-kilometer route to the Victory Column in Tiergarten. Love Parade founder Dr. Motte, whose real name is Matthias Roeingh, issued the motto "Together again", which is intended to carry on the spirit of the Love Parade.

The new foundation has nothing else to do with the original event, as the organizers emphasize. The techno pioneer had given up the Loveparade brand. dr Motte told Radio Berlin-Brandenburg about the background of the meeting, "we want to show that a peaceful world is our dream and our wish".

The event on Saturday did not reach its famous predecessor from the 1990s, the Loveparade, in terms of the number of participants. At peak times, more than a million people took part in the Love Parade; a record was reached in 1999 with 1.5 million participants.

Loveparade founder Dr. Motte also sees the music spectacle as a political demonstration - in his speech he called for an unconditional basic income. The recognition and preservation of electronic dance music culture as a cultural achievement was also demanded. The Love Parade took place in the capital from 1989 to 2006, then at different locations in the Ruhr area. During the last parade in Duisburg in 2010, there was an accident that killed 21 people. 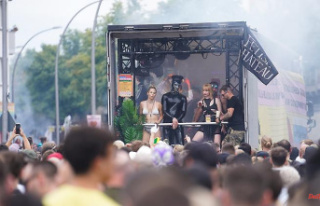