"When are you guys getting married?" moderator Victoria Swarovski wants to know about Luca Hänni and Christina Luft at the "Let's Dance" finale. 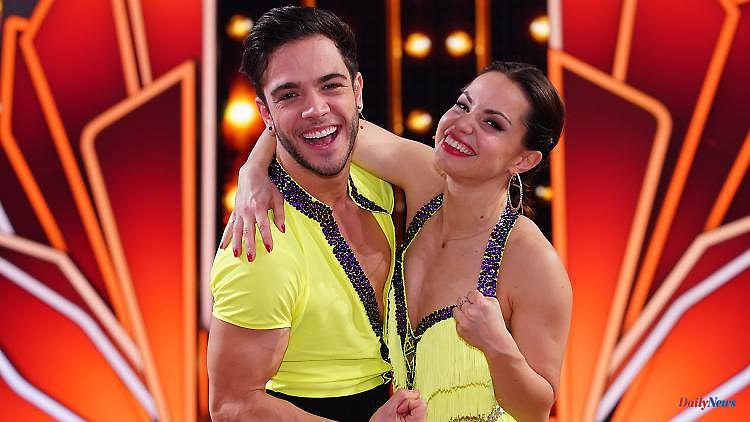 "When are you guys getting married?" moderator Victoria Swarovski wants to know about Luca Hänni and Christina Luft at the "Let's Dance" finale. The two do not want to reveal the exact date. But the couple can elicit some details about the wedding. A lot should change, especially for Christina Luft.

Singer Luca Hänni and professional dancer Christina Luft reveal the first details of the wedding. During the "Let's Dance" finale on Friday (May 20), presenter Victoria Swarovski wanted to know the answer to the question of all questions: "When are you finally getting married?" However, Hänni skilfully blocked, the exact date will not be revealed.

After the show, he revealed some information in the RTL interview. "Today is the final day and then there's the professional challenge. After that, we'll really get into the planning. But yes, I'm really happy," said the Swiss in an interview.

And for Christina Luft too, the dream of her own wedding seems to be gradually taking shape: "Slowly it's all becoming real. Before it was all so far away. You knew you were engaged, but now there are concrete details and then you understand first what it all means and how beautiful it all is. We're happy about every little thing."

Although wedding planning is usually stressful, the two don't fight. "We always think everything is great. We're just happy that we can do everything," said Luft, while Hänni emphasized that both always had "the same taste".

When the big wedding will take place, the two have not yet been elicited in the backstage interview. Another big step is waiting for the professional dancer anyway. Christina Luft will emigrate to Switzerland for her Luca. "I'm really excited," admitted the 32-year-old in an interview. That is "a big deal".

Christina Luft and Luca Hänni met each other on "Let's Dance" in 2020. During the season, Hänni separated from his longtime girlfriend Michèle Affolter. Only a few weeks after the final, the two finally officially showed up as a couple.

So they're not the only couple who fell in love during the dance show. Model Rebecca Mir also danced her way into Massimo Sinató's heart. The two are now married and have one child together. 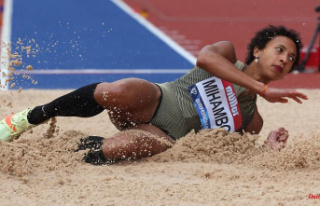 "There's more to it": Olympic champion...