She is a big tennis fan, but Duchess Kate has not been seen at the world's most famous tennis tournament for a long time. 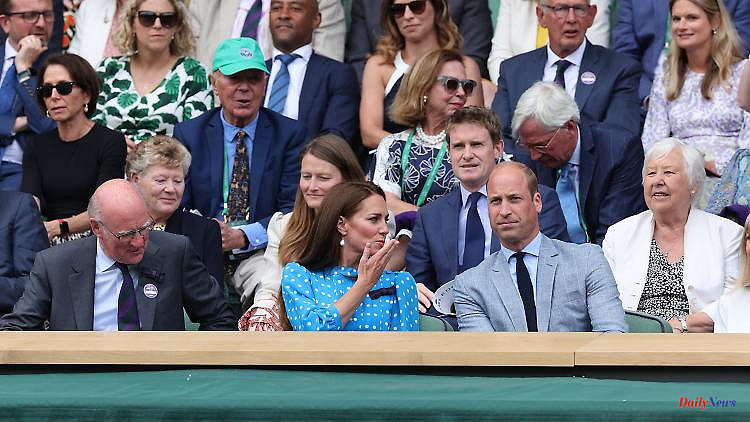 She is a big tennis fan, but Duchess Kate has not been seen at the world's most famous tennis tournament for a long time. Until now: In front of the 40-year-olds, not only Novak Djokovic celebrates a hard-fought victory in Wimbledon, but also a British hope.

Royal fans have been waiting for this: Duchess Kate has finally attended the tennis tournament in Wimbledon. Together with her husband Prince William, the 40-year-old, who is a big tennis fan and patron of the British Tennis Association, sat in the audience during the men's quarterfinals.

While Novak Djokovic and Jannik Sinner fought for a place in the semi-finals on the Center Court lawn, Duchess Kate cut a fine figure in the royal box in the azure blue polka-dot dress by designer Alessandra Rich. She wore the dress during the Queen's Platinum Jubilee celebrations. She combined white pearl earrings and white pumps. Prince William sat next to his wife in a light gray suit.

Also in attendance were Kate's parents, Michael and Carole Middleton, who also took a seat in the royal box. The two had attended the tennis tournament several times in the past few days. How long Duchess Kate and Prince William will stay at the tournament is unclear.

1 Energy. Norway strikes to end gas supply to Europe 2 Saint-Lattier. Un corps found floating on the Isere 3 Vaucluse. Avignon: A woman and her infant were injured.... 4 British Airways cancels 1,500 additional flights 5 Lurpak: Farmers get fair deal when butter prices go... 6 Resignations by government officials: Who is still... 7 A weekend workout can be enough to keep you fit 8 Man is seriously injured by a 'callous'... 9 Gwreiddiau Cymreig seren Wimbledon, Cameron Norrie 10 "Not decisions without me": Zelenskyj reprimands... 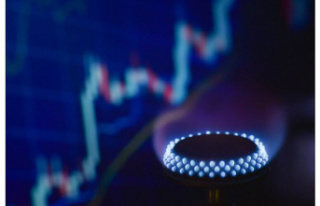