Maas on Israel and Palestine: Why the Middle East conflict is insoluble

Since 1918 Jews and Arabs have claimed the region of Palestine as their own. 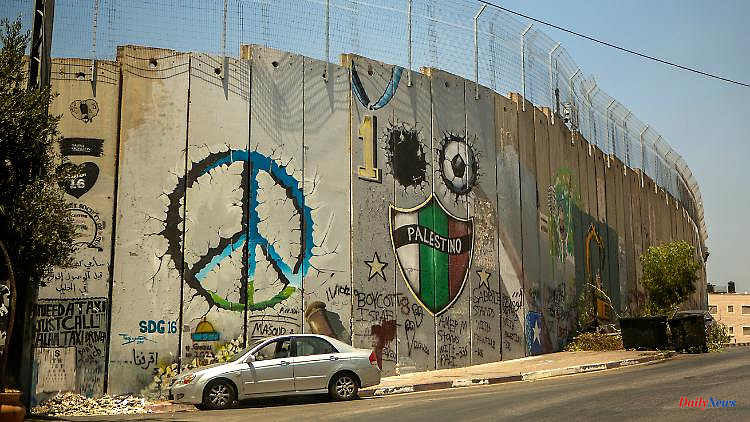 Since 1918 Jews and Arabs have claimed the region of Palestine as their own. How come? And is there hope for a peaceful future? In the new episode of "We Are History", former Foreign Minister Heiko Maas tries to find an answer.

The Ukraine war and the constantly shifting front are a daily reminder that military conflicts are a zero-sum game. One often hears what percentage of the country's territory the Russian army now controls - and shudders. At the core of the Middle East conflict is a similar connection: two camps claim the same area as theirs, therefore wage wars, negotiate peace before fighting again.

Heiko Maas knows the muddled situation. "It's difficult to explain - on both sides," says the former Federal Foreign Minister in the ntv podcast "We are history". He has traveled to the Middle East several times. In recent years, there has been more confrontation than reaching out to each other, he says. There is a fundamental need for security and peace on both sides.

Maas recognizes this need, among other things, from the fact that Israel is negotiating and normalizing relations with other Arab states such as the United Arab Emirates, Bahrain, Morocco and Sudan. "That didn't exist in the past," explains the politician. However, the so-called Abraham Accords Declaration has so far not contributed to positively promoting the dialogue between Israel and Palestine. "As long as this conflict persists, the Middle East will not calm down."

The Middle East conflict began at the end of the First World War. At that time, the British administered the area on the eastern shore of the Mediterranean Sea, which had been the subject of a struggle for over 100 years. They promised both Arabs and Jews that they could establish a state - without informing either side of the agreement with the other. Ultimately, the Jewish settlers successfully asserted their rights and were able to underpin them with an agreement with Great Britain, the so-called Balfour Declaration.

As a result, more and more Jews settled in this place of longing. They bought lands from Arabs and expelled other Arabs living on that land. These expulsions set a spiral of violence in motion: the first massacres took place on both sides in the early 1920s. It becomes clear that living together does not work.

The territory on which Israel and Palestine lie is still claimed by both population groups today. It's about countries, borders and access to religious sanctuaries.

A coalition of eight parties has governed Israel since 2021, in which a lot comes together, from right-wing Israeli organizations to Palestinian interest groups - but it works. "This alliance only came about because most people were fed up with Benjamin Netanyahu. Netanyahu exploited the Middle East conflict for domestic political reasons," says Heiko Maas. The current coalition is making more sensible policies. Can this be used to take steps forward in the peace process? "Time will show."

On the other side of the negotiations are two organizations: Fatah and Hamas. They are deeply hostile to each other and have sometimes fought each other. Even within these groups, there is little consensus. Hamas is classified as a terrorist organization by the EU, among others. "And as long as a negotiating partner is not able to find positions that are also represented for all Palestinians, it will be difficult to resolve this conflict," says Maas, assessing the situation. That is Israel's point of view: the Palestinians must first come to an agreement.

The situation remains unstable and threatens to escalate. "When rockets are fired at each other or assassinations are carried out, people die - and the political leaders come under pressure," analyzes the former foreign minister. You have to ensure security and justice - on both sides.

1 Green foreign policymaker Schäfer: "What drives... 2 After the visit to Kyiv: praise for Scholz even from... 3 Reactions from Ukraine: "That's Scholz,... 4 "Due to ongoing grief": Sinéad O'Connor... 5 Huge fingerprint sensor: Vivo X80 Pro shows Apple... 6 E-car is not a washing machine: charging at home without... 7 Laptop instead of cinema: when streaming is allowed 8 Against sunstroke and collapse: tips to better cope... 9 31 percent protection: SAP with an eleven percent... 10 Danger for children and animals: beware of the heat... 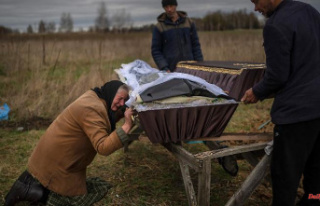