Emmanuel Macron will be in Romania on Tuesday, June 14, to meet the 500 French soldiers deployed at a NATO base following the invasion of Ukraine. 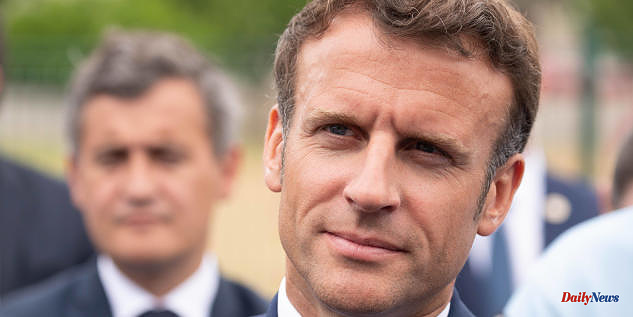 Emmanuel Macron will be in Romania on Tuesday, June 14, to meet the 500 French soldiers deployed at a NATO base following the invasion of Ukraine. He will also visit Moldova to support the troops and possibly make a trip to Kyiv.

This will be the French president's first visit to southeastern Europe directly affected in the conflict that was sparked by Moscow at February's end. According to media reports in Berlin and Rome, his visit to Ukraine, which has been highly anticipated, could be soon in company of Olaf Scholz, German Chancellor, and Mario Draghi (Prime Minister of Italy).

Information not confirmed or confirmed by the Elysee. This statement states that "nothing has ever been confirmed" at this point. This is especially important as France holds the rotating presidency of the Council of the European Union through the end of June.

Emmanuel Macron will be accompanied by Catherine Colonna, Minister of Foreign Affairs, and Sebastien Lecornu (Minister of Defense), at the Mihail Kogalniceanu Base, near Constanta. This base is the main port on the Black Sea for Romania, a strategic location that has been extremely important since the beginning of the war. The Elysee summarizes that Romania is "on the front line" like Poland and the Baltic states.

After being greeted by Prime Minister Nicolae Ciuca the Head of State will talk with the forces from the "Aigle", a NATO mission that was launched to strengthen "its defensive and deterrent posture on its eastern flank Europe".

France will deploy 500 soldiers as part of this operation. 350 of these soldiers are from the army. They will form the "Spearhead Battalion", which includes 300 Belgian soldiers who will be replaced in the next months by Dutch.

Emmanuel Macron, Romania's President Klaus Iohannis joined him Wednesday morning at the base. He will send "a very clear message about our commitment to NATO allies, European partners", according the Elysee Palace. It insists on "the very significant investment" it represents. France deployed a new state-of the-art surface to air defense system in France. The mission will be intensified with an additional 1,000 soldiers and reinforcement of Leclerc tank forces by the end the year.

At midday, President Maia Sandu will receive the Head of State in Chisinau. He has "a relationship of trust" with her, having previously received her three times at 'Elysee Palace from February 2021 to February 2021.

Emmanuel Macron and Catherine Colonna will be the first French presidents to visit Ukraine since Jacques Chirac 1998. They will "support [France] in the most direct manner possible" for the former Soviet republic, which was particularly affected by the Russian invasion. It shares a border with Ukraine.

France has provided financial and material support to Moldova in order to help them with their "exceptional solidarity" in welcoming Ukrainian refugees. More than 480,000 people have already gone there, and another 80,000 are currently there.

This country, which has a population of just 2.6 million people, applied to the European Union (EU). It was also submitted on March 3 by Ukraine (February 28), and Georgia (March 3). The European Commission will soon decide on the request before it is discussed at the European summit in Brussels on June 23-24.

During her May visit to Paris, President Sandu acknowledged Emmanuel Macron's "initiative" of creating a European political community. She said it would allow her country to "accelerate its" entry to the European Union. EU. "We know that EU membership can be a complex and lengthy process. It requires a lot effort and a lot work. She explained that we aren't looking for shortcuts on this path.

1 Impossible to pay for Barça ?: FC Bayern apparently... 2 School canteens are trying to limit inflation 3 Miracle of evolution or plague?: Australians have... 4 All passengers dead: Missing helicopter found in Italy 5 Yes word on Mallorca: Nico Santos is under the hood 6 Rugby. National: Chambery hires a third-line in Pro... 7 Household contents insurance in the test: Expensive... 8 Stiftung Warentest: Many cross trainer models are... 9 Useful instead of unromantic: marriage contract ensures... 10 Long out of the job: Are professional qualifications... 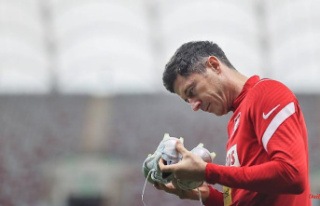