According to Defense Minister Lambrecht, there are no Marder tanks that can be delivered to Ukraine. 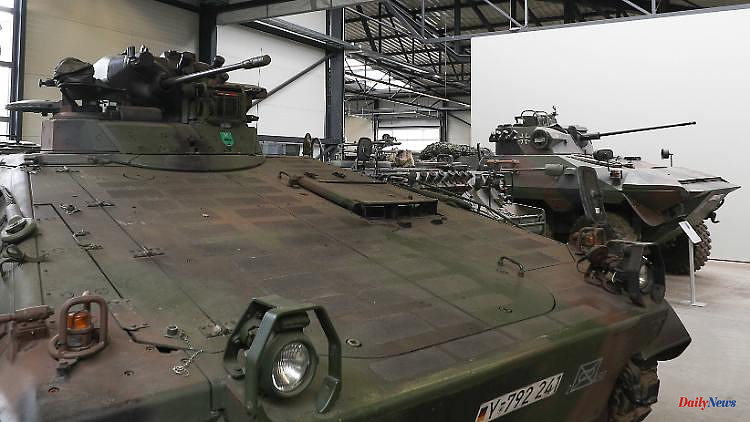 According to Defense Minister Lambrecht, there are no Marder tanks that can be delivered to Ukraine. An internal Bundeswehr document is said to refute this statement.

Defense Minister Christine Lambrecht is confronted with new allegations in the dispute over tank deliveries for Ukraine that may have been delayed by the German government. The "Bild" newspaper reports on a confidential paper from the Ministry of Defense that contradicts the minister's official version. Lambrecht's house responded to the order from Kyiv that all 343 Marder infantry fighting vehicles would be needed by the Bundeswehr itself.

According to the report, the internal document states that the Bundeswehr has 62 martens that are no longer used. The newspaper quotes from the document from mid-May: "Of these, 32 vehicles could be repaired if necessary and then used again." Another 30 martens are therefore "only suitable for spare parts".

According to the document, the repair by the Bundeswehr could take some time. The period is between nine and twelve months. The "Bild" newspaper suspects that the process could be completed more quickly if the armaments industry were involved in the process. Ukraine had requested the Marder tanks in early March.

The armaments group Rheinmetall also has stocks of used Marder tanks that can be refurbished for use again. "We started four weeks ago, although there is no concrete order yet. So we're doing it at our own risk," said CEO Armin on May 10th. At the time, he said that deliveries could be made in the next three weeks, but that it wasn't just Ukraine that was interested in the tanks.

In the case of discarded Bundeswehr tanks, the Ministry of Defense was at least able to make positive headlines. In July, Ukraine will receive the first 15 Gepard anti-aircraft gun tanks from German industry stocks. The package also includes training support from the Bundeswehr, the provision of almost 60,000 rounds of ammunition and the delivery of a further 15 tanks in the summer.

After a struggle for the delivery of heavy weapons, the manufacturer Krauss-Maffei Wegmann had received the political green light from the federal government to sell the technically refurbished anti-aircraft tanks from former Bundeswehr stocks. Krauss-Maffei Wegmann has a middle two-digit number from the disbanded army air defense of the Bundeswehr - we are talking about a total of 50 pieces. The cheetah can also be used in combat against ground targets.

1 Crypto crash and gang war: Bitcoin dictator Bukele... 2 Anger at president and club: Spanish league wants... 3 "I'm dealing with inquiries": Löw... 4 The day of the war at a glance: Heavy fighting in... 5 Women's Champions League: Olympique Lyon creates... 6 Trump, on the other hand, is not affected: Russia... 7 Defying a deficit and a man down: RB Leipzig wins... 8 Cup off, further, scorer: The man who lost the cup... 9 Offer for wind power subsidiary: Siemens wants to... 10 Checking out the historic final: There are tears on... 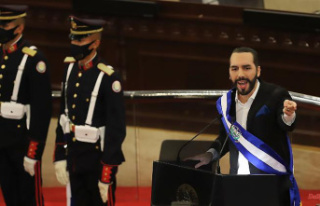