Heart-stopping final for the title: Jürgen Klopp is practicing mind games in a long-distance duel with Manchester City, considers the triumph in the Premier League to be “unimaginable” – and is hoping for Steven Gerrard. 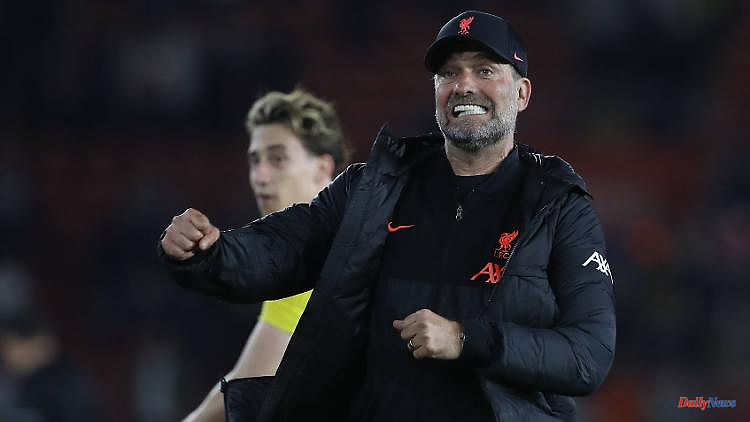 Heart-stopping final for the title: Jürgen Klopp is practicing mind games in a long-distance duel with Manchester City, considers the triumph in the Premier League to be “unimaginable” – and is hoping for Steven Gerrard. Ironically, the former Liverpool legend could slow down Pep Guardiola.

Jürgen Klopp laughed happily and took a sip from his white "Normal One" cup with relish. The fact that his Liverpool FC in the heart-stopping final for the title in the English Premier League is dependent on support does not seem to worry him much. Finally, Klopp can count on a real Reds legend in the third "final" in his historic quadruple hunt.

"If I could help Dortmund or Mainz, that would be extra motivation for me," Klopp said of Liverpool icon Steven Gerrard, who joins Aston Villa at leaders Manchester City. Klopp can only crown himself against Wolverhampton Wanderers for the second time after 2020 in the early evening (both 5 p.m. / Sky and in the live ticker on ntv.de) if the defending champion around national player İlkay Gündoğan does not win his “final”.

"But I'm not playing - and neither is Stevie," Klopp said of fellow coach Gerrard, "which is more unfortunate for him than for me." He doesn't have to call him specifically and ask for a friend service, "he will take it 100 percent seriously, I'm sure".

As a matter of fact. "We're trying to make it as difficult as possible for them and we're going to give everything we have," assured Gerrard, but after Thursday night's 1-1 draw with Burnley he pointed out: "We don't have much time to prepare." If you're not up to par against City, Klopp warned, "you'll easily get five or six." In general, the challenger has been summoning the strength of Pep Guardiola's team for days. It is "inconceivable" that after the 2-2 win against West Ham United they could drop points again and that Liverpool, who were one point behind, could still pass them.

In fact. Because, as psycho player Klopp explained cleverly, you know it: "You're the favorite and the better team, but then: Oops, 0: 1." Then "it depends on the character. We've proven it many times." With the triumphs in the League Cup and FA Cup as well as in the Champions League, in which Liverpool again reaches for the handle pot against Real Madrid on May 28th.

"The momentum," Klopp claimed, lies with his LFC. The parade with up to four trophies has long been scheduled for May 29, "I feel an incredible confidence and positive atmosphere around Anfield". And in Manchester? "We are absolutely crazy about the title," said Guardiola, but he knows: "Football is a game and as such it is characterized by coincidences. There are aspects that you cannot control." Especially not what the rival says. "I don't know what City's pressure is like," said Klopp imploringly. Does the champion feel a certain nervousness? "Maybe," Guardiola countered, "they feel the same way." 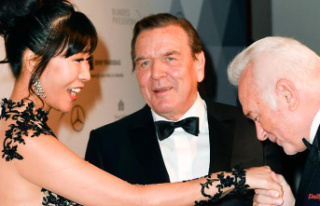