At a wine merchant, in a restaurant, in a bar, we are guided in our choices. 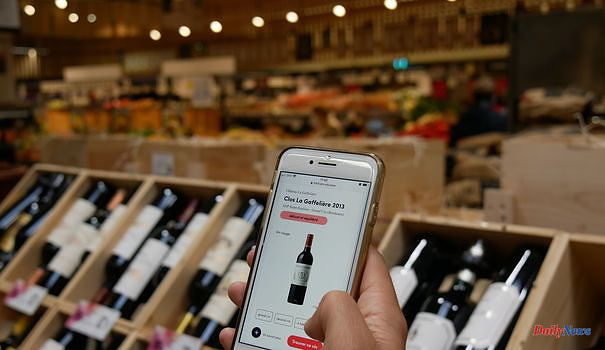 At a wine merchant, in a restaurant, in a bar, we are guided in our choices. At the supermarket, on the other hand, we are lost. This is where Matcha and Winespace come in. The two start-ups are competing for the in-store recommendation market: a customer service that also does business for the merchant. The pioneer, Matcha, founded in Paris by a trio of sommeliers in 2016, is aimed "by vocation at mass distribution, where there is no advice", explains its founder Thomas Dayras.

The "virtual wine merchant" is integrated into a small illustrated questionnaire on Macave.carrefour.fr, and on the websites of Monoprix and Casino. Colour, budget, region, typicality or dish to accompany, the search engine refines the customer's needs. Synchronized several times a day with the seller's stock, it offers a selection of around ten references.

The tool is also deployed in around fifty physical Casino, Intermarché and Monoprix stores, on a tablet or via QR Codes, particularly in the cheese and charcuterie departments which often arouse a desire for wine. To help customers find their bottle in front of a wall of bottles, Matcha can even flash the label. Thomas Dayras notes "from 500 to 1000 connections per month and per place of sale, and a conversion rate multiplied by three online, with a 25% increase in the average price per bottle". The company is continuing its development in the beer and spirits departments, and has signed a contract to equip the airport shops of Lagardère Travel Retail. She also hopes to fly internationally.

Winespace, for its part, has been established since 2021 in the Intermarché and Leclerc stores in the South-West through the web application Monconseillervin.com. The objectives are the same: to support the customer in his choices while collecting (anonymous) information on his desires, his preferences... "Stores know what they are selling with barcodes, but not what customers want exactly. The collection of data will allow them to adjust the offer as closely as possible", explains Sylvain Thibaud, the founder of the young Bordeaux shoot.

To improve advice and increase sales, Winespace is developing Tastee, an algorithm that wants to "identify the taste of wine". The start-up has undertaken to collect and synthesize the countless tasting comments from professionals on notes in oenological jargon, which cannot be used as such. She is thus working with a team from the National Institute for Research in Digital Science and Technology to have a "translation" that can be used by a statistical tool. "The taste of wine is its essence. However, it is a subjective and fleeting notion. We want to establish objectivity by the number", sums up Sylvain Thibaud.

Tasting Online (DOL) organizes discovery evenings and the purchase of bottles directly with the winegrowers. Its founder, Antoine Wacheux, travels to a property with four cameras, a lighting system and a 4G relay ("because the network is rarely good in the cellars"), then produces hour-long programs on YouTube for groups of tasters gathered behind a computer. DOL thus brought together up to 100 people for these immersive sessions "behind the scenes of a domain, as if we were there".

The first took place in December 2018 at Château Anglade, in Faugères (Hérault). The issue, monthly, should become weekly with a second film crew. Its principle? The friends or colleagues of the nice organizer of the evening follow a producer from a distance in the visit of the cellars and listen to him talk about his cuvées, which they discover thanks to samples delivered in advance. They interact on the chat, challenge each other virtually and can buy the products. "With a gaming side: the more orders there are, the more the price drops", specifies Antoine Wacheux. We quickly get caught up in the game: from 150 to 180 bottles ordered on average per session, and up to 260 for the record. One hour more profitable than a day at a trade show for the winegrower and at no cost to him.

1 Mystery of the monolith in Utah: a publicity stunt... 2 Corsica: a deceased man elected to the municipal council 3 A new Prime Minister, a female Polytechnique Major...... 4 Clément Beaune: "Eurovision is a form of soft... 5 Winter sales: traders hope to make up for the shortfall... 6 The French, European motorcycle champions 7 In western Lyon, residents are up against a cable... 8 INFOGRAPHIC - Traffic jams, travel times by train... 9 Conflans: encrypted messages, 16 people in police... 10 Griveaux said he sent "between five or six videos"... 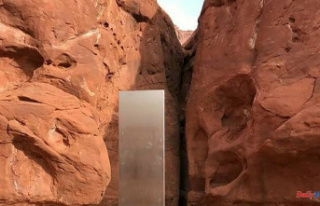 Mystery of the monolith in Utah: a publicity stunt...