The Müritz has again attracted many visitors. 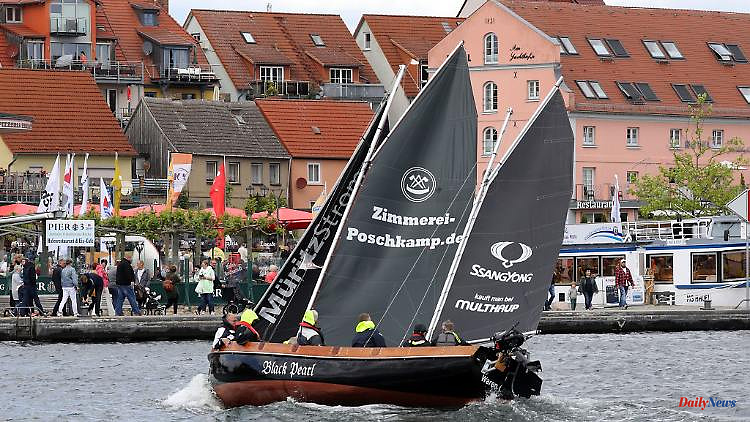 The Müritz has again attracted many visitors. After the corona-related cancellations, thousands came to the 20th Müritz Sail and enjoyed music, culture and defied the weather. Other events also attracted many to the northeast.

Waren (dpa/mv) - The organizers of the 20th Müritz Sail have drawn a positive balance despite some weather-related failures. "It was a worthy 20th Sail with many happy visitors," organizer Jörg Bludau told the German Press Agency on Sunday. The maritime folk festival on the largest inland lake in Germany - the Müritz - which is also considered the little sister of the Hanse Sail in Rostock, attracted tens of thousands of onlookers and water sports fans to Waren on the north bank and to Rechlin on the south bank from Thursday to Sunday. The Müritz Sail was canceled in spring 2020 and 2021 due to the corona pandemic.

One of the highlights of the 20th edition in Bludau was the opening day on Ascension Day. Despite the stormy gusts, many visitors strolled through the sheltered city harbor, lifted themselves to dizzy heights on the Ferris wheel and let themselves be taken out by passenger ships. In addition, houseboats and sailing boats could be inspected. The restaurateurs had their hands full because there were no more free seats in the restaurants.

"The dealers are also very satisfied, the sales are right," said Bludau. In addition, there were no incidents in which the police had to intervene. Other highlights were a concert by Schiller, who played his electronic music over loudspeakers throughout the city harbour. It was also very crowded at the harbor on Saturday evening for a laser show and the fireworks. After that, jet skis let their engines roar on the water in the light of torches and showed stunts.

The water sports enthusiasts had to draw a rather mixed balance. The stormy weather prevented sightseeing flights with a seaplane as well as wingfoil and sailing races on three out of four days. It was only on Sunday that passengers were able to explore the lake region by seaplane and ride an e-foil. With e-foiling, water sports enthusiasts glide over the water on a hydrofoil surfboard with the help of an e-drive installed under the board.

In the past, the Müritz Sail attracted up to 60,000 guests to the Müritz over four days. The organizers did not want to name a number this time.

But the Müritz Sail was not the only highlight of the weekend: In addition, an exhibition with works by the painter Daniela Friederike Lüers was opened in the Haus des Gastes in Waren ("In the water-wide country"). And the Mecklenburg Lake Circuit, in which cyclists cycle around 300 kilometers from Neubrandenburg around the Müritz and back, attracted around 3,000 participants at the weekend. Because of the adverse weather conditions, rain and strong wind, about 140 women and men gave up this time. Hundreds of onlookers also came to a medieval meeting in Neustadt-Glewe (Ludwigslust-Parchim) and to the International Trabi Meeting in Anklam in Western Pomerania.

1 Thuringia: A4 tight after accident: child seriously... 2 Distraction from 'Partygate'?: Johnson wants... 3 Thuringia: Bull figure stolen from the city center... 4 Massive attacks in the Donbass: the last cities in... 5 Bavaria: Drunk driver flees and crashes into a tree 6 North Rhine-Westphalia: robbery of supermarket: daily... 7 "Sovereign politics" made more difficult:... 8 Discussion with Finns and Swedes: Erdogan will not... 9 "Didn't he do so well": Kroos and ZDF... 10 Hesse: motorcyclist dies in a collision: motorists... 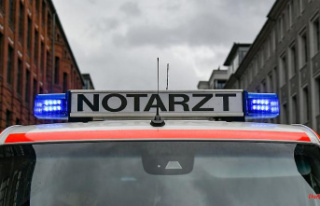