Mecklenburg-Western Pomerania supports the purchase of small solar systems that do not require approval with up to 500 euros. 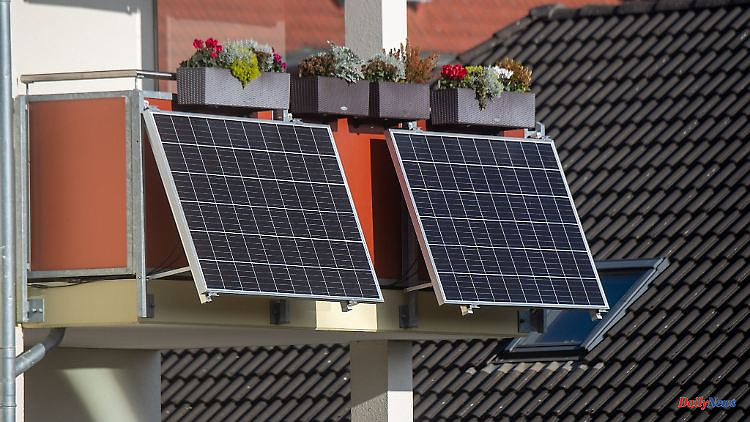 Mecklenburg-Western Pomerania supports the purchase of small solar systems that do not require approval with up to 500 euros. In the first week, 400 applications were received.

Schwerin (dpa/mv) - In the first week after the start of the balcony power plant funding in Mecklenburg-Western Pomerania, around 400 applications were received. This was announced by the Ministry of the Environment, citing the state funding institute, at the request of the German Press Agency.

Tenants and homeowners have been able to apply for grants from the State Funding Institute since November 8th. The solar system for the balcony must already be purchased, installed and registered with the grid operator when the application is submitted, but the purchase must not have taken place before November 8th. The state grants up to 500 euros in funding.

The total funding amounts to 10 million euros. After deducting administration and processing costs, around 18,000 households in the country can benefit, according to the government.

According to Environment Minister Till Backhaus (SPD), Mecklenburg-Western Pomerania is the first federal state to provide financial support for the installation of such balcony power plants. Systems with an output of 200 to 600 watts are funded.

1 Saxony: Clothing stores in Saxony create costs 2 Hesse: Pubs and clubs offer an alternative program... 3 Despite Russia differences: APEC countries can reach... 4 New hurdle at the climate conference: John Kerry has... 5 Theranos founder convicted: Pregnant Elizabeth Holmes... 6 Press conference at the start of the World Cup: FIFA... 7 No beauty, but economical: With the Honda Jazz Hybrid,... 8 Hesse: Eight-year-old is hit by a car and seriously... 9 Bavaria: Already as many flu cases as in the entire... 10 Mecklenburg-Western Pomerania: young people and 54-year-olds... 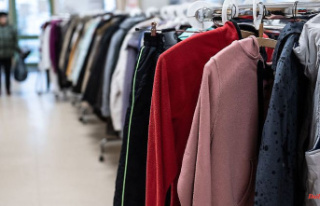