The sale of the huge unfinished cruise ship from the insolvency estate of the MV shipyards could secure many jobs in Wismar. 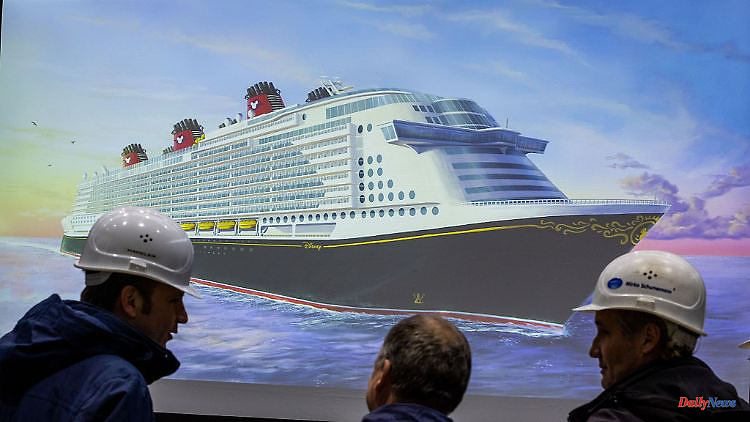 The sale of the huge unfinished cruise ship from the insolvency estate of the MV shipyards could secure many jobs in Wismar. However, it is not yet clear how many.

Wismar (dpa / mv) - The sale of the cruise ship "Global One" still leaves questions unanswered for the former employees of the MV shipyards. "After construction, purchase and lease contracts, there must now be employment contracts for the colleagues," said Hennig Groskreutz from the IG Metall union on Thursday. Although the prospect of employing "several hundred" employees was promised, it is still unclear how many there will actually be.

There are currently 900 employees in the transfer company of the insolvent MV Werften. The state of Mecklenburg-Western Pomerania wants to extend this until the end of January 2023.

The American Disney group acquired the ship, which is 75 percent complete, on Tuesday from the insolvency administrator of the MV shipyards and wants to have it completed in Wismar under the management of the Papenburg Meyer shipyard. Its managing director Bernhard Meyer explained on Thursday that the number of workers required depends on the exact conversion plans. Depending on which conversions are necessary to meet the wishes of the new owner, you need more or less staff.

Insolvency administrator Christoph Morgen has already announced that around 100 colleagues - who were currently still employed during the insolvency - should help, as well as another 100 who are employed by the newly founded Maritime Engineering GmbH. These are to work on both the shipbuilding project in Wismar and the new shipyard owner Thyssenkrupp Marine Systems (TKMS).

Groskreutz appealed to those involved to carry out the conversion planning as quickly as possible so that it was quickly clear who would be needed to complete the ship. But he also sees good prospects for the rest, for example in the area of ​​mine clearance or platform construction for the offshore wind power industry. However, the trade union also looks beyond Wismar to the former MV shipyard locations in Rostock and Stralsund: "At all three locations it is now important that as many good offers as possible are made for the former employees of the MV shipyards", said district manager Daniel Friedrich. 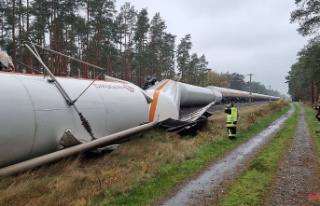 North Rhine-Westphalia: Trains from NRW in the direction...