Even the organizers were surprised by the response. 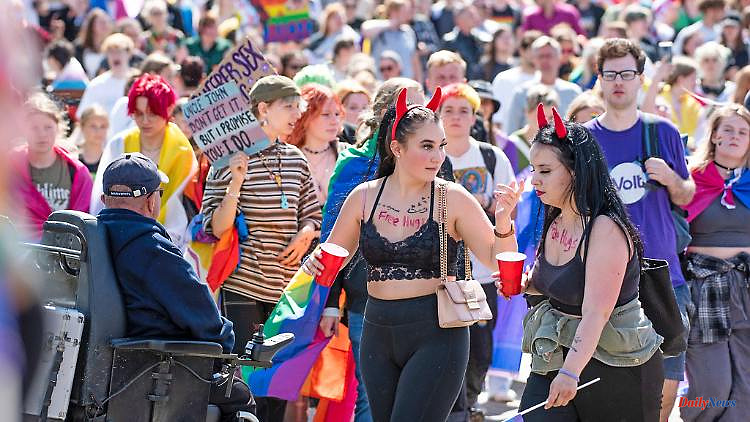 Even the organizers were surprised by the response. In a long, colourful, and noisy procession through Rostock city centre, around 10,000 people campaigned for sexual and gender diversity.

Rostock (dpa/mv) - At the 20th Christopher Street Day (CSD) in Rostock on Saturday, according to the police and organizers, around 10,000 participants emphasized demands for more acceptance of sexual and gender diversity. In addition, they demanded legal reforms that would eliminate disadvantages, for example, for homosexual men and lesbian women. As examples, CSD organizer Max Rentner cited restrictions on homosexuals donating blood and obstacles to the recognition of custody in lesbian relationships. In addition, pensioners called on the state government to provide the state action plan for sexual diversity with the necessary financial resources.

Social Minister Stefanie Drese (SPD) admitted at a rally at the beginning of the day of action under the motto "More than colourful, loud and shrill" that despite recent progress there is still a considerable need for reform. "There's a lot we have to keep doing together, loud, colorful and flashy all year round. When we talk about the fact that family is everywhere where people care for each other, then that has to be reflected in the laws too "Drese said. She is counting on broad support for the implementation of the intended reforms.

Reservations, prejudices, hostilities and discrimination should be further reduced. Mecklenburg-Western Pomerania wants to be a federal state that does justice to the interests and needs of all citizens. "A country for boys and girls, men and women, for lesbians, gays, bi, trans, inter and queer people," explained Drese. She announced that she wanted to continue the "state action plan for equality and acceptance of sexual and gender diversity" as a kind of model in a broad participation process. She did not provide information on the extent of the financial support.

The Christopher Street Day goes back to a rebellion by homosexuals against police arbitrariness in New York. In memory of this, there are demonstrations worldwide for the acceptance of sexual and gender diversity. More than 1000 participants were counted at the Christopher Street Day in Schwerin at the end of June. There will be more CSD events in Mecklenburg-Western Pomerania until September. 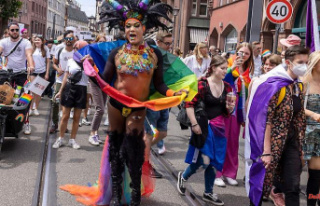