The number of corona infections in Mecklenburg-Western Pomerania has fallen significantly since the end of March. 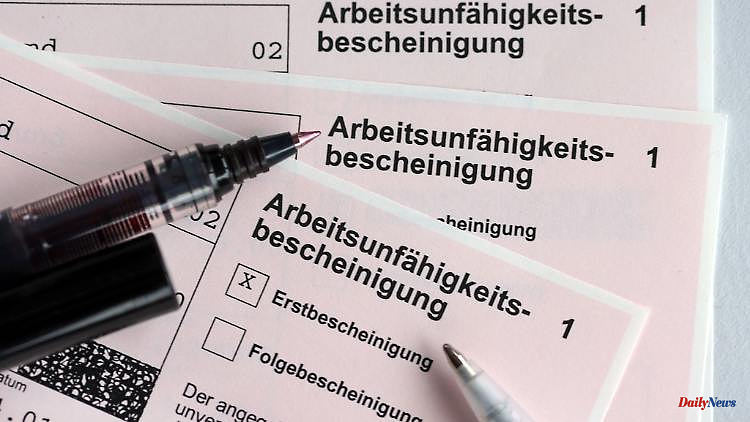 The number of corona infections in Mecklenburg-Western Pomerania has fallen significantly since the end of March. However, the situation among companies has only partially eased.

Schwerin (dpa/mv) - Despite the decline in the number of new corona infections registered, companies in Mecklenburg-Western Pomerania are complaining about a high level of sick leave. "Companies are not only concerned with the absence of employees due to their own illness. There are more and more cases in which employees have to stay at home due to a child's corona infection," said Sven Müller, Managing Director of the umbrella company association VUMV. Personnel and work planning is therefore still difficult, especially in smaller companies.

According to the Robert Koch Institute (RKI), the number of corona infections in Germany has increased significantly since the peak at the end of March - with a seven-day incidence of new infections per 100,000 inhabitants of around 1750 - by almost 90 percent to around 200 (as of early June).

With a drop from 2367 to 151, according to the State Office for Health and Social Affairs in the Northeast, the development was as rapid as the national average. Since the low point, however, an increase in the reported number of new infections has already been observed.

The development of the registered certificates of incapacity for work (AU) at the statutory health insurance companies AOK, Techniker and Barmer between the end of March and the beginning of June does not allow a uniform conclusion as to the extent to which the falling number of infections was accompanied by a lower burden on companies due to sick reports: the peak number of sick reports fell at AOK and Barmer coincided with the peak of the corona wave, but after that the development decoupled.

While a significant decrease in sick leave was observed at Barmer, this is significantly lower among the AOK insured. Overall, the Techniker Krankenkasse observed a minor impact of the pandemic on its numbers. According to the Association of Substitute Health Insurance vdek, the AOK in the north-east has over 400,000 insured persons, the Techniker says it has around 200,000 and Barmer gives this number at around 268,000.

With a view to the autumn, the employers' association has already called for more commitment from politicians. "The federal government is required to take all necessary measures at an early stage together with the federal states," said Müller. The pandemic is not over yet. 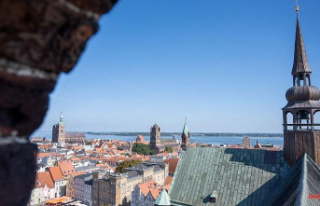