Schwerin (dpa / mv) - The state government should do everything possible to prevent a further thinning of the medical offer for babies and children in Mecklenburg-Western Pomerania. 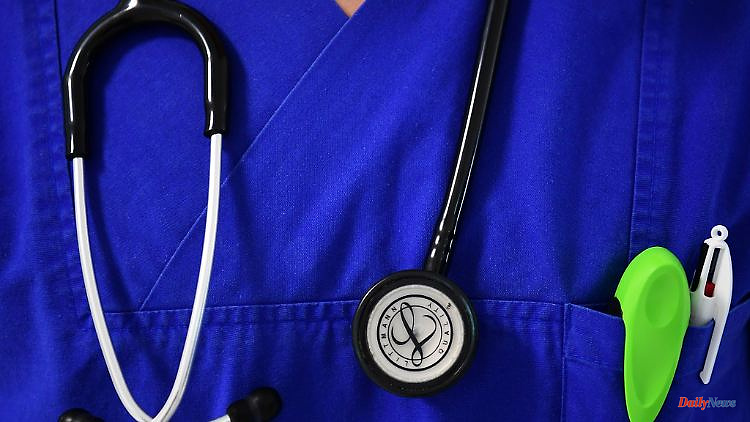 Schwerin (dpa / mv) - The state government should do everything possible to prevent a further thinning of the medical offer for babies and children in Mecklenburg-Western Pomerania. In discussions with health insurance companies and clinic operators, ways should be sought to avoid closures, it said on Tuesday after a special session of the social committee of the state parliament in Schwerin. The opposition also agreed to a corresponding resolution tabled by the government factions, said SPD MP Christine Klingohr.

"The application decided today includes the commitment to the locations and the expectation of the continuation of both the children's station in Parchim and the premature baby station in Neubrandenburg," said the FDP MP, Barbara Becker-Hornickel. But instead of warm words, Minister of Health Stefanie Drese (SPD) must now let actions speak.

The children's ward in Parchim, which has already been significantly reduced for cost reasons, is due to close shortly due to a lack of staff, and the perinatal center at the Dietrich-Bonhoeffer-Klinikum in Neubrandenburg at the beginning of 2023 due to the low number of cases.

Drese, who had canceled her participation in the state cabinet's two-day trip to Brussels because of the committee meeting, spoke of a difficult situation. There will be further talks with Asklepios, the operator of the clinic in Parchim. It is important that parents can continue to bring their acutely ill child to the emergency room in Parchim in the future.

She criticized the attitude of the AOK Nordost, which refused to talk about another exemption for the premature baby station in Neubrandenburg. "We have set up a commission to advise on hospital structures. Rejecting models from the outset will not get us anywhere," said Drese.

But Drese himself had to listen to criticism again from the opposition CDU. The ministry had already been informed about the situation in Neubrandenburg in April. It was not until August that the request for another exemption was forwarded to the health insurance companies. "The resulting time pressure is therefore a bit home-made," said CDU MP Katy Hoffmeister.

She expressed the fear that there could be further closures in the country's pediatric and adolescent medicine. "I'm not ready to put up with it. Manuela Schwesig urgently needs to make this a top priority," Hoffmeister demanded. The Prime Minister shouldn't just pick out the nice topics, she should also take care of the difficult tasks.

Harald Terpe from the Green Group described child and adolescent medicine and obstetrics in Mecklenburg-Western Pomerania as "emergency patients". "The state government has known this finding for a long time. Although the escalation of the conflict was foreseeable, it has shown a leisurely pace in recent months that was not appropriate to the urgency of the situation," complains Terpe. He called for intensive efforts to save the children's ward in Parchim and a willingness to engage in dialogue on all sides in order to prevent the impending closure of the premature baby ward in Neubrandenburg.

According to the left MP Torsten Koplin, the current problems in the clinics illustrate fundamental grievances within the health system. For example, the Neubrandenburg Perinatal Center has been working for years with a special permit for the very small premature babies. In addition, the financing of pediatric and youth medicine offers is based on "unspeakable case flat rates".