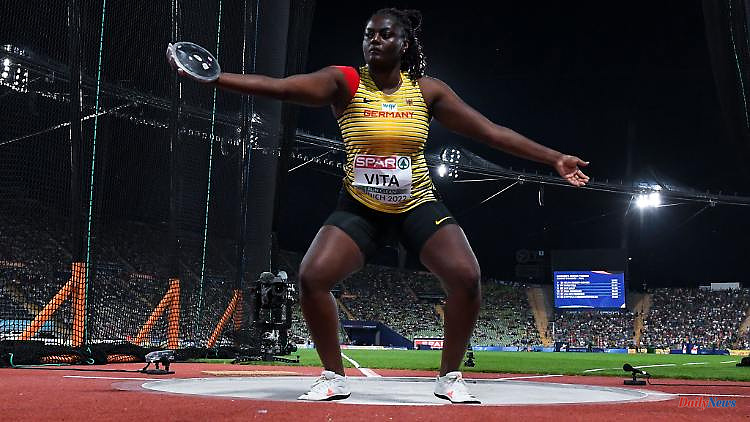 Neubrandenburg (dpa / mv) - Discus thrower Claudine Vita has won the first medal at a major international championship. The athlete from SC Neubrandenburg won bronze at the European Championships in Munich on Tuesday evening in front of around 40,000 spectators in the Olympic Stadium. "It was just an unbelievable competition. We came to the stadium, the hut was full and you knew straight away: Okay, it's going to be a great atmosphere again tonight with all the German finals," she told the website lichtathletik.de.

Ninth place at the Tokyo 2021 Olympic Games, fifth place at the World Cup in Eugene a month ago - and now the greatest success. The 25-year-old achieved a best performance of the season with 65.20 meters. "I'm just glad that it worked. My goal today was definitely a medal. The color is secondary then. I knew that the competition was super strong."

Gold went to defending champion Sandra Perkovic from Croatia with 67.95 meters. Kristin Pudenz from Potsdam took second place with 67.87 meters. "Kristin and I get along great, and when it was clear that we both had a medal, I was just really happy," said Vita, looking at the final classification.

1 Boost for enemies of democracy?: Protection of the... 2 London: Supply interrupted: Crimea could become a... 3 "Big Challenges": RTL Germany is repositioning... 4 Boom in the supply of properties for sale: interest... 5 "Shock beyond expectations": China's... 6 Energy money and gas price cap: How economists want... 7 Formula 1 boss makes demands: Big hurdles for F1 comeback... 8 "Simply done with the world": Abele turns... 9 More than just a show for spectators: Kaul is the... 10 Collision with another ship: woman dies in sports... 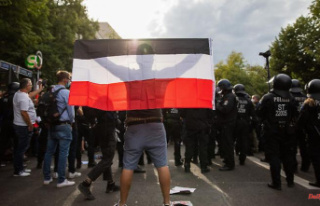 Boost for enemies of democracy?: Protection of the...