Mecklenburg-Western Pomerania: First glimpses of the new Königsweg on Rügen

Construction is still going on above Germany's highest chalk cliff on Rügen. 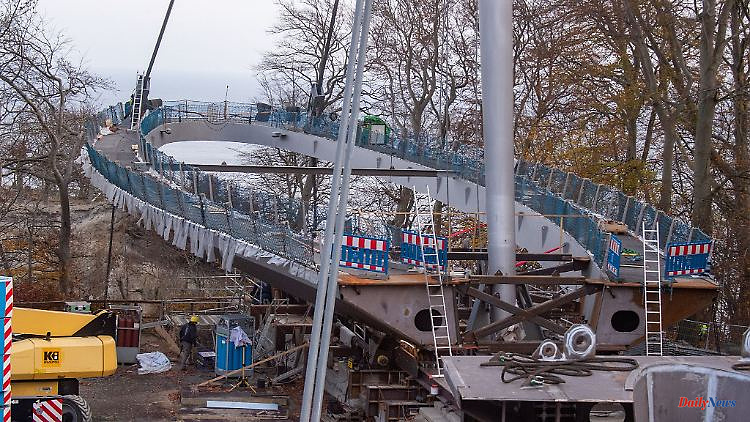 Construction is still going on above Germany's highest chalk cliff on Rügen. However, the new viewing platform already protrudes over the slope. After a break, the feed should continue soon.

Sassnitz (dpa / mv) - Little by little it went downhill for the new viewing platform above the Königsstuhl. The first advance of the elliptical steel structure towards the edge has been completed, said Franziska Trommer from the Königsstuhl National Park Center.

Now the welding work is on again. In order for the current horseshoe to become a closed ellipse, another part has to be inserted.

Not only the construction workers, but also Trommer was able to take a look from the circular path, which meanwhile juts out quite a bit over the Königsstuhl. "It's impressive," said Trommer about the view.

The direct view into the depths is new. The same applies to the top view of the Königsstuhl, which is now untouched again after the railings of the old vantage point have been dismantled. "It's also very unusual, but very nice." According to the National Park Center, the 118 meter high rock is the highest chalk cliff in Germany.

After the mast, which was more than 40 meters long, had been erected in mid-October, a hydraulic press pushed the platform attached to it with ropes piece by piece over the slope. According to Trommer, the further advance and the lowering to the final position are expected to take place at the end of November. Then, for example, railings would have to be attached and the cable construction finalized. The so-called Königsweg is scheduled to open in the spring of next year.

The previous vantage point on the rock was cordoned off at the end of September to protect the area from erosion. According to earlier information from the National Park Center, around 300,000 visitors normally come to the Königsstuhl every year. The first known mention of the Königsstuhl comes from 1584. Tourism is said to have started here around the late 17th to 18th centuries.

1 Baden-Württemberg: Evangelical Church must save 2 Hesse: More investment funds planned for Hessian hospitals 3 Bavaria: IHK final exams begin in Bavaria 4 Significant in Luhansk region: London: Moscow prioritizes... 5 Crime or defense?: UN to investigate killing of Russian... 6 Because of his unit's withdrawal: Activists:... 7 Support and dialogue: Faeser wants to travel to Qatar... 8 Kicks in the buttocks for and by FIFA: The best World... 9 Big event at the Brandenburg Gate: Scorpions come... 10 Saxony-Anhalt: Magdeburg clinics want to cooperate 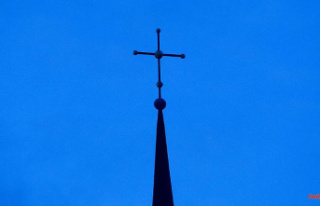 Baden-Württemberg: Evangelical Church must save