More than half of the once 3,000 shipbuilders are hoping for continued employment in the industry following the insolvency of the MV shipyards. 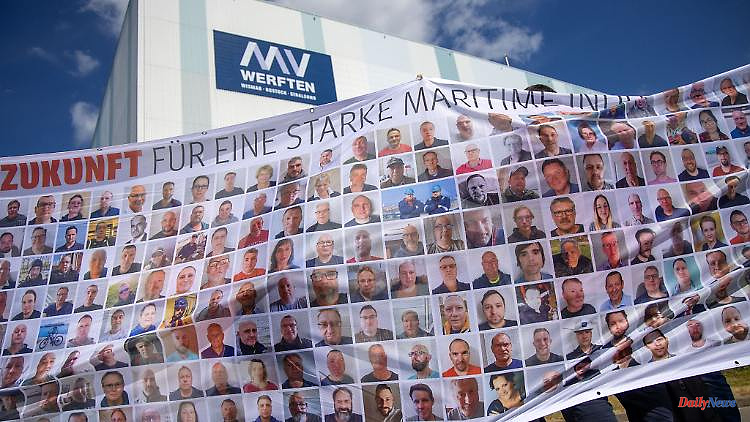 More than half of the once 3,000 shipbuilders are hoping for continued employment in the industry following the insolvency of the MV shipyards. A transfer company that lasts until autumn serves as a temporary bridge. There is already a solution for Wismar.

Schwerin (dpa / mv) - For 1500 employees of the insolvent MV shipyards, the threat of unemployment at the end of June has been averted for the time being. The state government in Schwerin approved a further extension of the transfer company until October 31 at the latest in a special meeting on Thursday. Up to 10.3 million euros from the MV protection fund will be made available for financing. "We are optimistic that we are taking the right measure to achieve the transition to further employment for those affected," said Economics Minister Reinhard Meyer after the two-hour consultation. The future is secured for the shipyard in Wismar: According to information from the German Press Agency, the Kiel armaments company ThyssenKrupp Marine Systems (TKMS) is taking over the site.

The previous financing of the transfer company would have expired at the end of June. After the bodies of the state parliament also agreed on Thursday evening, the additional money can flow. According to the government, almost 1,500 employees can benefit from the extension of the transfer company. For around 300, the maximum length of stay of one year has expired. Some of the once 3,000 shipyard workers have already found new jobs.

According to Meyers, there are "very serious interested parties" in taking over individual shipyard locations. Important decisions are to be expected in the coming weeks. "There is a future for the locations of the MV shipyards," said the SPD politician.

In the evening it became known that the Thyssenkrupp subsidiary TKMS wants to build submarines for the Navy in Wismar. Insolvency administrator Christoph Morgen wants to inform about the forthcoming takeover on Friday in Wismar. TKMS has long been considered the first contender. The submarine builder from Schleswig-Holstein has a large backlog of orders and is therefore planning to expand its capacities.

However, a seamless transition in Wismar is not possible. Cargo ships used to be built at the shipyard and cruise ships have been built since 2016. According to the information, extensive technical changes are necessary before a restart in the armaments segment. Meyer expressed the expectation that at least 800 shipbuilders will find new jobs at the shipyard from 2024.

According to him, the factory halls of the former cabin production in Wismar were acquired by the Eppendorf Group, which wants to build laboratory consumables from high-tech plastics there. As Meyer further said, there are also talks with the federal government about setting up a naval arsenal for ship maintenance and repairs in Rostock-Warnemünde. About 500 shipbuilders could be employed there.

The shipyard site in Stralsund was taken over by the city after the insolvency of MV Werften in January in order to develop a maritime business park there. Meyer promised the city help from the state. "The structural change at the Stralsund site is also very important to us."

Prime Minister Manuela Schwesig said that by supporting the transfer companies, the state government is showing that it is standing by the shipbuilders' side even in difficult times. "First of all, they prevent the employees of the shipyards from becoming unemployed. And at the same time they ensure that investors who are interested in the locations can quickly continue with qualified specialists." The time until the end of October should be used to develop perspectives for the locations. The rather gloomy forecasts at the beginning of the bankruptcy have given way to initial successes.

Since the insolvency of the MV Werften group of companies, which belongs to the Asian Genting group, there has been a struggle to continue the shipbuilding business. Most recently, cruise ships were built there on behalf of Genting. The crisis in the travel industry due to the pandemic had put the parent company deep in the red, so that the insolvency of the shipyards was inevitable, despite all offers of government help. 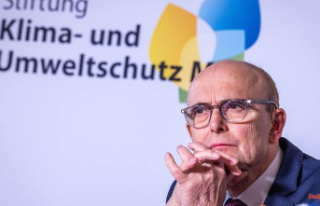